Who has branding rights over Japan donated ambulance to Gulu residents 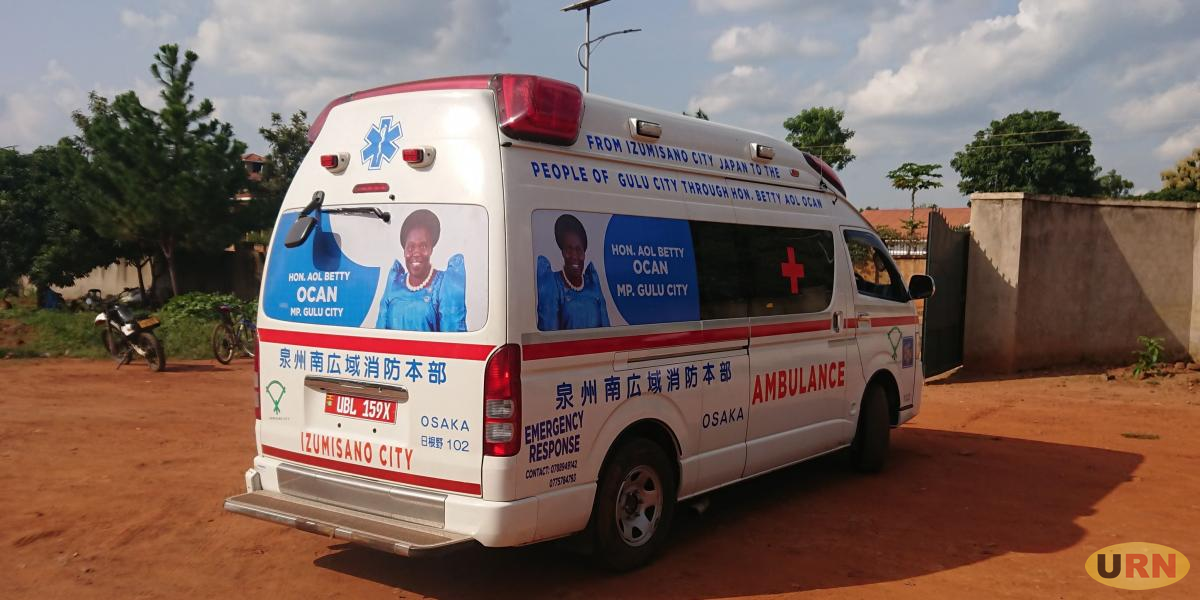 While the people of Gulu city wanted the ambulance to serve them and ease their health problems they sighted it being branded with the  Woman Member of Parliament Betty Aol Ocan as if she donated it. City Authorities say the Ambulance was initially meant for Gulu City Council but Labeja through his influence recently manipulated its paperwork in the names of the legislator.

Alfred Okwonga, the current City Mayor says his predecessor used his influence since he was in office at the time of lobbying to deny the city the ambulance over unknown motives.

He says they have engaged with the former Mayor but notes that he isn’t willing to corporate on the matter. “We shall continue engaging with both Labeja and Aol on this issue to ensure that the ambulance is returned to Gulu City Council,” he says.

Gulu City Clerk Isiah Tumwesigye says the city had been promised five ambulances from Japan through a cooperation deal the two cities entered years ago. He says they have so far received two but notes that they got surprised when the third ambulance arrived in the country but was cleared in the names of Aol.

Tumwesigye says: “We are going to write to the City officials of Izumisano to help us clarify if the third Ambulance sent was for Gulu City and part of the earlier promises or it was for the legislator. As far as I know, we were to receive five but two have already been sent. The city officials will do all it takes to recover the ambulance.”

Labeja however dismissed the allegations of diverting the ambulance saying he lobbied it for the people of Gulu city but not the city council.

He however accused the city officials of showing no interest in facilitating payments of clearance bills for an ambulance that was donated from Japan. Labeja says he spent 22.4 million shillings to clear taxes for the first ambulance delivered in 2020 and another six million shillings to clear the second ambulance from Mombasa port to Kampala in March last year. He notes that the ambulance spent more than a year at a car bond with city officials clearing.

According to him, his decision to channel the donation to the office of Aol was due to the lack of seriousness of the current city officials.
Gulu City Woman Legislator Betty Aol Ocan says the allegations that she stole the city council ambulance from a car bond are defamatory.

Aol says she has the right transfer documents for the ambulance from Izumisano city officials adding that the ambulance will serve the same purpose for the people of Gulu City.

City authorities are now considering taking the matter before the anti-corruption court alleging that the former Mayor used his office to receive a donation without declaring to the government in contravention of section 10 (1) of the leadership code Act 2002.

Section 10 (1) of the act states that a gift or donation to a leader on any public or ceremonial occasion, or commission to a leader on any transaction shall be treated as a gift or donation or commission to the Government or institution represented by the leader and shall be declared to the Inspector-General, but the government or institution shall keep an inventory of any such gifts.