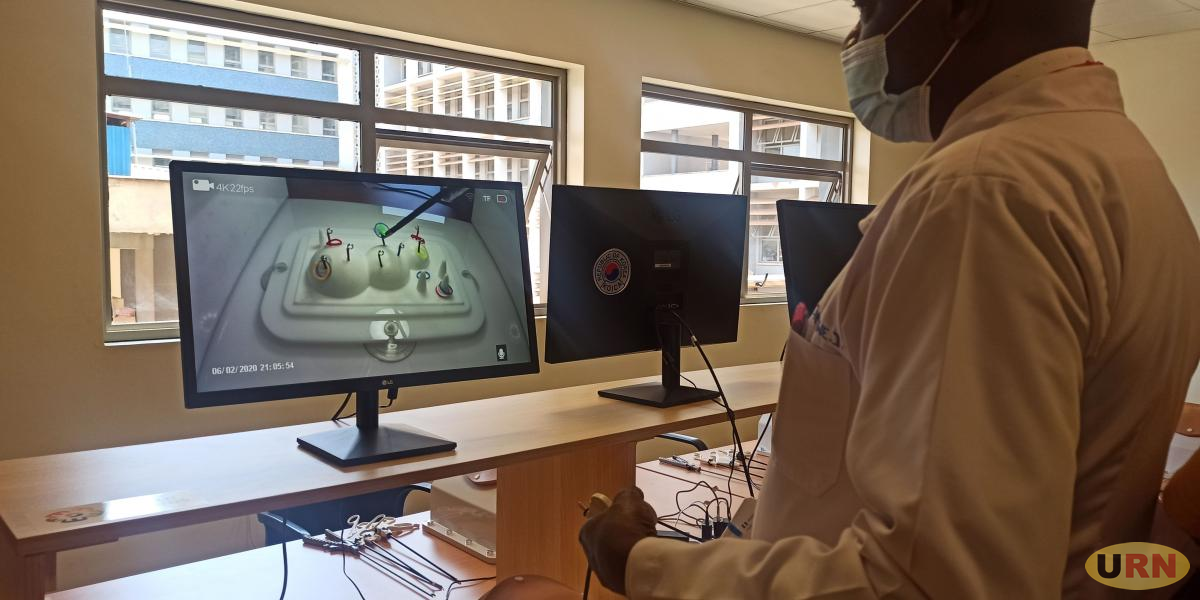 Surgeons are now offering clients an option of having endoscopy and laparoscopic surgery, which are relatively new in Uganda but have been in existence for decades in other countries.

The first laparoscopic cholecystectomy performed on a human patient was done in 1987 by the French physician Mouret. This was after 1986, following the development of a video computer chip that allowed the magnification and projection of images onto television screens, that the techniques of laparoscopic surgery truly became integrated into the discipline of general surgery.

Public hospitals such as Uganda Martyrs’ Hospital Lubaga, St. Francis Hospital Nsambya, Mulago National Referral Hospital, and Kibuli Hospital have started to use these minimally invasive surgical techniques that are also referred to as pinhole surgeries.

Patients in need of surgeries for conditions such as hernia, gallbladders, and some cancers like liver and stomach cancers can now opt for the option of having these minimally invasive surgeries – endoscopies and laparoscopies – which take place with the use of endoscopies or high-tech machines that are introduced into the body of the patient. They are a new service that traditional hospitals have taken on recently.

Dr Jopsephat Jombwe, a senior consultant surgeon and also the head of the Gastrointestinal Tract (GIT) Unit at Mulago says the surgical procures are just being introduced into the country because many Ugandan hospitals had no other alternative but to catch up with what was happening elsewhere in the world.

According to surgeons, three or four years ago, patients diagnosed whose gallbladder had to be removed had to undergo open surgery. During this method, a big cut or incision of about 15 to 20 centimetres or even 30 cm depending on the body of the patient is made to access the gallbladder.

For minimally invasive surgery using laparoscopy, for instance, a 1cm incision is made where a camera is passed. The camera is connected to a screen that the surgeon uses to know what is happening and what needs to be cut. In addition to the 1 cm incision, three more incisions measuring between 0.5 cm to 2 cms incisions are made. Through these incisions or working ports, instruments like scissors are operated to carry out the surgery.

According to Dr Jombwe, the surgeries are becoming popular in the country but few are carried out due to a lack of enough equipment.

“Many people like it for it is simple and comes with a shorter healing time compared to open surgeries where big cuts have to be made,” he said.

“Here in Mulago we carry out 36 procedures every month but this number could be more. We get 300 patients every month who qualify to benefit from the procedure but due to lack of equipment, we can only do that number.”

Dr Victor Kigoonya, the head of surgery at Kibuli Hospital says the number of patients that seek this surgery has increased over time because patients these days ask for it. He says four years back, few surgeries like this were carried out.

One of the major selling points of the surgery is its ability to leave very small or no scars at all. Dr Kigoonya adds that patients also ask for them because they come with quick recovery periods.

“Where a patient spent two to six weeks recovering after open surgery, for a laparoscopy, it can take 5 days. This means shorter hospital stays for patients,” he explains.

While the surgeries are popular, only a few are able to access them due to their price in private facilities but also the lack of equipment and the small number of doctors who can perform them.

According to Dr Jombwe, Mulago is the only hospital in the country that has 10 trained surgeons who can use the technique. However, this achievement is watered down by the lack of equipment. The hospital, which is the country’s biggest however, only has 4 four machines.

Dr Jombwe says that the hospital needs an additional six machines to be able to handle the big number of patients that they receive. But with each machine costing an estimated 1.0 billion shillings(USD 270,000), Dr Jombwe says it might be a while before the hospital is able to boast of having 10 machines.

The lack of enough machines means a few patients get surgeries according to Dr Jombwe.

“Every month we get 300 patients who need this surgery for different gastrointestinal issues, but we can only operate on 36 people,” he explains. “This means that the rest either wait until a new slot is available or undergo open surgery.”

For instance, the cost in a public hospital like Mulago is high due to the high price of consumables like staplers, dissectors and scissors that patients have to bear. On average, consumables of UGX 1.5 million shillings are used per surgery.

According to a hospital administrator at Mulago, the biggest challenge they have faced setting up these surgeries is the attached costs.
“In the beginning, minimally invasive surgery is expensive. The machines cost a lot of money but also the training of the specialists to carry out these procedures is not cheap and that is why few hospitals use this technology despite it having been around for decades in the developed world. But in the long run, the surgeries are able to pay for the investment.”