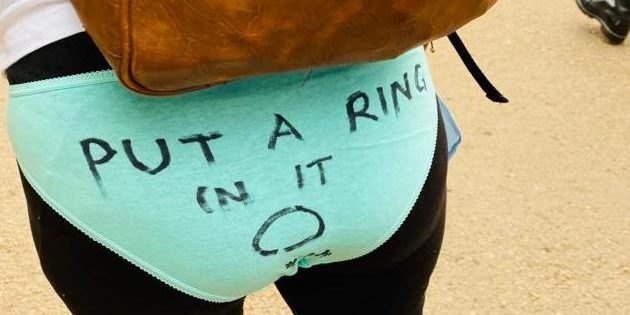 The Population Council, a global nonprofit research organization and developer of sexual and reproductive health pharmaceuticals, and the International Partnership for Microbicides (IPM), a nonprofit organization that develops HIV prevention technologies for women, have signed an agreement for the Population Council to acquire IPM’s dapivirine vaginal ring pipeline and other assets.

IPM and the Council aim to ensure a sustainable future for the ring program and expand women’s prevention choices.

The move comes after the World Health Organisation (WHO) in May, 2022 convened a massive call to talk about the future of the dapivirine ring – which was in danger.

PEPFAR said it won’t spend any funds on the ring outside of implementation studies (so no procurement) and USAID apparently is not interested in further supporting the research and development of the 90-day ring.

The organizations will work toward completing the transaction over the next two months, ensuring that all projects continue uninterrupted. Additional details will be announced when the process is complete.

The monthly dapivirine ring is the first long-acting technology approved for HIV prevention and the first product of its kind. Made of flexible silicone, the product releases an antiretroviral drug called dapivirine over the course of one month. Women can insert and replace the ring themselves. IPM designed the ring to offer women a discreet and long-acting HIV prevention choice that they can control.

“IPM’s commitment to women’s sexual and reproductive health and rights, and expertise in product development, align seamlessly with the Population Council’s mission. This acquisition will help us achieve our shared vision of ensuring women have affordable HIV prevention choices they can use on their own terms, especially in countries where the need is greatest,” said Dr. Zeda F. Rosenberg, Founder and Chief Executive Officer of IPM.

“In 2002, IPM set out to advance the field of microbicides, and we are extremely proud that we have succeeded in putting the first long-acting HIV prevention technology on the market. The monthly ring and follow-on products will have a great home and exciting future at the Population Council.”

Mitchell Warren, Executive Director, AVAC said; IPM has been a remarkable partner over the past 20 years – under Zeda’s leadership and with support from so many staff and partners and advocates, IPM pioneered not only the development of the first-ever licensed microbicide in the dapivirine vaginal ring, but also a way of working to advance science, policy, advocacy and stakeholder engagement. “But we all know that we still have so much work to do to make the ring an actual choice for women.”

Upon the transaction’s completion, the Population Council will add three IPM technologies to its product line: The monthly dapivirine ring, which has recently been approved in South Africa, Zimbabwe, and several other countries in eastern and southern Africa, with other regulatory reviews in those regions underway.

In countries where the dapivirine ring has not yet been approved, the ring is considered an investigational product.

Two products that are in clinical development: a three-month dapivirine ring that could reduce annual costs and provide additional convenience to women, and a three-month dapivirine–contraceptive ring that would give women greater choice and control over their sexual and reproductive health needs.
Upon the transaction’s completion, IPM will wind down its headquarters office in the US and close its doors, proud of its accomplishments over the past 20 years and confident in the Population Council’s commitment and capacity to carry IPM’s mission and products forward.
“I want to congratulate Dr. Rosenberg on her incredible achievement in founding IPM and making it into the global player that it is today. IPM is a leader in microbicide development and has been an important and valued collaborator over many years,” said Julia Bunting, President of the Population Council.
“We’re excited that this acquisition will accelerate the Population Council’s goal of ensuring sexual and reproductive health, rights, and choices and advance our journey to be the leading innovator of high quality sexual and reproductive health products for the global market.”
Category: NewsBy Health Journalists Network UgandaJuly 21, 2022Leave a comment
Share this post
Share with FacebookShare with Google+Share with TwitterShare with PinterestShare with LinkedIn