Low Turn Up for Covid-19 Mass Vaccination in Lira City 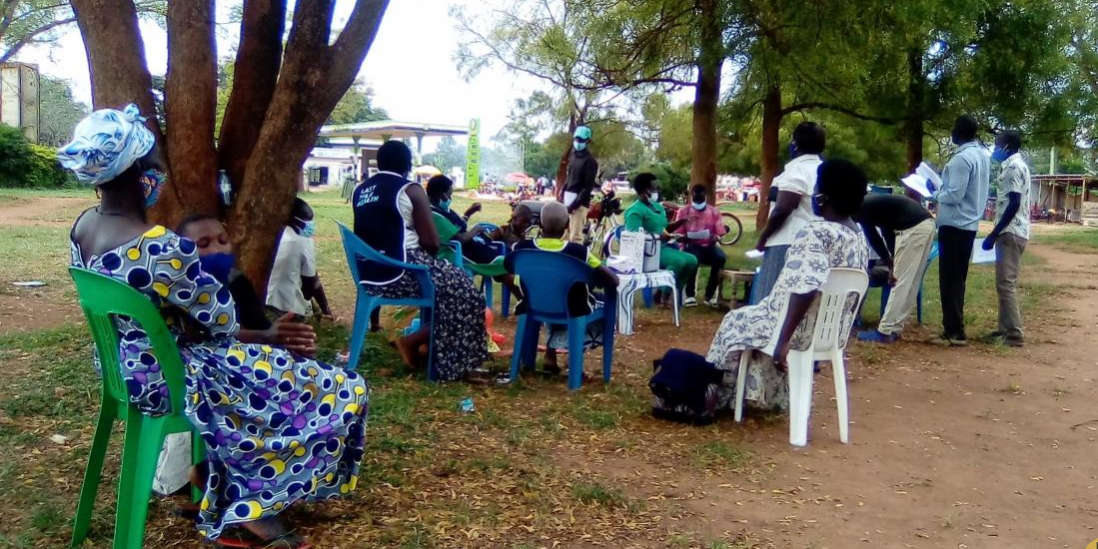 There has been a low turn up of people for the mass vaccination against COVID-19 in Lira City.

On Monday, the Ministry of Health launched the 7-day exercise in the Lango and Teso regions.

In Lira City, 15 vaccination points were set up in health facilities and public places that include places of worship, bars, taxi and bus parks and markets.  However, since Monday, the turn up has been low despite having a mass mobilization.

On Tuesday at Lira Cathedral Square, by 10 am, the health workers were ready to vaccinate, but there were no people. At Adyel Division and Lira Bus Park, the exercise started by midday and at the end of the day, only 67 people were vaccinated.

At Lira High Court premises, only 70 people had been vaccinated by midday and the team had to move to another location.  At Kicope, the team vaccinated only 40 people whereas, by 2 pm on Tuesday, they had vaccinated 68 people.

However, Molly Aceng, the health worker says the turn up is steadily improving compared to Monday

Grace Ajobi, a health worker at Cathedral Square says that the turn up was low and the exercise was also delayed because some of the requirements like the consent forms were not yet in place.

Ajobi is hopeful that the turn up could increase in the coming days before the exercise ends on Sunday.

Bernard Otucu, the Lira City Principle Health Officer says although the turn up is low, the exercise delayed in some areas because of a lack of implementation tools like the registration document.

Dorcus Agwa a resident of Akitenino village in Lira City West Division says that she is excited about the vaccination exercise. Agwa explains that she wants be vaccinated so that she is free to access services without any inconveniences.

Denis Okello, a Boda Boda cyclist said he will now get vaccinated since the vaccines are available, unlike in the past when he struggled to access the vaccines.

Tom Onyuti, a resident of Lira City West Division asked the youth and elderly to embrace the vaccination.