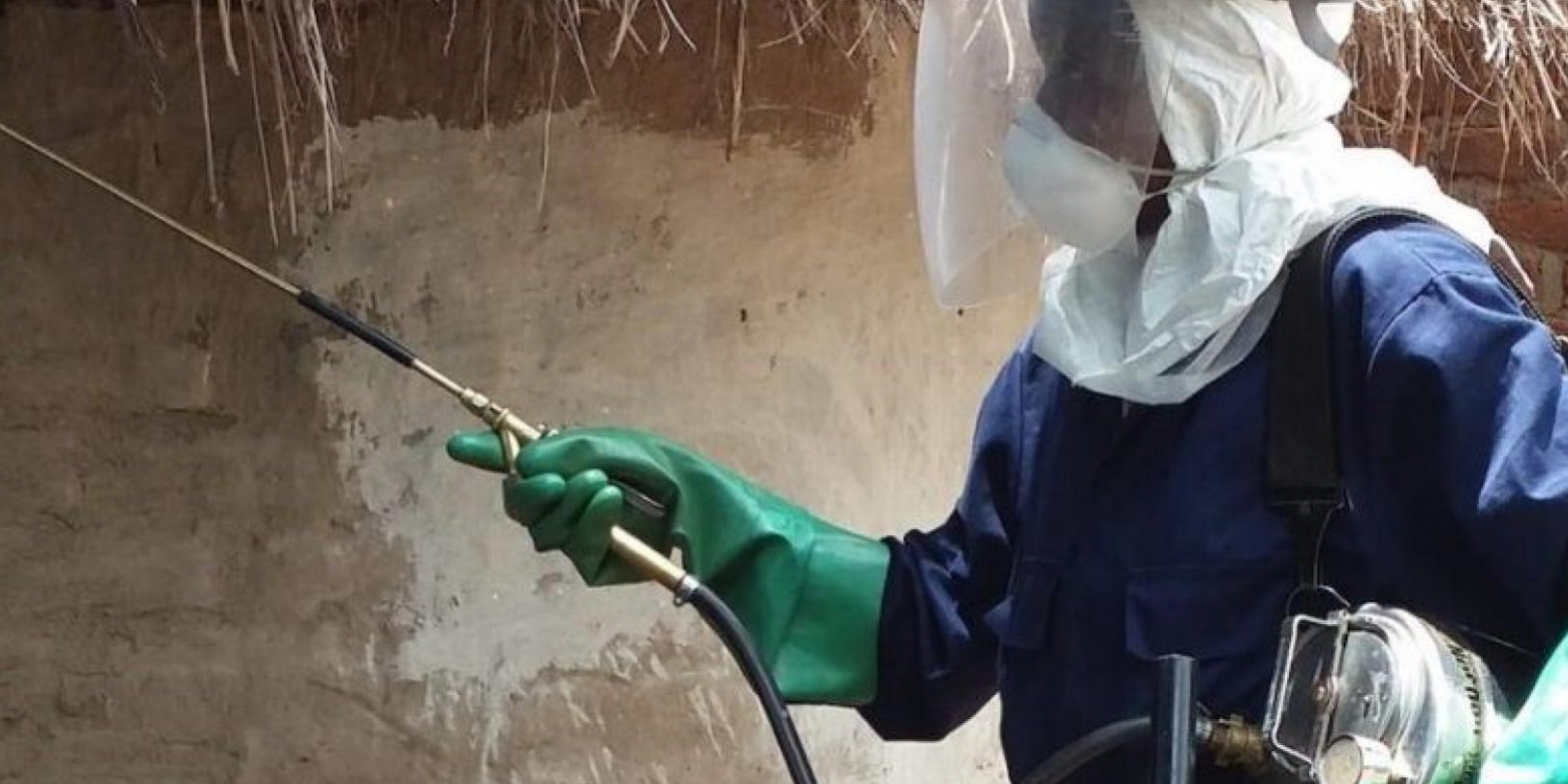 Indoor Residual Spraying involves coating the walls and other surfaces of a house with a residual insecticide.

The insecticide on the walls will kill mosquitoes and other insects that come in contact with these surfaces.

IRS usually kills mosquitoes after they have fed if they come to rest on the sprayed surface. IRS thus prevents transmission of infection to other persons.

To be effective, IRS must be applied to a very high proportion of households in an area usually  greater than 80%.

In November, the Ministry of Health launched IRS program to reduce the high malaria burden in West Nile and Lango subregions.

West Nile region has a 23 percent malaria prevalence, nearly three times more than the national prevalence that stands at 9 percent.

In November, the Ministry of Health launched IRS against the female anopheles mosquitos to reduce the high malaria burden in West Nile and Lango subregions.

The IRS program is funded by USAID under the Presidential Malaria Initiative and implemented by district and local government.

But several households in districts were the government is carrying out IRS are opposing the exercise deploying several tactics when the men with spraying pumps show up at their homes.

Some lock themselves in their houses, others hide in their gardens and pretend to be busy with their crops until the men carrying out the exercise leave.

Misinformation circulating around the area that the chemicals used can cause impotence is also heightening fears among the residents.

Others also have genuine concerns of the exercise compromising their right to privacy since the sprayers enter their houses with force.

Bassie Ajilong, the Terego Resident District Commissioner, says that her office has received numerous complaints from residents opposed to the program claiming that the chemicals have negative impacts.

She has vowed to take stern action against residents and leaders who will dare try to sabotage the program. According to Ajilong they have so far arrested one person from Katrini sub-county who assaulted one of the workers in an attempt to prevent his house from being sprayed.

Fosca Avijiru, a resident of Kulua village in Ejome parish has blamed the resistance by the locals on IRS for the absence of sensitization about the program. She says that many of the locals get scared when the spray operators arrive in their villages.

“I didn’t know about this exercise. I was only surprised when these people arrived at my home dressed like people who treat ebola. The local leaders need to sensitize us more,” she said.
Joel Otukibo, the Ocopi Parish councilor notes that there is a need for mass sensitization of the residents and local leaders if the targets for the program are to be realized.