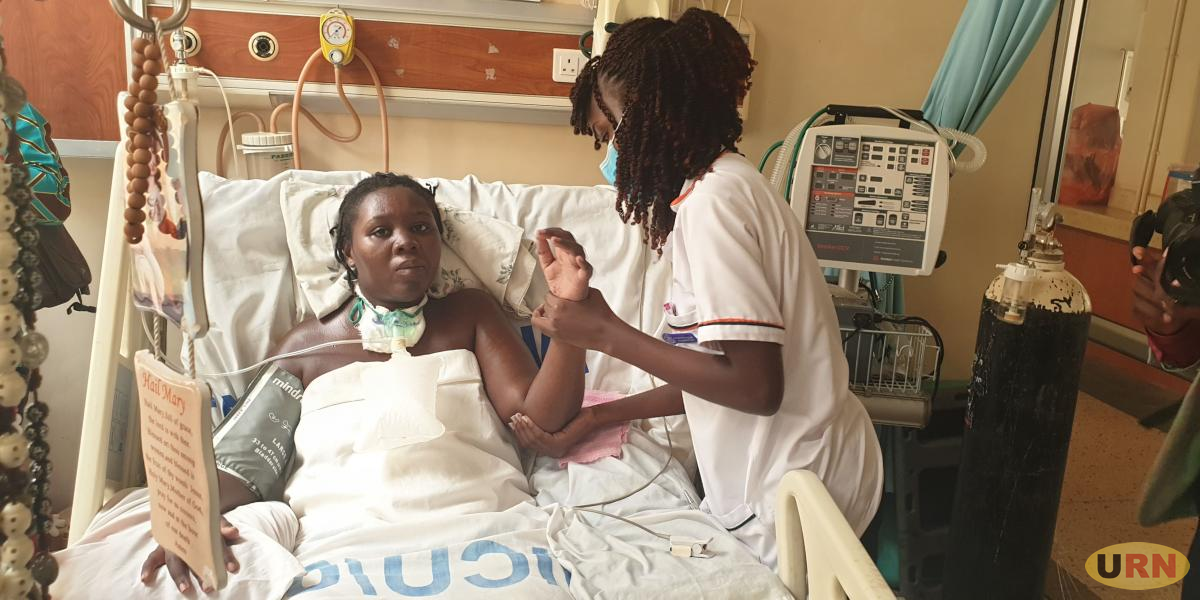 The World Health Organization (WHO) on March 11, 2020, has declared the novel coronavirus (COVID-19) outbreak a global pandemic.

While the rest of the world was battling with the COVID-19 pandemic and governments impose strict lockdowns that included the closure of schools, travel bans to help beat COVID-19 cases, Kirabo did not see it all. She will just be told stories of what happened.

Her two children are two years older now. At the time of Kirabo’s admission she had a nine-month-old baby.

By the time of her sickness, Kirabo was 27 years and worked as a secretary in the office of the Lwengo Resident District Commissioner. Her sister, Ritah Kyomugisha, says that Kirabo was found by her house helper who told them that she fell off her bed and became unconscious, and couldn’t speak probably after suffering from a stroke.

Indeed, after her family spent five hours at Masaka Referral Regional hospital they were told that she needed an intensive care unit because laboured breathing but the unit was dysfunctional. She was then referred to Mbarara Regional Referral Hospital were she has spent her two and half years.

Dr. Joseph Kyobe Kiwanuka, an anaesthesiologist says Kirabo has been his patient since he was a student until he graduated as a doctor making her the longest patient in the Unit. Dr. Kyobe says that they found out that Kirabo’s heart had stopped several times and they had to run several tests for some months to identify the cause and she was later diagnosed with a stroke in the skull base.

This kind of stroke doesn’t allow blood to move to the base of the spinal code, limiting the patient’s ability to breathe on their own.

Kyobe says that they inserted a tube in Kirabo’s tracheal system to help her breathe, explaining that she has been entirely dependent on oxygen even during the height of the COVID-19 pandemic in the country.

Rosemary Dusabe, the Nurse in charge of the Intensive Care Unit, says that Kirabo has been feeding directly through the stomach, and it is their responsibility to ensure that the environment around her is clean to protect her from contracting any infections. One of their challenges however, was the patients bathroom hours.

Currently, Kirabo uses a computer, a donation from her Physiotherapist Zilla Whitehouse from America to communicate when she is hungry or in need of excreting. She looks at the computer and creates sentences, which has eased communication with the health workers and other caregivers.

Dusabe says when Kirabo was admitted she was unable to communicate anything but she has gradually regained her sense of feeling in some parts of the body.

The challenge for the family are Kirabo’s accumulated bills. She also needs to be hooked on a breathing machine for the long term to enable her breathe.

However, the health workers attest to a mere miracle of Kirabo’s survival.

Dusabe says for the last six years she has headed the ICU unit as a nurse, Kirabo’s case has been remarkable and the longest. Most patients handled suffer from severe head injuries caused by accidents and they spend between a month or two at the hospital.

Kirabo’s sister, Ritah Kyomugisha, says since they were admitted to the ICU they have had financial challenges with paying for tests conducted outside the hospital and staying in the ICU. She says they used to pay 70,000 Shillings per night, which adds up to a least 3.5 to 4 million Shillings a month.

Kirabo’s feeding is also costly because of dietary restrictions, which cost about 2 million per month. Kirabo’s other sister Susan Mutesi, says that her sickness has affected them all. However, they are glad that she is alive.