Unanswered phone calls to Oulanyah tipped his colleagues of his illness 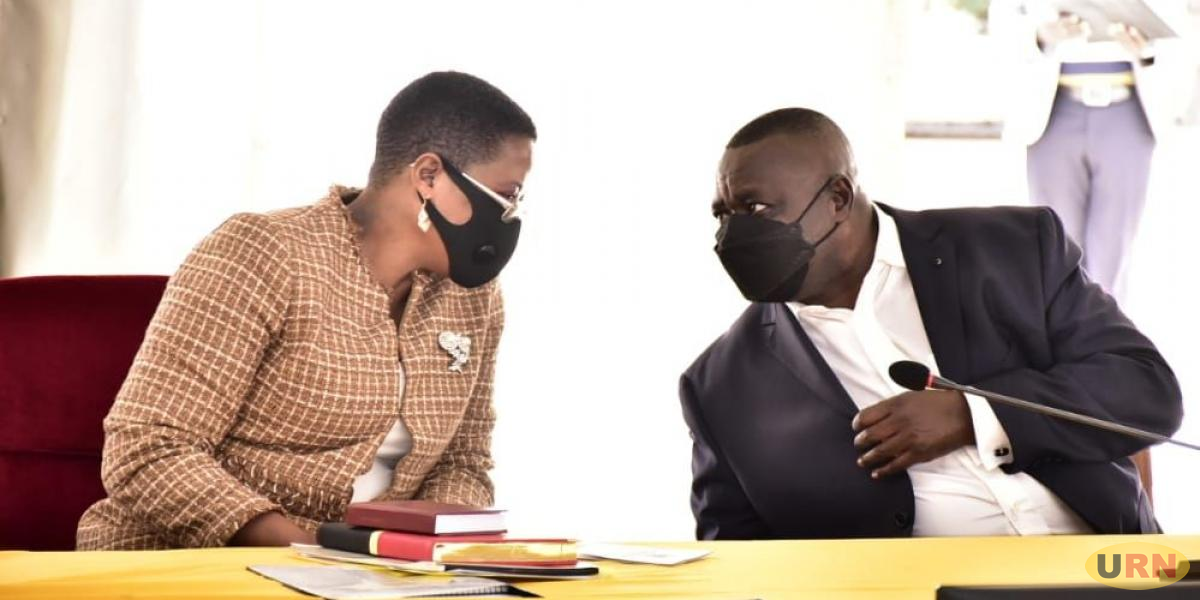 The Speaker of Parliament, Jacob Oulanyah had spent three days without eating when he was evacuated from his home in Muyenga to Mulago National Referral Hospital and eventually out of the country. The alert about ill health of Oulanyah started his failure to return phone calls for three days.

The Deputy Speaker, Anita Among and Oulanyah’s close friends intervened when he didn’t answer their repeated phone calls for three days.

Oulanyah was flown to Seattle, United States of America on February 5, 2022, for specialised treatment. He travelled with four people who included his personal doctor, paramedics and a relative.

It all started in late January when Chief Justice  Alfonse Owiny-Dollo and Democratic Party President General Norbert Mao made several phone calls to  Oulanyah with no response.

After three days of unanswered calls from multiple people including Oulanyah’s Deputy, Among, she decided to drive to Oulanyah’s home in Muyenga to check on him on January 29, 2022.  “She found him in his bed,” one MP from Teso Sub-region said. Adding that, “but he was not sleeping.”

The MP says that Oulanyah was unable to speak to Among who told him that she was concerned since he didn’t answer her phone calls for three days. Among noticed that Oulanyah was struggling to speak and was visibly weak. Oulanyah was also staying with only one female relative in his house but his security officers guarded the compound and gate.

“Among questioned this woman who was staying with Oulanyah on why she did not alert his security or picked up his calls to say he is not well, but the woman reportedly told Among that she did not have money to take Oulanyah to the hospital or make calls,” said a source.

“This infuriated Among who called Oulanyah’s head of security only identified as Odongkara and the parliamentary medical team to make arrangements for his transfer to Mulago National Referral Hospital,” the source said.

Another source, close to Oulanyah,  says that Chief Justice Owinyi-Dollo and Mao got in touch with Among when the speaker failed to pick up their phone calls. They supported the move to take him to Mulago National Referral Hospital.

“We all got concerned that Oulanyah had not eaten for three days when he was home because he had a swollen throat. He was very weak and was wheeled to the ambulance from his home to the hospital,” said another source.

According to sources, Oulanyah has been private about his health condition and usually does not want the public to know when he is unwell. “This could be the reason why many people including his deputy and close friends did not know that he was not well for over a week,” one source noted.

In her communication to the House on February 8, 2022, Among told MPs that Oulanyah had been sick for two weeks and had to seek further medical attention abroad. “When he was taken to Mulago Hospital,  his personal doctors recommended that he is flown abroad for specialised treatment,” Among said.

Among, Owinyi-Dollo and Mao couldn’t be reached to comment about their interactions with Oulanyah before and after his flight to Seattle by the time of publishing this story. Oulanyah’s health condition and illness remain unknown. However, some media reports say he is battling stage four cancer of the colon.

Matthias Mpuuga, the Leader of Opposition in Parliament told URN that he talked to Oulanyah after Among’s communication. He however declined to reveal what they discussed and whether or not Oulanyah was better. Onekalit says he last talked to Oulanyah on December 23rd, 2021. The Kilak South MP Gilbert Olanya and Maxwell Akora of Maruzi County wish him a speedy recovery.

Oulanyah was elected Speaker of Parliament on May 24th, 2021. He flew out of the country and spent one and half months after presiding over the reading of the 2021/2022 financial year budget last June.

At the time, several media reports indicated that he had tested positive for COVID-19 and was allegedly transported to Entebbe International Airport in an ambulance and carried on a stretcher to the plane that evacuated him from Uganda.

Chris Obore, the Director of Communications and Public Affairs, said Oulanyah had travelled to see one of his children in the United Kingdom. “He travelled to the UK, but this is in no way related to sickness or anything,  but to see his son whom he had seen in a long time,” he said.

Oulanyah thereafter returned to the country in late July that year. However, he was last seen chairing the plenary on December 21, 2021. One of the people close to Oulanyah, says that he started feeling unwell on January 3rd, 2022.

“He kept complaining about his throat being itchy.  He had just got swabbed in the throat for a COVID-19 test,” the source said. Adding that “He ignored the irritating throat for a week. But I think the tonsils got swollen later on and he was unable to swallow food. So we realised that he had not eaten for three days and could not talk by the time he was taken to Mulago Hospital.”

The same source adds that President Yoweri Museveni also got concerned about Oulanyah’s condition and supported efforts to fly him abroad for further management.

After his arrival in Seattle for treatment, protesters congregated at the Seattle Cancer Care Alliance for the demonstration that started on 7 February 2022 while chanting, “Jacob Oulanyah, not in Seattle’s backyard,” ridiculing the Government for spending UGX 1.7 billion ($480,0000) tax payers’ money on his one way flight.

The protestors who are allegedly allied to the opposition National Unity Platform – NUP party, took the streets of Seattle with placards written on “Officials from Museveni government are not welcome in Seattle.”

“Join our colleagues in Seattle in a peaceful protest against the Uganda dictatorship flying one of their corrupt and brutal officials for medical treatment in the US, while the regime has rundown hospitals in Uganda,” a post on UK Official People Power – NUP Facebook page read.

Lawmakers under an umbrella body, the Acholi Parliament Group – APG on Thursday made an offer to refund the UGX 1.7 billion while responding against protests by Ugandans in the Diaspora objecting to the admission of Oulanyah in Seattle, USA for treatment.

It is against this background that Anthony Akol questioned the motive of the demonstration yet several Ugandan dignitaries have been in the past flown abroad and many still continue to be referred overseas for treatment by the Uganda Medical Board.

Akol accused the NUP leadership for fueling the protests because they have not officially denounced the unpatriotic deeds of their diaspora supporters.

Martin Ojara Mapenduzi, the Bardege-Layibi MP in Gulu City described the protest as a barbaric attack on the health and life of the right thinking Ugandans rather than an attack on individual citizens.

But there is some agreement among the Acholi MPs as not all are for an immediate refund. Lucy Akello, the Amuru District Woman Representative asserts that they will only refund the money only if other previous government dignitaries who were flown abroad to seek specialized treatment are also compelled to refund.

And David Lagen, the Agago County Legislator expressed surprise that fellow Ugandans who have sought refuge overseas can have the audacity to block their compatriots from seeking treatment given the ailing health facilities back home.

Oulanyah was airlifted in the wee hours of Thursday 3 February 2022 aboard a chartered Uganda Airlines’ Airbus A330-800 neo that cost Parliament 500,000 USD for one-way trip. He was first admitted at Mulago National Referral Hospital before being discharged and flown.

The airbus registration code 5X-NIL reportedly flew from Entebbe to Keflavik, Iceland in a flight time of 10 hours 42 minutes before starting its second leg from Keflavik to Seattle which lasted 7 hours and 28 minutes.

Several Ugandans in the past who sought medical treatment overseas include President Museveni’s eldest daughter Natasha Kainembabazi. She was flown to Germany in September 2003 to give birth to her second born at an estimated cost of GBP 26,000, approximately 126 million shillings.

In March 2019, Rebecca Kadaga Alitwala, the Speaker of Parliament and now First Deputy Prime Minister and Minister of East African Community Affairs was flown out of the country to Aga Khan Hospital in Nairobi for specialized treatment. She returned to mock some unnamed people whom she said had been expecting her to die outside under treatment.

In August 2018, Francis Zaake, the Mityana Municipality legislator was also flown to India for specialized treatment of deep wounds he sustained following his torture by Special Forces Command (SFC), an elite unit of UPDF which protects the President.