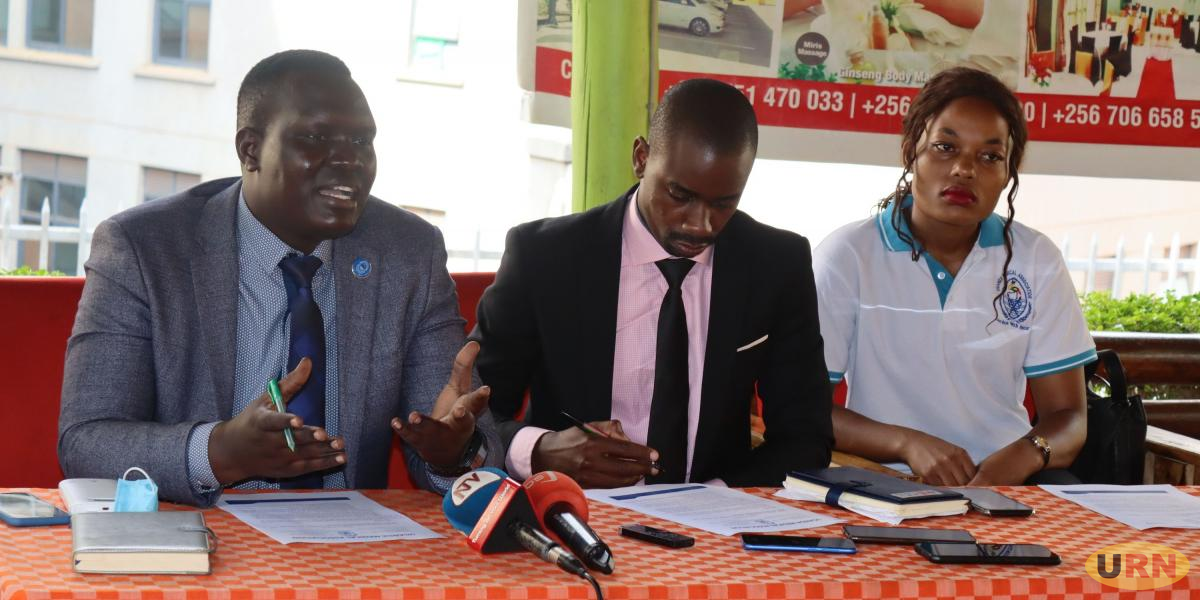 The Uganda Medical Association (UMA), the professional organization that brings together all the qualified and duly registered medical doctors in Uganda want the Government to grant them unrestricted and timely access to torture victims in detention facilities to save their lives.
The Association officials were responding to recent incidents of torture involving physical bodily harm of Satirical Novelist and Pen Award Author, Kakwenza Rukirabashaija and Samuel Masereka, the National Unity Platform – NUP party coordinator in Kasese Town. Kakwenza on Wednesday fled Uganda to Europe without his passport.

He highlighted other prominent examples of torture in the recent past involving Members of Parliament, Muhammad Ssegirinya and Allan Ssewanyana including other victims of pre and post-election violence in January 2021.

According to Dr. Oledo, sometimes security personnel intimidate Doctors in line of duty not to dispense care to torture victims, a practice that undermines their ethical obligations under the Hippocratic Oath where they committed to saving lives.

The medical practitioners emphasized that torture of suspects and convicts does not only lead to physical trauma but also affects mental health leading to anxiety, depression, and sometimes psychotic problems.
They rallied other Doctors to denounce, document, and report cases of torture to relevant authorities for action in the event that survivors show up at different health facilities to seek medical care.
Last week, opposition legislators from the National Unity Platform-NUP, Forum for Democratic Change –FDC, Uganda People’s Congress –UPC, Democratic Party –DP, and Justice Forum –JEEMA walked out of plenary to protest the torture of citizens by security operatives, detention without trial, and missing supporters.
The Leader of Opposition in Parliament – LoP, Mathias Mpuuga, who led the walkout accused State actors of extrajudicial killings, arbitrary arrests, and detention as well as the disappearance of citizens in all parts of the country.
As for Kakwenza, his troubles started on  December 28, 2021, when he was arrested from his home in Kisaasi, a Kampala suburb, and held incommunicado until January 11, 2022, when he was produced in court on two cases of offensive communication.
According to the Prosecutors, Kakwenza used his Twitter handle @KakwenzaRukira to post a series of tweets about President Yoweri Kaguta Museveni and his son Lt General Muhoozi Kainerugaba with no purpose of legitimate communication. In one of the tweets, Kakwenza refers to the President as an election thief and in another, he calls Muhoozi overweight and intellectually bankrupt.
The prosecutors argue that the communication was wilfully and repeatedly used to disturb the peace of the president and his son.
But Kakwenza indicated that while in the custody, he was allegedly tortured by the Special Forces Command under the orders of Lt General Kainerugaba and he presents visible wounds on all his body parts except his head.
It’s also yet to be verified whether Kakwenza was aided to move in those countries or if he indeed created his own path.
In the past years, several people opposed to the leadership of President Museveni including his rival  Col Dr. Kiiza Besigye and General David Sejusa the former Coordinator of Intelligence Services fled the country for their own safety but later returned to the country even when Museveni is still the sitting President of Uganda.
Besigye fled complaining over constant harassment by CMI agents under the command of the late Brigadier Noble Mayombo while Sejjusa fled after ordering an investigation of a possible sinister plot to neutralize people who might stand in the way of Muhoozi seeking to become president.
Torture in custody remains a problem in Uganda’s democratic governance system despite the country enacting anti-torture legislation. The Government has repeatedly denied any involvement in torture. Between 2012 and 2016, the Uganda Human Rights Commission – UHRC received over 1,000 cases of torture from suspects while in police custody.

Throughout the  COVID-19 lockdown spanning 2020 and 2021, the Commission received 238 torture complaints involving (203 females and 35 females).  Of this, 150 cases were recorded against the police, 83 against the Uganda People’s Defense Forces – UPDF and three against Prison authorities.