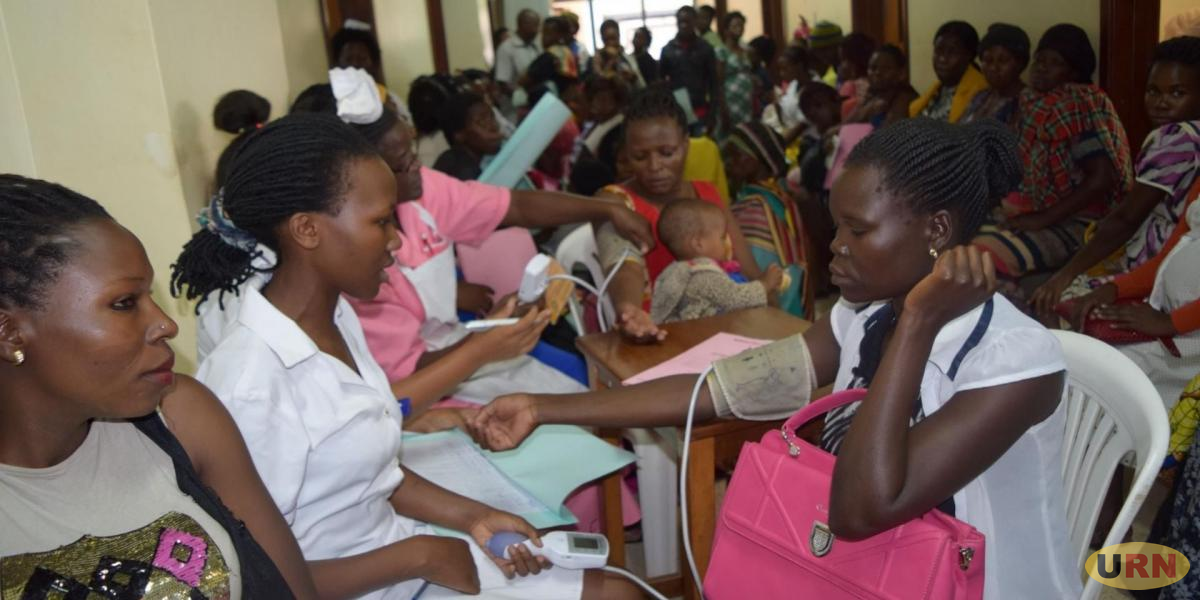 Researchers are recording increased cases of pre-eclampsia after childbirth among women who had no prior history of high blood pressure. Women in Mbale are at a higher risk of getting affected with pre-eclampsia.

Pre-eclampsia is responsible for ~25% of deaths during childbirth in sub-Saharan Africa according to research.

Pre-eclampsia refers to a condition during pregnancy where an expectant mother develops high blood pressure.

The condition is characterized by mothers having fluid retention or protein in their urine. It is mostly detected in the six months of pregnancy and can be managed by using magnesium sulphate.

Dr. Richard Mugahi, the Assistant Commissioner in charge of Maternal and Child Health at the Ministry of Health says they have noticed an increase in the number of women who develop the condition after delivery.

“We are seeing healthy women with no previous history of high blood pressure developing it three weeks after delivery. This is very dangerous because there’s minimal suspicion that women can develop pressure after delivery,” he explained.

Most of these cases are being detected in women in the first 24 hours after birth. The Ministry of Health estimates that 186 mothers die due to Pre-eclampsia per month but this is contested.

Dr Annette Nakimuli, an Associate Professor of Obstetrics and Gynecology & Dean of the School of Medicine at Makerere University says that it is hard to estimate the actual number of cases of mothers suffering from postpartum pre-eclampsia.

“It is hard to know the actual number of women who suffer from postpartum pre-eclampsia since you would have to rule out the mother did not suffer from it prior to delivery. We know the cases are there but it is hard to put a number to it,” she said.

But also unlike other major causes of maternal mortality, the pathogenesis of pre-eclampsia is only partially understood and there is no way to predict, prevent, or treat the symptoms (currently the most effective treatment is delivery of the baby)

Women who are likely to suffer from the condition are; older women, obese persons, and women who have previously suffered from pre-eclampsia. If the condition goes undetected, it can lead to pulmonary edema, stroke, kidney failure, blood clots, and even death.

Uganda celebrated the National Pre-eclampsia day in Mbale on Saturday.

According to Dr. Mugahi, Mbale was chosen to create awareness about the condition in the area since it has the highest number of pre-eclampsia cases in the country.

Records show that the condition in the 2020/2021 financial year was responsible for 67 percent of all admission among women while 40 put of the 65 deaths in the same period were due to pre-eclampsia. According to Dr. Mugahi, they are carrying out investigations to ascertain why women in Mbale are at high risk of developing the condition.

In 2021, Dr. Nakimuli was named among the inaugural cohort of 14 fellows from eight African countries—eight women and six men— under the Calestous Juma Science Leadership Fellowship program.

Named after the late Calestous Juma, one of the world’s foremost visionaries in African-led science, the fellowship was launched at last year’s annual meeting to support the next generation of scientific leaders in Africa.

Each fellow will receive up to $1 million over five years.

Dr. Nakimuli’s new research under the project is predicting risk of great obstetrical syndromes (GOS), including pre-eclampsia, in African populations. It complements her previous prospective case-control studies and expands knowledge on causes of GOS in SSA.

Furthermore, by use of AI in data analysis it is likely that socio-demographic causes can be more easily identified. Ultimately, this study will establish a resource on the course and outcomes of pregnancy in Africa, and update risk-factors for pre-eclampsia in SSA – thereby allowing at-risk women to be selected for closer follow-up/monitoring, and identify targets for therapeutic interventions, she said.

Its under Grand Challenges Global Call to Action funded by the Bill & Melinda Gates Foundation is a 10-year initiative that prioritizes grants to scientists from low- and middle-income countries and supports a balanced representation of women principal investigators.

This long-term initiative is designed to ensure scientists and institutions in low- and middle-income countries play a central role in shaping the global R&D agenda and developing solutions that can better meet the needs of their communities.