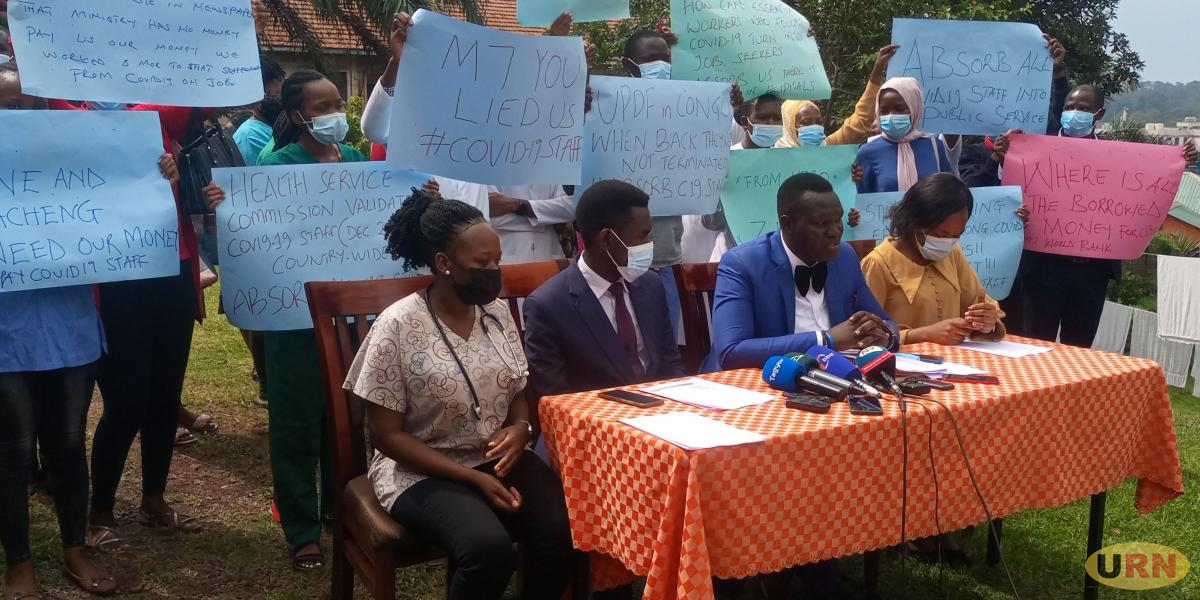 About 700 Uganda health workers who were deployed in COVID-19 treatment units in National and Regional Referral hospitals under the Emergency Response arrangement have to leave work now.

The Ministry of Health hired up to 700 health workers under the emergency response to help in the fight against COVID-19. These included anaesthesiologists, lab professionals and nurses among others.

Health Minister, Dr. Jane Ruth Aceng has asked the health workers to leave immediately even as the government still owes them arrears in payment for their services.  In fact, even some families of doctors who died during the pandemic have not received their compensations.

Aceng was speaking shortly after members of the Uganda Medical Association (UMA) staged a protest threatening to sue the government.

They were reacting to a letter by the Health Ministry Permanent Secretary, Dr Diana Atwine terminating the contracts of the affected health workers effective March, 30th, 2022.

Aceng says that the health workers can’t cling to the job because of non-payment. She, however, acknowledged that some of them are demanding arrears of up to six months.

Dr. Samuel Oledo, the President Uganda Medical Association, says that the health workers feel used and dumped because the government promised to absorb them into the current workforce once the pandemic is over.

He quotes a November 2021 notice by the Health Service Commission where hospitals were notified about a validation process with assurances to health workers that they would be deployed in various health institutions across the country.

It’s not clear how many of these are being laid off but Oledo says that they all ought to be absorbed considering the need in the health facilities. He cites Moroto hospital, which has eight doctors but six were deployed under the emergency response programme and are expected to leave.

“They were redistributed in the different wards in hospitals. Now you are saying you did a good but go back home. Health workers are soldiers of disease. My team was in Karamoga region and it has only eight doctors,” says Oledo.

Aceng says they will slowly be absorbing the health workers as funds become available. For now, she says they have directed hospital directors to ensure that the outgoing teams hand over government property that was in their possession.

UMA alleges that many of their colleagues have suffered complications such as breathing difficulties and died in the line of duty but their families have not yet been compensated. With such events, Oledo is worried that they may go on strike again in May if they don’t see any indicator of their salaries being enhanced come July, which was the condition for calling off their strike in December last year.