Only 4% of Mbale Youths Know How to Use Condoms 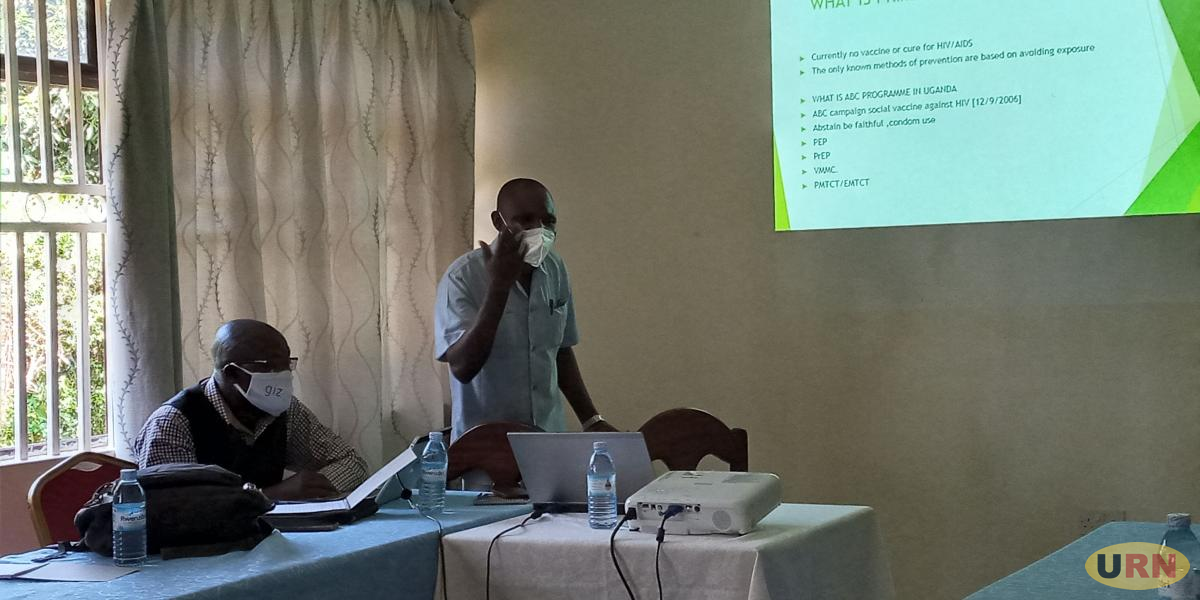 Ninety-six percent of Mbale youths do not know how to use condoms.

Speaking during a science cafe organized to train journalists on health reporting this afternoon, Robert Wandwasi , the district Community Development Offcer -CDO disclosed that only 4% of the youths in Mbale know how to use condoms, with vast majority using them wrongly.

CDO Wandwasi, who is also the the HIV/Aids focal person for Mbale district said the the  recent survey which established the alarming situation covered youth aged between 15 and 24 years who are the majority.

The CDO lamented the dismally small number of those who managed to answer the questions that were posed to them about condom use were very few, which informed  their conclusion about hazards facing the youth in Mbale district.

Wandwasi also noted that the rate of infection in boys is lower than that in girls, explaining that it now stands at 3.7% in boys and 7.3% for girls.

Teddy Nabuzale a peer educator for the Mbale network of young people living with HIV said they have been sensitizing the youths on how to use condoms and above all giving them out freely and they are still doing the same.

She however acknowledged the challenge saying most youths when talked to say they prefer live sex something that may expose them to HIV.

Dr. Bernard Maumbe the Senior Medical officer Busiu health Centre IV in Mbale district said most people have always run to him for rescue after wrong use of condoms.

He advised them to stick to the advice given by those in the field so as to avoid cases of HIV and AIDs which are on the increase among young people.