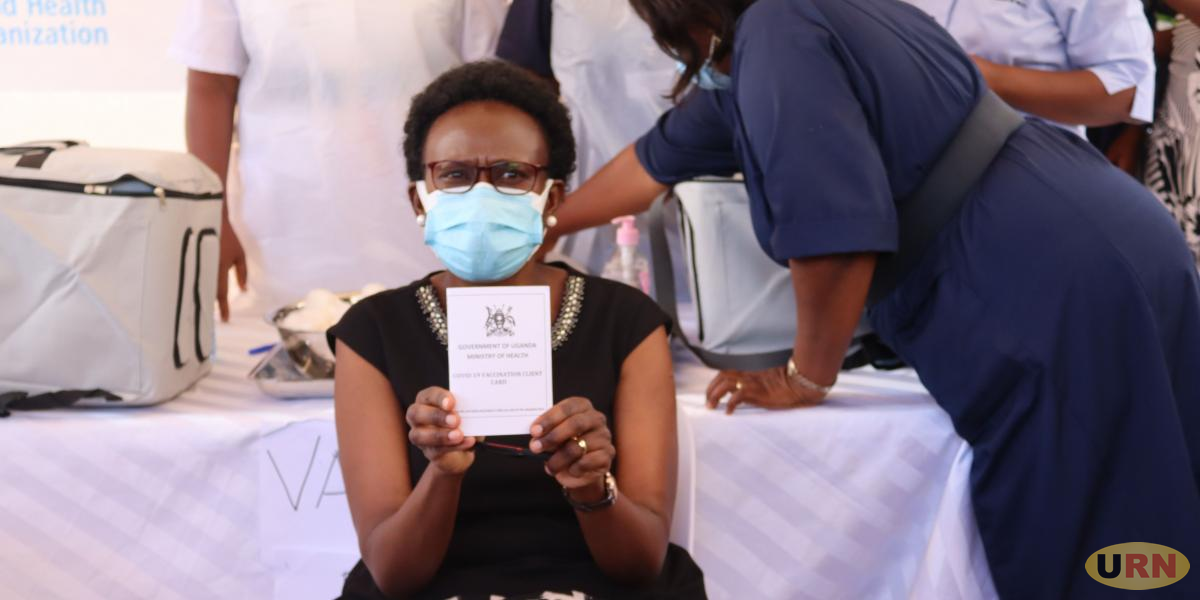 Godfrey Semanda’s reality hit home when he was denied services because he was not vaccinated.

Semanda, a resident of Nabweru, Kira division in Kira Municipality, is probably one of the many residents who have been denied access to government programs especially when the country was battling the peak of Covid19.

At the peak of the Covid19 pandemic, the government declared total and partial lockdowns in a bid to control the spread of the highly contagious disease.

But Semanda tasted the real segregation for not being vaccinated in the second total lockdown that started in June up to early August last year.

At the time all income-generating activities had been shut down. The government deemed it fit to extend financial and food stimulus to the most affected people. Semanda was among those that quickly queued to benefit from the relief arrangements but was thrown out the cue because he was not vaccinated.

‘’I was denied a chance to register and I did not receive the money because I wasn’t vaccinated,” Semanda explains.

He says the discrimination was unleashed on him at Kira division headquarters where he was boldly told that he could not register himself for both money and food aid because he did not possess a vaccination card.

Although it has taken more than a year, Semanda says he still feels pain that he was discriminated for exercising his right to decide which vaccination or treatment to take.

“The government told the vulnerable people to register in order to get Shs100,000 and I was one of those that really needed that money. I went to register and I was denied. I feel sad up to now because it was my right to benefit from the government’s facilitation. It was not right to deny me the opportunity for not being vaccinated against Covid19,” Semanda says.

Among the requirements, one needed to get the money as had been set up by Kira Municipality included presenting a National ID and Covid19 vaccination card. Asked why he did not vaccinate against Covid19, Semanda responds that he was scared because of numerous conspiracy theories.

“I hesitated to take the jab due to the overriding conspiracy theories that had left me fearing for my life. I feared the vaccine, that’s why I did not go for vaccination,’’ Semanda explains.

At the time Covid19 vaccines were being rolled out worldwide, unfounded stories emerged on social media that the jab was causing sudden death, impotence, barrenness, sudden death, heart diseases and blood clots.

Similarly, John Munolo, a resident of Kabalagala, explains that Covid19 came at the time his furniture business was picking up. The closure of the country’s activities because of Covid19 emerged to Munolo as a street rumor.

When he came to terms that indeed the government had imposed a lockdown, Munolo heard the news that the government was to distribute free food. Kampala, Wakiso and Mukono were among the districts selected to benefit from free food.

But Munolo explains that he did not get the food because his area chairman said the stimulus was meant for people who had lived in his village for at least five years. Unfortunately, Monolo had just spent two years in the area.

As a person who knows about his rights. Munolo challenged the area leadership that what they were doing wasn’t right because the food was meant for everyone.

But another hurdle was presented to him and this required him to present a Covid19 vaccination card. “l felt so bad but I would not explain more because there are many poor and elderly people living in our zone and hardly had something to eat. I am lucky that I could afford my own food despite the financial challenges brought by the lockdown at the time,” Munolo explains.

According to the Uganda human rights commission’s 2020 report on the state of human rights and freedoms in 2020, the government is credited for full filling its obligation to enjoyment the right to food by providing relief food to vulnerable persons who could not feed themselves because of the lockdown across the country.

Najib Kasule, a human rights lawyer and member of the public interest lawyers’ network, explains that Semanda and Munolo were discriminated and yet every Ugandan has a right to any relief from the government they need.

If the Semanda and Munolo chose to pursue legal means for being discriminated, Kasule believes they could have a good case against those who refused to register them or denied them the stimulus they badly needed.