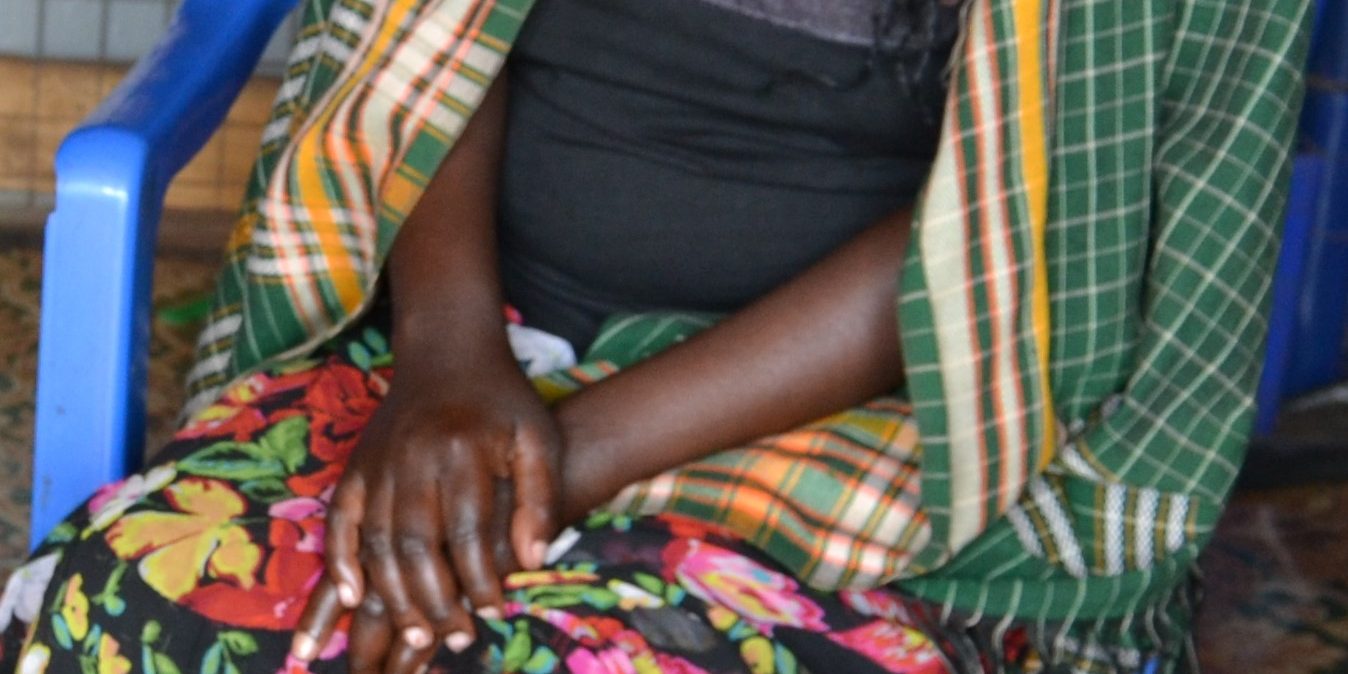 It is thirteen minutes to midday, Mariam Namakula, sits down to narrate her ordeal with security men enforcing directives intended to control the spread of Covid-19.

Uganda recorded her first case of Covid19 on March 21 last year and this was followed with a total local down.

Namakula starts by showing scars on her both legs. She claims she sustained the wounds that left the scars when Local Defence Units –LDUs accompanied by soldiers and policemen pounced on her at about 10 minutes to 7pm.

The 38-year-old mother of three children recalls that the security personnel came on a Police Patrol vehicle and started beating whoever they came across even though it was not yet curfew time that was starting at 7pm.

She describes the day brutality was unleashed to her as double tragedy. This is because she first developed serious headache that forced her to rush to a nearby clinic to buy some painkillers.

Unfortunately, she encountered the joint security team on her way back and she was reportedly beaten to the extent of making her crawling.

“I had spent the day feeling weak. When it was approaching 7pm, I developed serious headache. I looked at the watch and I realized there were more than 25 minutes to curfew time. I decided to rush to a clinic and get myself painkillers so that I could sleep well,” Namakula narrates.

Namakula suspects the LDUs, soldiers and policemen were more than 10 in number but she was mostly beaten by LDUs. She recollects that when she saw the men jumping off a patrol, she attempted to run for safety. But as fate would have it, she slid and fell down.

“They beat me and I became helpless. Other men left to run after others people but one LDU remained beating me up. They had guns and I was a civilian. I don’t know why they chose to beat me instead of arresting me if I had committed a crime. By the time they left me, I could hardly walk. I was crawling,” Namakula narrates.

Namakula is one of the very many people who have been victimized by security agencies in the guise of enforcing president Yoweri Museveni directives and guidelines issued by ministry of health all aimed at stopping the escalation of Covid19.

To emphasize his points on brutality, Museveni showed videos of a policeman woman severally beating a helpless lady on streets of Kampala in the just concluded second lockdown.

Other images Museveni showed and condemned were of suspects in the June 1st shooting at former Chief of Defence Forces CDF, Gen Edward Katumba Wamala.

The attack which was delivered at Kisota road in Kawempe division of Kampala left the four-star General’s daughter Brenda Nantongo and driver Sgt Haruna Kayondo killed on spot.

But human rights lawyers have different opinions about Museveni’s speech condemning security brutality. Lawyer Umar Nyanzi, a member of Muslim Centre for Justice, says it was good for Museveni to come out and speak about torture and brutality.

Nyanzi believes security forces have committed several anti-human incidents such as beating of civilians claiming to enforce Covid19 as well as torturing of suspects which needed a voice of the person of the president.

“Torture is a very important aspect in law and in human rights perspective. Since torture has been prevalent, you all know when suspects in Gen Katumba were tortured and it was becoming a trend. It was important for the president to come out and condemn torture as unacceptable,” says Nyanzi.

Another rights defender, Najib Kasule, who is also a member of the Network for Public Interest Lawyers, argues that Museveni wanted to clean his hands as president so that his not held responsible in future.

Kasule says Museveni could be preparing for life after presidency and he will not be accused of ordering for torture when he actually condemned it on television and even exhibited letters written to commanders to refrain their juniors on their actions.

“In the legal perspective once you commit a crime like torture you don’t blame your boss. If Museveni has letters condemning it, you can’t accuse him of supporting torture. It is a defense strategy,” Kasule reasons.

Nyanzi and Kasule don’t believe Museveni’s speech against torture will change anything. They believe security personnel will continue brutalizing citizens and torturing suspects until culprits are held culpable.