How many people are vaccinated against COVID-19 in Uganda? 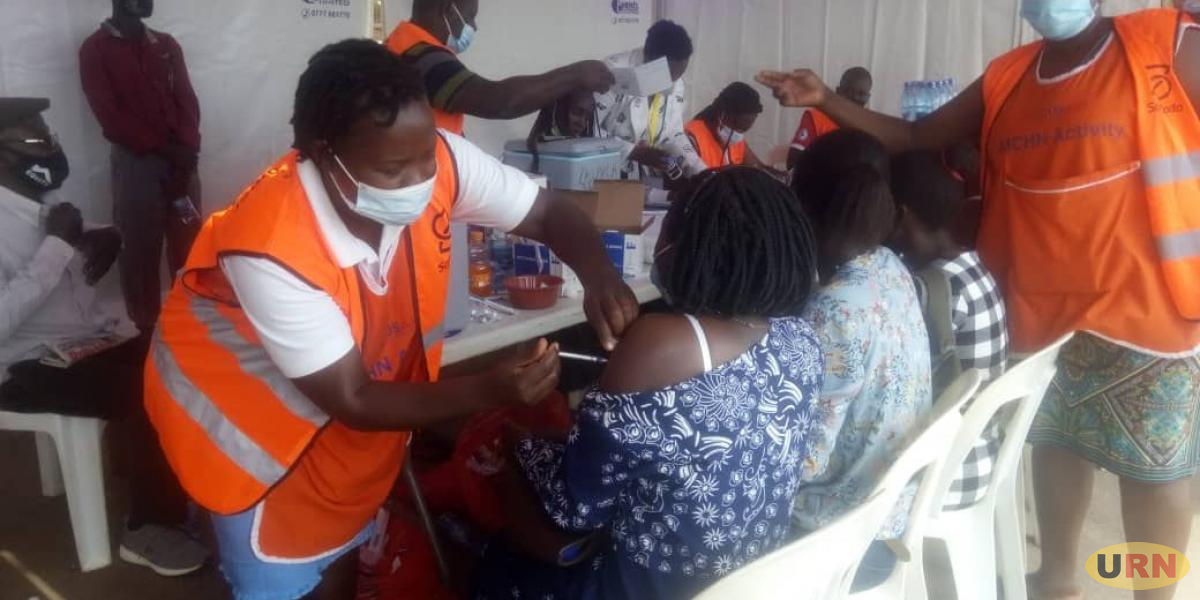 13 million people representing 60 percent of the targeted group of 22 million people above 18 years have received one jab while another 2.4 million (32 percent) have got two doses.

Records from the health ministry show that as of last week 15. 6 million doses of COVID-19 vaccines have been administered in the ongoing COVID-19 vaccination exercise.

Prior to the start of the COVID-19 vaccine launch in March 2021, health officials said that at the end of the year the target of 22 million persons aged above 18 years would be met. However, this has failed because of the low vaccine availability that prevails in all low income countries.

In his address to the GAP meeting, US Secretary of State Antony Blinken while talking to journalists praised Uganda for its massive vaccination effort in November and December last year as an example of what is possible.

“In early November, only 14% of all Ugandan adults had received their first dose of the vaccine,” said Blinken. “Then a major team effort commenced. The Ugandan government led a mass vaccination campaign, carried out by hundreds of health care workers,” he added, and “by late December, almost half of all adults in Uganda had received their first shot – from 14 to 47% in just six weeks” reported Health Policy Watch News.

While the country has so far received over 37.2 million doses of COVID-19 vaccines, with an additional 8.9 million vaccines on their way, the number of persons willing to get vaccinated seems to be reducing.

A mini survey carried out by Uganda Radio Network on why people are not getting vaccinated revealed that many of them even those in the priority groups are scared. Hadijah Kwagala says she sees no reason why she should get vaccinated yet the vaccines do not offer protection against infections of the disease.

“I have seen people getting vaccinated and they cannot work for two days because their hands are paining. We have also heard of stories of blood clots. Why should I risk my body yet people who are vaccinated still fall sick? The vaccines do not protect against disease, so why would I get vaccinated, there’s nothing I get. If I get infected with COVID, I will still do so vaccinated or not,” she said.

A nurse at Mulago National Referral Hospital who preferred anonymity says she cannot subject her body to being a guinea pig for science.

While fear of the unknown effect the vaccines will have on the health of recipients has been a major factor in slowing uptake, unreliable vaccine stocks have also played a big role in deterring people.

In August last year, teachers were vaccinated against COVID-19 in a mass drive using Sinovac vaccines that were donated from China. However, when many teachers went back for their second dose in October and November, there were no more Sinovac vaccines in the country.

Low vaccination numbers and uptake have been a characteristic of the COVID-19 vaccination campaign is not just in Uganda but many African countries. Data from the Africa Region World Health Organization office shows that less than 15 countries out of the 54 on the continent have fully vaccinated more than half of their populations. Yet all WHO member states, of which Uganda is one, have a target to vaccinate at least 70 percent of their populations by the end of June 2022.

Dr Yona Woldermarim, the WHO Country Representative in Uganda says to do this, vaccination will have to be rolled out to all persons of the population and not just the elderly or those who are highly susceptible to being infected. To try and increase uptake of the vaccines, the country is currently carrying out mass vaccination campaigns aimed at taking the vaccines closer to the public. The campaigns focus on districts or regions.

The Minister of Health Dr. Jane Ruth Aceng says the accelerated vaccine program that was launched last year in October has led to an increase in vaccination programs.

As part of the program, mass vaccination campaigns are taken to different regions and districts of the country. The campaign targets places where many people congregate like churches and markets. In addition to this, the health ministry is planning on carrying out a national survey to find why some people are still against getting the jabs that reduce the likelihood of infected persons suffering from severe forms of the disease.

The ministry of health is also working at introducing an amendment to the Public Health Order Management law which seeks among other things to make it mandatory for all citizens to be vaccinated or revaccinated in regard to any disease outbreak.

According to the Bill, a person who fails or neglects to comply with the requirement made under this section commits an offense and is liable on conviction to a fine not exceeding 20 currency points, which is equivalent to four million shillings, or imprisonment not exceeding 6 months or both.