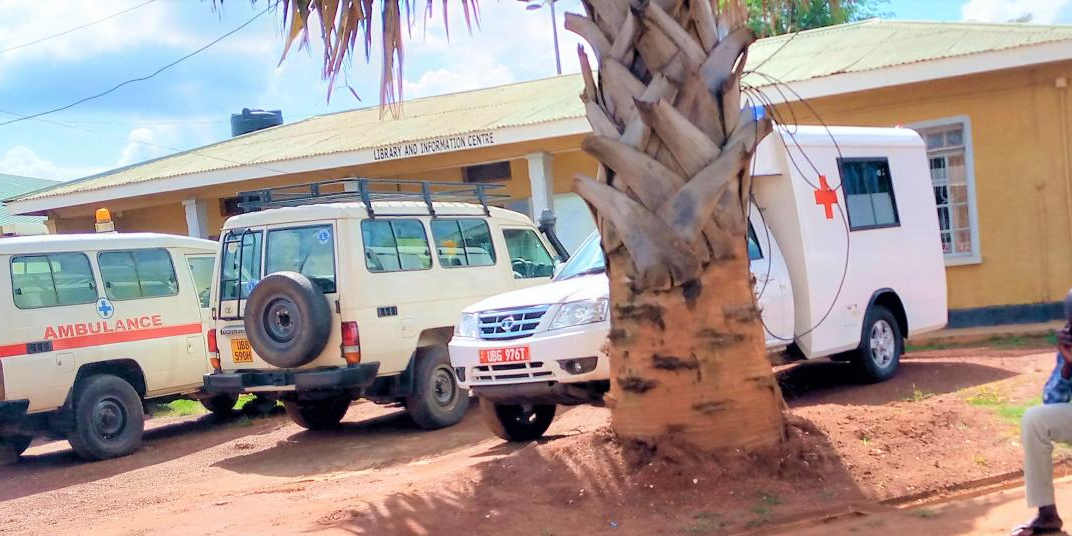 The COVID-19 Task Forces in Acholi region have expressed concern about the unreliable ambulance services which are affecting timely care delivery and treatment outcomes to patients.
Some of the ambulances are broken down due to mechanical conditions and require huge budgets to repair and maintain. The Task Forces have also disclosed that their efforts and care responses are also being frustrated by a lack of logistical support like fuel and allowances for the drivers and nurses attached to the emergency ambulance responses.
Yoweri Idiba, the Acting District Health Officer for Gulu City revealed that they have only one ambulance attached to the Regional Referral Hospital. The same ambulance services are used by patients in neighbouring districts of Omoro, Gulu, Amuru and Nwoya to evacuate patients amid resource constraints.

Amuru District Health Officer, Dr Patrick Odong Olwedo says that the only ambulance that they use is stationed at Elegu Township, at the Uganda- South Sudan border, which is over 140 kilometres away.

Dr. Olwedo explains that the ambulance is also not useful due to lack of fuel and allowances to facilitate the medical staff attached to it to respond to any emergencies in the district.

“We have an ambulance but do not have logistics to run it. We therefore cannot pick patients from the community or transport them n case of a referral,” said Dr. Olwedo.
Peter Douglas Okello, the District LCV Chairperson revealed that the only ambulance they have was donated by the area MP, Jacob Oulanyah and is grounded due to mechanical condition.
“We do not have an ambulance because it broke down. Partners give us ambulances but on a rotational basis. I advocate for universal ambulance services,” said Okello. The district is faced with an uphill task to refer patients in critical condition to Gulu and now rely on one other ambulance that belongs to a non-governmental organization that also serves neighbouring Pader, Nwoya and Gulu on a rotational basis.
Due to the surge in COVID-19 transmissions, Gulu Regional Referral Hospital Treatment Unit has recorded 11 cumulative deaths between May and June from 734 confirmed cases. Of those, 241 patients are being treated under a home-based care system.
In August 2020, the Permanent Secretary in the Ministry of Health Dr Diana Atwine revealed that due to the lack of sufficient ambulance services in the country many Ugandans are still prone to avoidable deaths. She added that the country has up to only 201 ambulance fleets and more than 160 others were needed to improve care delivery.
In Kabale, the regional referral hospital has suspended the supply of oxygen gas to lower health facilities in the Kigezi sub-region. The presence of an oxygen plant at Kabale regional referral hospital has been a relief to both government and private health facilities in the Kigezi sub-region.
Some of the facilities that have been benefiting from the near by plant include; Mutorere and Kisoro hospitals in Kisoro district, Rugarama, and Rushoroza hospitals in Kabale District, Kisiizi and Nyakibaare Hospitals in Rukungiri District, Bwindi Community, and Kambuga Hospitals in Kanungu district.
However, Dr. Sophie Namasopo, the Kabale regional referral hospital director says that due to the increase in the number of COVID-19 patients who are in critical condition, the demand for oxygen has also increased at the facility’s Intensive Care Unit (ICU).

According to Namasopo, 80 COVID-19 cases are so far admitted at the facility’s isolation ward. Among the total, 30 are on life support. Namasopo says that because the hospital is partly solving the problem of lack of oxygen cylinders after receiving 10 cylinder heads from the Ministry of health and more 10 as a donation from David Kwesiga Bahati, the state Minister for Industry at the Ministry of Trade and Cooperatives, it has started utilizing most of the oxygen from the plant to give patients in the ICU.

She also says that the increasing number of patients in the ICU has put the plant under strain and as a result, it is unable to produce more oxygen to supply to other health facilities.  She says that however much the news sounds bad, but other hospital facilities will try to get oxygen from other places.

But Namasopo says that the affected health facilities still have a chance of getting oxygen from the oxygen backup plant in Mbarara (she declined to disclose),  however much they also supply on order.
Dr. Gilbert Mateka, the Rugarama hospital medical Superintendent says that they have seven COVID-19 patients admitted at the facility but none of them is in critical condition. Mateeta says that they will opt to refer patients who will be in need of oxygen to Kabale regional referral hospital in case of  oxygen gas crisis.
Category: NewsBy Health Journalists Network UgandaJune 25, 2021Leave a comment
Share this post
Share with FacebookShare with Google+Share with TwitterShare with PinterestShare with LinkedIn