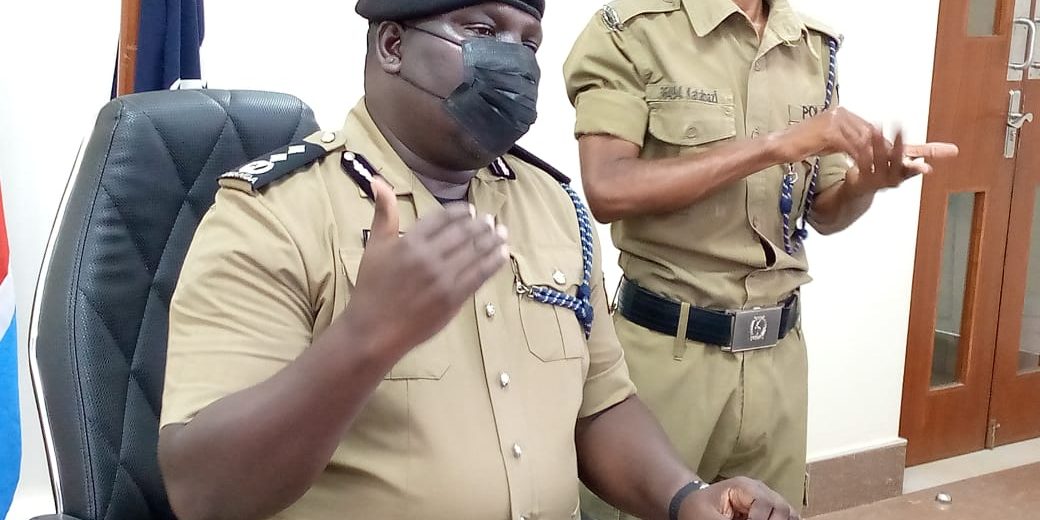 A fortnight after police’s director for operations Assistant Inspector General of Police- AIGP Edward Ochom, issued warning to police commanders and their juniors using enforcement of Covid19 orders to extort money from civilians, six police officers have been arrested over the same vice.

AIGP Ochom sent out an internal communication expressing concern over increasing cases of civilians accusing police personnel of turning covid19 into a money making venture. AIGP Ochom said members of the public arrested on allegations of flouting Covid19 guidelines were being coerced to pay money in order to regain freedom.

“We have noticed an increase in complaints raised by members of the public about being asked to pay money for their freedom. Those who can’t afford to raise money asked are processed and arraigned in courts of law,” AIGP Ochom said.

Although AIGP Ochom threatened that any police officers implicated in extorting money from civilians would be apprehended, tried in criminal or force’s court, it seems some police officers simply ignored the message or perhaps did not grasp the seriousness in the communication.

Enanga said Barger pleaded with the police officers who were on 999 Patrol vehicle UP4918 to forgive him because he had just arrived in the country but his pleas fell on officers’ deaf ears. After their unpleasant action, Barger inquired about where he could seek justice and he was directed to PSU offices in Bukoto where he logged a complaint.

“When our team at the Professional Standards Unit registered this complaint, they took interest and went to the extent of retrieving the security closed circuit television-CCTV footage from the point of alleged extortion, and these officers who were conducting the operation on police patrol vehicle Number UP4918 were well identified and arrested,&quot; Enanga said.

In AIGP Ochom’s internal communication and warning, he elaborated that there was selective charging of people arrested flouting Covid19. This, AIGP Ochom, said was being reflected on big number of people arrested every day but a piecemeal of them go to court. AIGP Ochom described the officers action as unimpressive and risking citizens since that could lead to escalation of Covid19.

“The unimpressive returns being received and intel reports of extortion won’t be tolerated. RPCs are hereby reminded and directed that supervision or enforcement of Covid19 guidelines rests squarely with you,” Ochom adds.

The Criminal Investigations Directorate –CID records show several people are often arrested on claims of disobeying orders intended to control the spread of Covid19. But less than a half of the arrested people end up going to court. For instance, 2,336 people were arrested over flouting Covid19 orders between July 26 and August 2nd but only 430 persons were taken to court.

“They claim that the man was moving without a mask everywhere. The man tried to plead with them that he was new in the country, but they went on to extort money from him before letting him go,” Enanga said.

In order to avoid falling victim to police officers extortion, the public has been urged to always come out and report such cases of unprofessional conduct by individual officers tarnishing the image of the force. Anyone with an issue can report to PSU through a mere telephone call 0707601052.