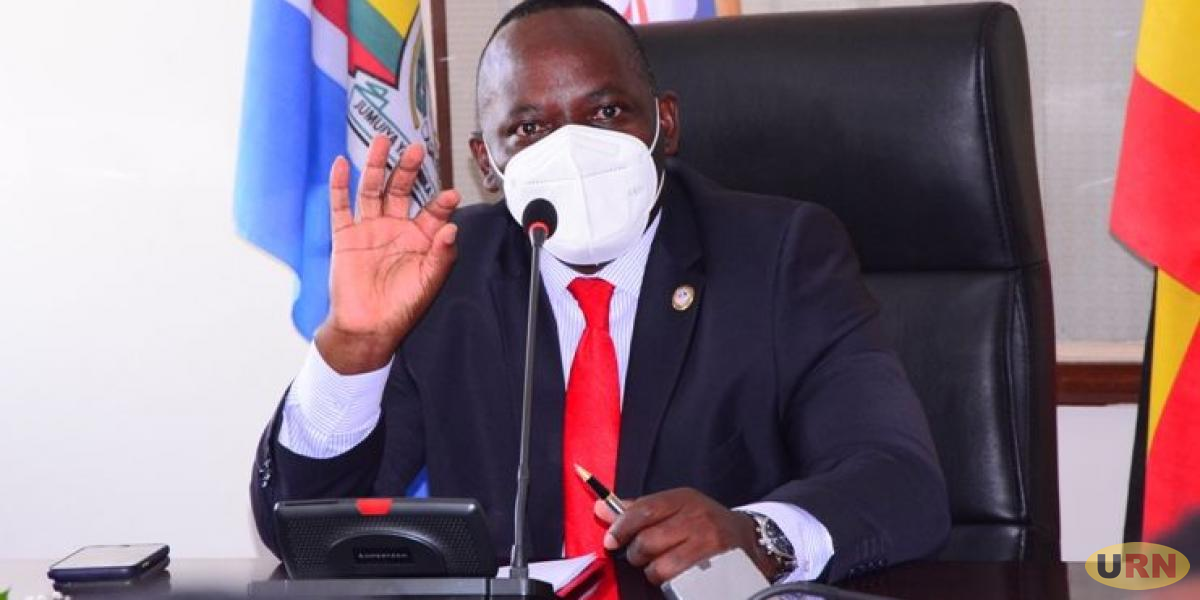 The Opposition in Parliament has tasked the government to undertake necessary measures to detect and prevent the spread of the new Omicron variant of Covid-19.

The opposition’s call is carried in a statement presented to parliament by the Shadow Minister of Health, Timothy Batuwa Lusala. Among the interventions proposed by the Opposition is the formation of a joint East African Community Taskforce to develop a common approach towards handling the Omicron variant.

“At the moment the national taskforces of the Member States are implementing uncoordinated interventions. This has in the recent past been noted in the stances towards vaccination and continuation of learning. Aware that the Member States are challenged by porous borders that facilitate uncontrolled movements, a coordinated approach would enhance measures towards management of Covid-19 pandemic,” said Batuwa.

He also suggested that in consultation with the other Member States in the East African Community (EAC), Uganda should develop a red list of countries from which travelers are momentarily not allowed to access the country.

Batuwa said that a month’s restriction is realistic for it will enable government to attain sufficient knowledge and understanding of the Omicron variant and that it would enable continued travels into and out of the country with limited disturbance to the global supply chain and tourism sector.

The opposition also noted that while the vaccination campaign has been intensified in urban areas, the effort is not commensurate in rural areas.

“It has been noted that there is low mobilization in local governments. This is mainly attributed to the fact that the designated vaccination centres are largely Health center III’s that are inaccessible to many people in the countryside,” reads the Opposition statement.

Batuwa cited a need to undertake vaccination clinics at the parish level and that this would require temporal recruitment of medical personnel to service all parishes in the countryside in order to supplement existing interventions.

The Opposition also wants a minimum of 5 Genexpert machines allocated at each point of entry.

“During the last ministerial statement delivered by the Minister of Health, Parliament was informed that Entebbe International Airport has only 2 genexpert machines with the capacity to perform 32 PCR tests per machine per hour. Given the fact that the most responsive fight against the new Covid-19 variant must be at the points of entry, there is a need to ensure that each point of entry has at least 5 genexpert machines,” said Batuwa in part.

He noted that these machines will boost the country’s levels of effectiveness. In regard to the doctor’s strike and the emergence of the omicron variant, the Opposition said that there is an urgent need to have the medical workers withdraw from the sit-down strike and resume work.

They say that this ought not to negate their demands and concerns but to in the interim, meet their demands like immediate payment of allowances to the Senior House Officers and Medical and interns from both public and private universities. Batuwa emphasized that the funds have already been approved by Parliament.

In response, Government Chief Whip Thomas Tayebwa said that the government resolved not to make any hurried reactions to the matter. He said that steps taken by the government would be informed by science and consultations.

Tayebwa said that the government is currently making tests to confirm whether the new variant has entered the country and that a comprehensive statement would be provided to Parliament on Thursday.

Deputy Speaker Anita Among said that a debate on the matter would commence on Thursday when a government statement is presented.