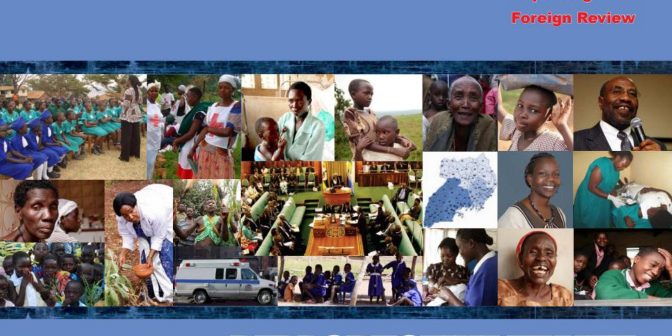 Metrine Chemutai has endured an obstetric fistula for eight years, a situation she recalls came at the birth of her last child, after undergoing Female Genital Mutilation.

Now aged 35, Chemutai who hails from Kween district in the Sebei sub-region, says she had her first child at 14. But after giving birth to four children, her husband forced her to undergo mutilation, a practice that eventually left her with permanent damage, enduring a traumatic birth thereafter, and a fistula she has lived with for the last eight years.

The medical condition is a devastating injury that usually happens when prolonged and difficult childbirth creates a hole in a woman’s urinary and rectal canal, causing a constant leak of urine and faeces. Women in this condition cannot fend for themselves and smell so bad that no one can withstand their presence.

The health ministry estimates that more than 100,000 women and girls in the country are suffering from the condition, and Chemutai is just one of those women, enduring a double sworded tale of a fistula and mutilation, which among the Sabiny, Kadam, Tepeth and Pokot communities, is considered a rite of passage into womanhood.

She recalls that after the birth of her last child, she discovered that her body was no longer in control of urine and doctors at Kapchorwa Hospital informed her that she had developed a fistula and has since suffered isolation and ridicule from her own family and community because of the uncontrolled bowel movement, forcing her to seek refuge at the Kween Gender-based Violence Shelter.

Zaituni Cherukut Sisco, a social physio support officer at the Kween Gender-Based Violence Shelter says that like Chemutai, Women in such situations, suffer depression and other medical, psychological and sociocultural challenges that may even trigger suicidal thoughts.

Mbale Regional Referral Hospital Fistula Focal Person Jane Frances Acam noted that FGM is one of the harmful practices that cause prolonged and obstructed labour that leads to the fistula. And because the practice is still common in the Sebei sub-region, despite being outlawed, the area also has the highest cases of fistula.

But according to experts, the condition can be avoided by delaying the age of first pregnancy, the cessation of harmful traditional practices, and timely access to obstetric care.