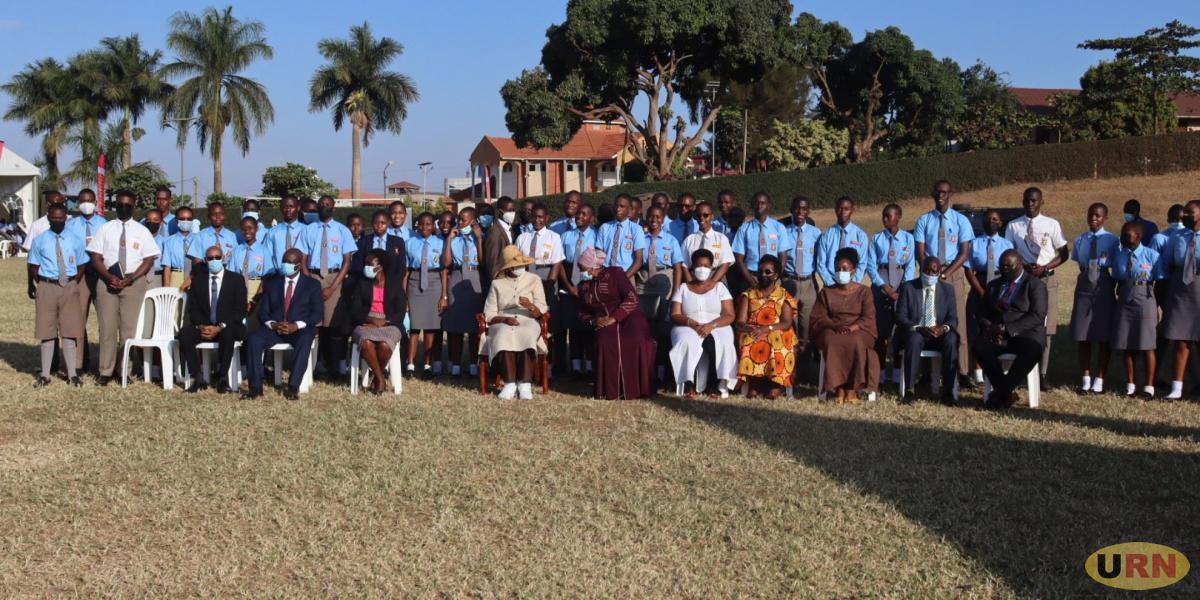 The Minister of Education and Sports, also the first lady Janet Kataha Museveni is to introduce a vibrant sexual purity campaign.

According to Janet Museveni, the campaign is one of the strategies to lessen the prevalence of child-to-child sex, incest, and teen pregnancy, which have had a negative impact on the nation and reached a peak during the unprecedented prolonged school closure.

She notes that through the campaign, children, particularly girls in secondary schools, shall be provided with relevant information to empower them to make the best decision possible on abstaining from sex at a young age.

The Minister made the remarks on Friday evening at Mengo Secondary School while concluding a youth summit that was meant to provide students with life skills, and lessons on morality, sexuality, and ethics.

The summit was under the theme “My life, my responsibility”.

She noted that the new campaign, the True Love Can Wait for campaign, which was utilized in the 1990s to mobilize students against sex and shield them from the HIV/AIDS epidemic, shall be revived.

The Southern Baptist Convention, located in the United States, introduced the “True Love Can Wait” campaign in 1994. The program, which was based on Christian principles, served as a catalyst for bringing teenagers together to combat the AIDS epidemic and spread the word about biblical chastity in neighborhoods, youth groups, and other settings.

Over time, more intensive school initiatives were adopted, such as the 2002-launched Presidential Initiative for Aids Strategy Communication to the Youth (PIASCY). Back then, these campaigns won praise for their all-encompassing strategy, which promoted collaboration among students, teachers, and communities to help young people stay safe and avoid HIV/AIDS.

Students shall receive sexual purity pledge cards to sign, engage in counseling, and introduce to peer-to-peer groups where learners will be guided and continuously told to take charge of their own sexual health, just as they did in the previous campaigns.

Mukasa Mulindwa, chairperson of Parent Teacher Association-PTA at Mengo SS, noted that although many adolescents are advised to postpone sexual activity either until marriage or adulthood, currently there is no clear guidance on how to refrain from sex.

Since it is becoming a fact that many parents don’t always know what is going on with their adolescent children, Mulindwa called for the promotion of sexual purity crusades to encourage children to be more open about their sexuality.

Doreek Agaba, a Senior Five student argued that many girls occasionally lack better knowledge to make informed decisions, but with such programs, they will have an avenue to discuss the subject matter.

Sexuality education has been a controversial issue in Uganda over the past years with a section of people having reservations about what kind of education can be given to learners.

However, The UNICEF representative, Dr. Munir Safieldin, says the two years of COVID19-related school closures have opened communities to the need of ensuring young people’s involvement and full engagement so they have the capacity to make wiser decisions.

According to Dr. Safieldin, teenagers can play a part in reducing teenage pregnancies, halting child marriage, preventing HIV infection, and making sure they stay in school and finish their education. However, in his opinion, this cannot be accomplished without providing young people with knowledge and skills about sexual and reproductive health.

Janet Museveni also urged parents to take responsibility for their children and to work together as a family to reduce the rising number of adolescent pregnancies and child abuse cases in the nation.

She recommended parents to live with the truth that young people hear sexual messages every day and that there is a need to constantly have an open conversation with them from time to time rather than assuming they have the power to control the youngsters.