HALF OF THE TEACHERS IN MBALE HAVE BEEN VACCINATED AGAINST COVID19 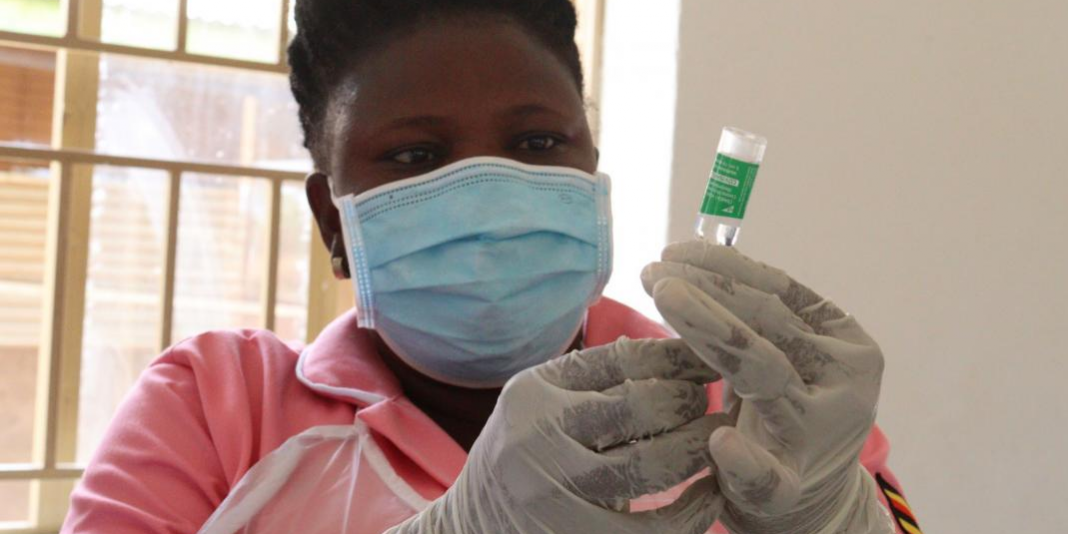 Less than half of the teachers in Mbale city have been vaccinated against COVID-19.

Robert Wangwe, the Chairperson of Primary School Head Teachers Association in Mbale City, says that there are over 3000 teachers in both private and public schools in the city.

He, however, says that less than 1500 of the teachers have got the jab amidst reports of the expiry of the existing vaccines.
According to Wangwe, many teachers are anxiously waiting for vaccination but the mass teacher vaccination is yet to begin.
Speaking during the Mbale City COVID-19 taskforce meeting on Thursday, the Inspector of Schools in Mbale City, Muhammad Mugoya, said that he consulted about vaccines for teachers from City health officials he was told that there was non.
Rev. Can. Titus Nelson Kutosi, the Chairperson of the Elgon Zone Inter-Religious Council and member of the task force said that he finds it challenging that COVID-19 vaccines have expired amidst high demand across the country.
Pamela Watuwa, the outgoing Mbale Resident City Commissioner, who has also been the chairperson of the city task force called for investigations to establish how the vaccines expired yet there are people like teachers who badly need them.

Pamela said that they are waiting for vaccine deliveries around next week to begin the mass vaccination of teachers.