Ebola in Kampala as government calls for more vigilance 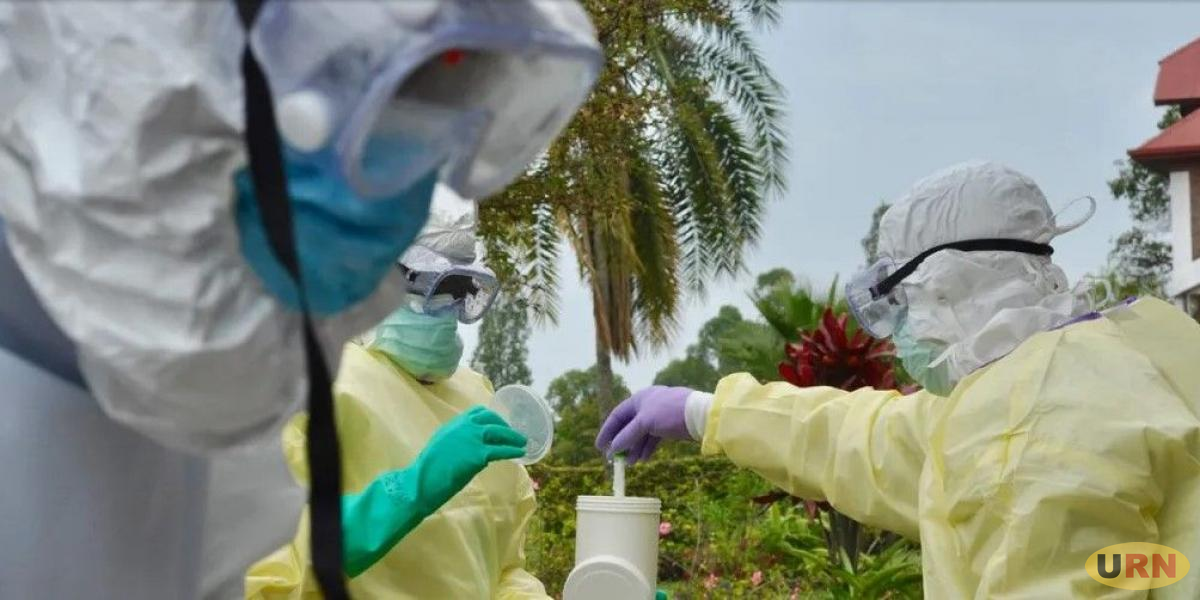 The Ministry of Health has confirmed 15 Ebola cases in the Greater Kampala region. This brings the total number of patients in the capital to 14 within the last 48 hours.

Earlier, Health Minister Jane Ruth Aceng said five cases had been isolated in Kampala, confirming the first known transmission of the virus in the city. These were however transferred to the Entebbe Isolation for Treatment Unit.

Aceng says that the nine new cases are contacts of the fatal case who came from Kassanda district and passed on in Mulago Hospital. They include seven family members from Masanafu and one health worker who managed him in a private clinic together with his wife from Seguku.

Since the declaration of the outbreak 35 days ago, the total number of confirmed cases stands at 109 of whom 30 have succumbed to the disease, 34 have been treated and 45 are under treatment.

Lack of vigilance towards halting the spread of Ebola has persisted in the central business district of Kampala despite the 15 confirmed cases in the metropolitan area, and this has prompted medical personnel to propose a lockdown of the city.

On Tuesday doctors under the Uganda Medical Association proposed a lockdown to the government to halt the spread of the disease, as the case is with Mubende and Kasanda districts where it first appeared.

As doctors proposed a lockdown of the city, a mini survey conducted by URN revealed that people who operate in the central business district have not taken any steps to prevent the spread of the disease, and this is increasing the risk of infection.

Mapeera Muzaale the manager, of California Plaza along Lumum Street, says that though they are yet to put up the required measures to prevent the spread of Ebola, it will not be hard for them because Covid-19 taught them many lessons.

According to Muzaale, they had made some installations like hand washing taps at the entrance of their building, as well as different sanitizing points in the building, which only need to be activated.

Along the Lumum street stretch, no building had any visible installations at least a water tank for people to wash their hands before entering the building, no isolation room as one of the SOPs recommended under the Covid, and not even any personnel to enforce wearing of face masks before entry in the building. This was the same for all the arcades we visited along Kampala road, William street, Ssebaana Kizito road, and Nabugabo road.

It was only in Kikuubo lane that we found Justin arcade, which had a hand washing tank at its main entrance, but the building manager Moses Birungi informed us that it was installed during the Covid -19 days, and was just never been removed.

According to Birungi, though they had a person checking whether people who are accessing the building wash their hands or not, many still refuse. He adds that as the building management, they put posters on every shop entrance warning about Ebola.

Dauda Kasirye, the secretary for defense in the Kikuubo business community, says that as the leadership, they have mainly focused on sensitization of their people through megaphones, a warning that passes every day.

Kasirye says that they also instructed different arcade owners to reinstall hand washing tanks at the entrance of each building in the Kikuubo lane, but people are not adhering to the instruction, adding that the city authorities have also not done enough.

From the start, the government reminded Ugandans to use the Covid -19 SOPs to fight Ebola, and unlike in the past out breaks, this is the first time a lockdown has been instituted to halt its spread. Most people who work in the city didn’t even know how this disease is spread, how one contracts it, or even how to prevent it.

Paul Tumwesigye a Boda Boda rider, says that this disease is spread through eating on dirty utensils, especially from the downtown restaurants which are crowded. He said that he has now devised other ways of having his lunch.

Prossy Lubwama a dealer in first-class lady’s wear describes the symptoms of Ebola but she is not aware how one contracts it. ” I hear people saying that people who are infected bleed from every opening on their bodies, but how one is infected is something I am not sure of. However, they always tell us not to be in crowded places,” Lubwama tries to explain.

Alex Kato a dealer in Kitengi fabrics, is well versed with the information about the disease, from how it is transmitted, how to prevent the spread as well as some of the symptoms. However, he doesn’t practice the preventive measures.

At Kawaala Health Center III in Lubaga Division five suspected Ebola cases – three women, one man, and a child below three years of age, who came to the facility with one of the female suspects were registered.

A health worker at the facility, says the male suspect called them whimpering, and expressed fears that he could have contracted the Ebola virus. The man, who was bleeding from different openings of his body and had a fever, told the health workers that he had contact with some people from Mubende district recently.

The suspects have been isolated in a tent in the compound of Kawaala health center where the female suspects were offered seats while the male lay on a bed, on which he had been wheeled from one of the rooms at the facility.

Two health workers dressed in blue protective attires, gloves, gumboots, and head covers were seen attending to the suspects. Health workers were heard complaining that they had called for an ambulance from the Ministry of Health to pick up the suspects since morning but to no avail.

In a separate interview on Monday, Dr. Alex Ndyabakira, the Ebola incident commander at Kampala Capital City Authority-KCCA, said that all health facilities had been instructed to establish a waiting area where suspected or confirmed Ebola cases would be held before they are evacuated to the treatment center in Entebbe or the isolation centers in Mulago and Naguru Hospitals.

He said the authority is working closely with the Ministry of Health to manage the situation. Dr. Ndyabakira could not be reached for a comment on this particular story as calls to his known phone numbers went unanswered.

The Kampala Capital City Authority- KCCA spokesperson, Simon Kasyate, said he was not privy to any information regarding the suspects at Kawaala when contacted. “I don’t have any information to that effect but I can find out,” said Kasyate during a phone conversation with URN.