Sixty died of hunger in Kotido district in one month 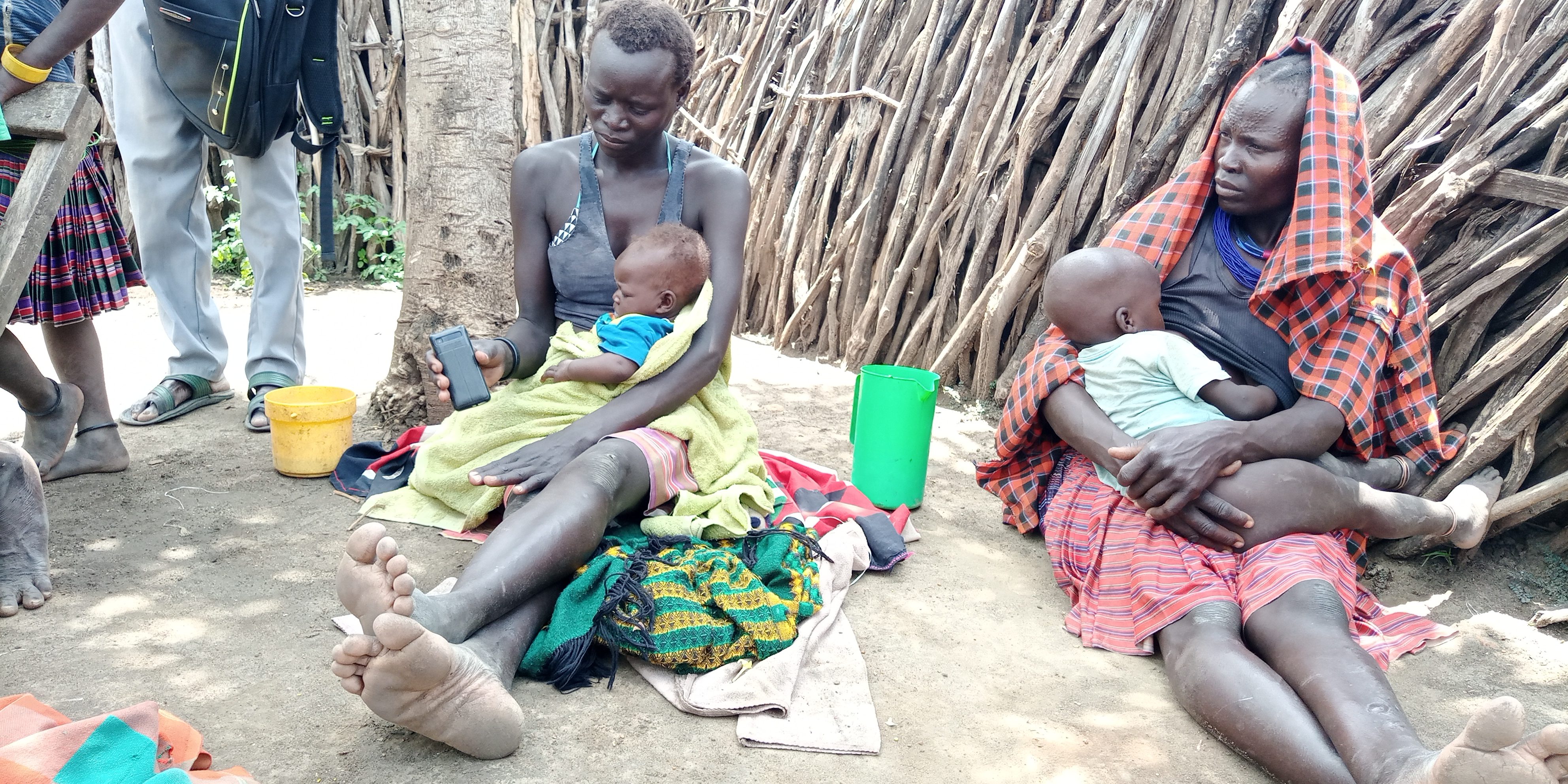 In just one month, about sixty people have reportedly died of hunger in Kotido district.

A report by the Integrated Food Security Phase Classification(IPC) indicates that about 518,000 people approximately 40 percent of the population in the Karamoja sub-region, are facing high levels of food insecurity.

Children are most affected with the prevalence of acute malnutrition among children in Karamoja is at a serious level (13.1%) with Moroto (21.9%) and Kaabong (19.6%) being the most affected[1]. A total of 22,740 children with severe wasting in the region require urgent treatment[2].

John Bosco Akore, the secretary Kotido Elder’s Council says the severe shortage of food has led to widespread malnutrition, which caused the death of 58 children and elderly people between May and June this year. According to Akore, the deaths were reported from eleven villages across Kotido district, adding that another and 292 people are on the verge of death if no action is taken.

He warns that without immediate support from the government, the number of people dying from hunger could double before the harvest period expected in August.

‘’The victims of drought and insecurity are desperately in need of food relief. I call upon the government and any other development partners to intervene to save our people’’ Akore pleaded.  He observes that some families were forced to consume their seed stock distributed by the government and have nothing to plant.

Despite the high number of projected cases of children with severe wasting in the region, only 27.4 per cent (6,238) have been reached with treatment in January to March 2022. In the same period, only 15.4 per cent and 21.9 per cent of the targeted children received treatment in Moroto and Kaabong, respectively. Without additional investment to actively identify and refer children with wasting, there is a high risk for failing to save the lives of the malnourished children who remain at community level.

Joyce Nachu, a mother of 7 children residing in Kacheri village in Kotido district, says that her children are suffering from severe malnourishment as hunger continues to sweep the region. Nachu notes that the food crisis resulted from poor harvest, adding that the prevailing insecurity has worsened the situation since it has blocked them from engaging in money activities.

‘’We always burn charcoal and collect firewood to sell to get money for food but since the insecurity escalated we can no longer go to the bush. Armed warriors have taken charge of the jungle, you go there they kill you, so we are just locked at home,’’ Nachu narrated.

She noted that there is a need to address insecurity because it’s the main driver of hunger, which drives the raiders to cause havoc in the community. Paul Komol Lotee, the Kotido LC V chairperson has confirmed the mortalities, saying that the figures could be much higher since other deaths are not reported.

Komol said although they received some relief food, the number of people experiencing extreme hunger in the entire district has doubled because of the poor harvest last year. He said the entire population in Kotido goes without food for the whole day, which has forced children to resort to begging in restaurants around town.

Komol says that everyone in the district including himself lives at crisis levels of food security, a disaster that needs urgent attention.

Early this week, the permanent secretary in the office of the prime minister (OPM), Keith Muhakanizi said that the government will direct more funding towards the hunger crisis in Karamoja and Teso sub-regions.

In other news, the Uganda Wildlife Authority-UWA is facing a new threat as many animal species are being quickly eaten up by hungry Karimojong.

UWA officials say they are currently experiencing a big challenge of the wild animals in the north east of the country coming under assault of the massive poaching launched by the Karimojong warriors and now the public.

James Okware, the senior warden officer in charge of Bokora, Matheniko, Pian, and Upe  game reserves said the Karimojong have launched massive illegal poaching of animals in the protected game reserves in an excuse of the current biting hunger.

He said every week about 2 to 5 people are arrested over illegal poaching and produced before courts of law. “Right now we have 15 people in prison because of poaching in the game reserves and many continue poaching, which had gone down completely in the region,” he said.

According to Okware, from October to May, poaching in the region had gone down and the community had learnt to live together with the wildlife, but something he said has again changed. He said whoever they arrest cried of hunger that they have nothing to eat.

Okware added however, that while some do the poaching with commercial motives, most do it for domestic consumption. He added that as UWA they are trying to organise for massive sensitization again so that the community stops poaching.

John Ngiro, one of the tour guides in Namalu, Nakapiripirit district said many animals that had got used to people are now afraid of anyone due to poaching.

“The wild animals especially in Pian and Upe game reserves were getting used to people,  as tourists could move close and watch at a close range but now they are so afraid because of being killed and eaten,” he said.

He noted that he was mobilizing other local tour guides in the district to champion the sensitization of the community to appreciate the importance of wildlife.

Karamoja region located in the north-eastern Uganda is currently experiencing hunger with Kaabong, Kotido, Moroto and Napak being the most seriously hit  districts in the region.

Peter Lokut, another resident, urged the government to rescue the region with food aid saying it is hunger forcing people to kill animals for food.

“When you look at the people they are so vulnerable, they have lost all the livestock to raids, nothing to eat, no food in their granaries so the only option they have is committing crime by killing wildlife,  which is wrong,” he said.