A tax on condoms makes no sense says Uganda Cares 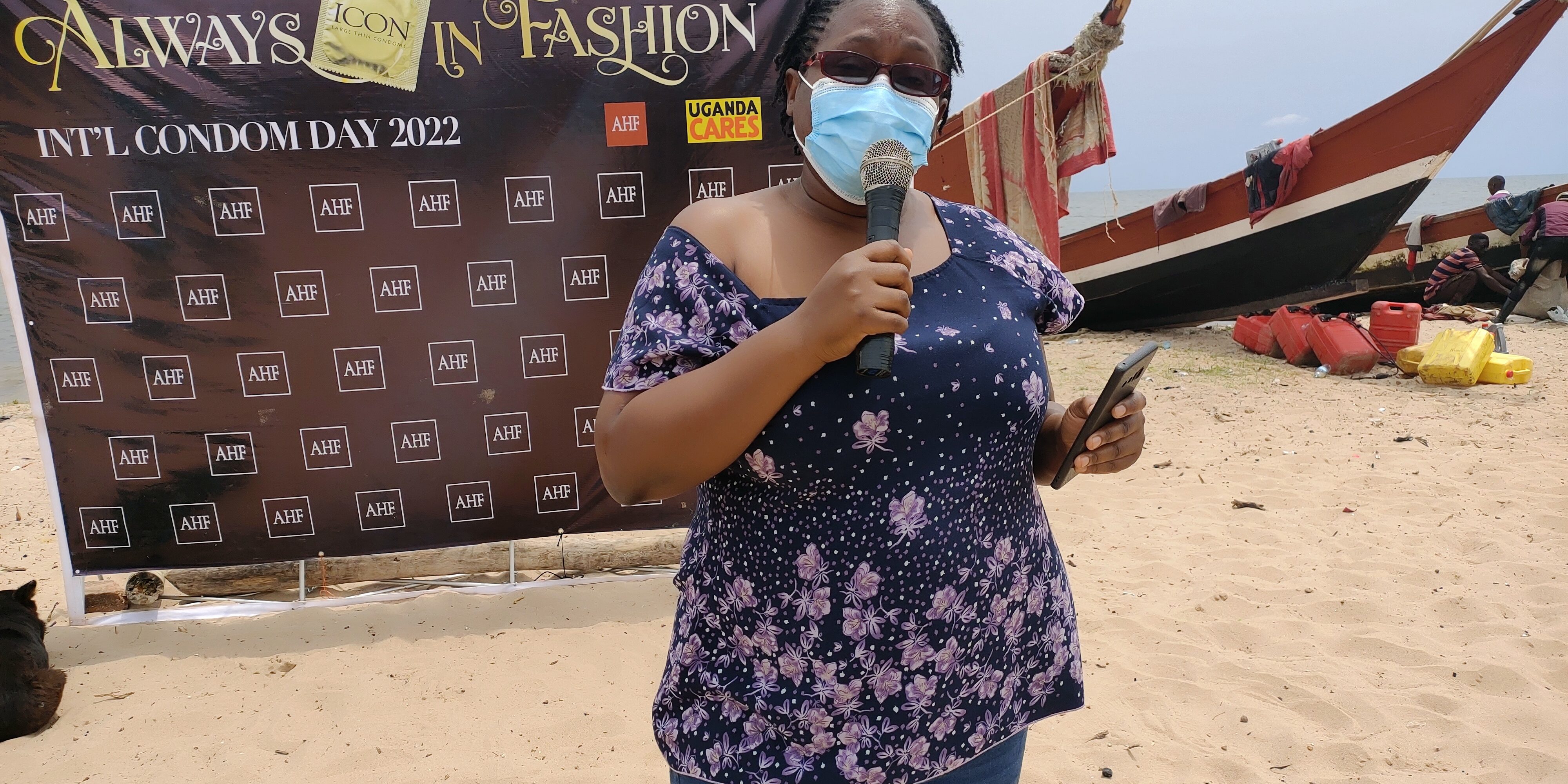 AHF Uganda care authorities have raised concerns over heavy taxes levied on consignments of condoms the organization imports into the country.

Uganda cares says they want the government to eliminate the taxes on condoms altogether because these come in for free from donors. The high taxes mean that the volumes imported by non governmental organisations like Uganda Cares are less.

Organisations pay over USD $2,000 for a consignment of about 2.9 million condoms to be imported into Uganda.

The concern has been raised by the South Western Regional Medical Director for Uganda Cares Dr. Cecilia Nattembo, during a function on which Uganda joined the rest of the world to commemorate Intentional condom day held on Friday 11th February, 2022 at Namirembe landing site in Kyanamukaka sub-county in Masaka district.

Dr. Nattembo said that though Uganda Cares distributes the condoms they import that come in two brands of Icon and Love condoms they pay heft charges in terms of verification fees before the condoms are allowed into the country.

She said that they appreciate the fact that the condoms on the market have to be verified before they get to the final users but the government should consider removing these charges because they are costly given the fact that the services the organization offers are for free and complements governments’ mandate of keeping the masses free from HIV/AIDS.

Dr Nattembo also raised concern over the complacence of citizens which she said has led to a rise in HIV /AIDS prevalence rate in Masaka region saying that people are no longer fearing contracting HIV/AIDS asking people to embrace the uptake of available prevention measures especially condom use as people head into the valentine’s weekend.

She said that there is a need by the government and other partners in the HIV/AIDS fight to re-echo the educative messages of ABC if the country is to attain the goals set for HIV/AIDS Prevention by 2030.

“As people have lived with HIV/AIDS for some time, they have kind of get used to it and are no longer fearing HIV/AIDS we accept COVID19 came with some challenges but part of the rise in the prevalence rate in Masaka region (8.1) from (4.1) is on complacence but we can lower this rate again if people again embrace the use of condoms remember if it is not on its not safe” she added.

Masaka district health officer Dr. Faith Nakiyimba who was represented by Alice Magoba said that this year’s condom day comes at a time when the report released by the ministry of health indicate that the rate of HIV/AIDS in Masaka region has doubled asking the members of the public to use condoms and other available prevention measures to protect them from contracting HIV/AIDS.

“On this Valentines day let people be cautious and use condoms. People indulge so much in risky behaviors that exposes them to HIV/AIDS infections given that the cases infections are high in this region’’ she added.

The 2020 HIV/AIDS Report shows that the national prevalence rate stands at 5.5% and women have higher rate compared to men that stand at 3.8 as women staggers at 7.1%.

Javira Kimbugwe Matovu said, that they choose to commemorate the condom day at Namirembe landing site since the prevalence rate tend to be higher at landing sites than other areas in Masaka region.

“We have put up more areas where people can access condoms and we ask people to use them and other preventive measures because the HIV/AIDS scourge is still a big challenge in the country and remember condom is always in fashion we have received reports of some people selling these condoms we distribute for free we ask the members of the public to always report such people to us” said Kimbugwe.

The area leaders led by the Kyanamuka sub-county chairperson Kalema Cyrus applauded Uganda Cares for extending HIV/AIDS care services to the community also reechoing the need for people to increase uptake of HIV/AIDs preventive measures especially as they head into the valentine’s day if the country is to reduce the prevalence rate and end HIV/AIDS by the year 2030.