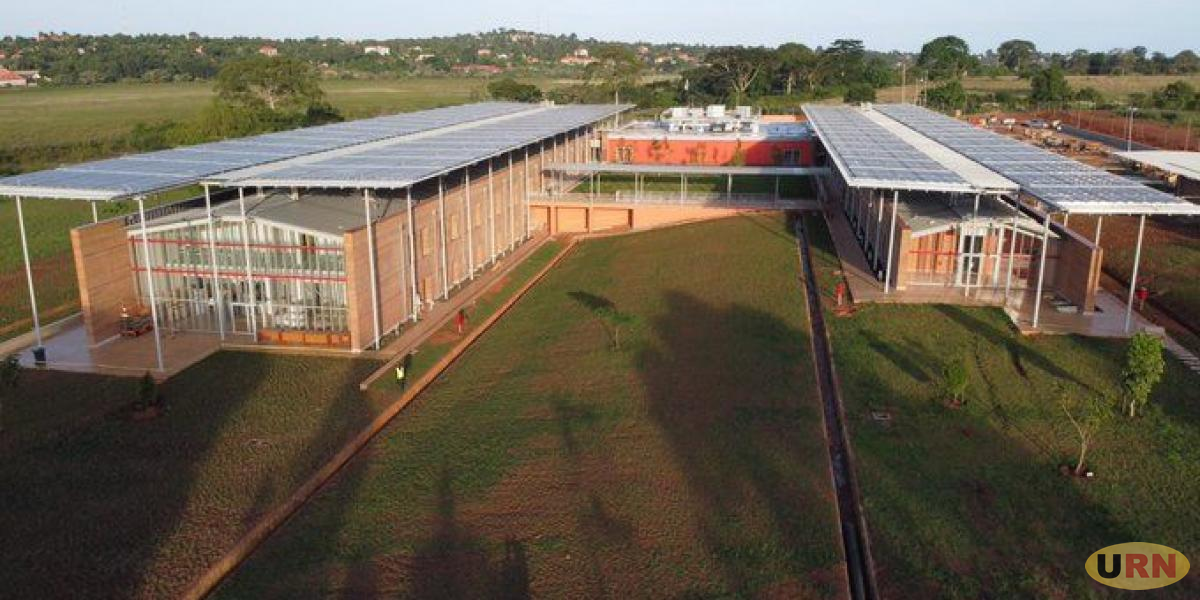 The Children’s Surgical Hospital in Entebbe municipality, the first of its kind in Uganda, has started bearing fruits less than five months since it opened.

The 72 bed hospital is located a few metres from the Special Forces Command-SFC Barracks in Lunyo village, Entebbe Municipality.

Built at a cost of 117 billion shillings, the hospital was built under a public private partnership with the ministry of health to serve as a regional referral for pediatric surgery.

Giacomo Menaldo, the Country Manager at Entebbe Surgical Children’s Hospital, says the hospital is managed and funded by International NGO Emergency, MOH and other donors.

The hospital has an annual budget of 60million US Dollars, close to 220 billion shillings, for its operations. MOH will fund 20 percent of this annual budget. MOH is also expected to fully take over management of the hospital after ten years.

Menaldo says that the hospital has so far received 1,000 children since it opened on April 19. Of these, 300 children have undergone surgeries.

This no mean achievement because Uganda’s mortality rate for children under five is 49 for every 1,000 live births. Of which, 30 per cent of such deaths are due to a lack of adequate surgery.

The hospital carries out two to five surgeries daily.

He however says the hospital is still operating at half capacity because majority of the 275 Ugandan medics are undergoing training with the 40 expatriates.

Once it is commissioned by President Yoweri Museveni, the facility will conduct at least 8 to ten surgeries daily, with over 300 staff.

Among the 300 beneficiaries is 2-year-old Raymond Lujja. Lujja battled with difficult urination for more than one year because he had a blocked urethra.

His mother, Esther Nalubwama, says she took Lujja to more than three health facilities in vain and spent over one million Shillings on tests, scans and pain killers.

Nalubwama says while her son has undergone open surgery for free at the facility in Entebbe, she says she would have spent over shillings 20 million for air travel and lodging costs minus costs for surgery if Lujja had been flown for an operation in India.

Also in the same ward are Tickel Favour and Nelson Muweesi, aged 11 months and 8 years respectively.   Favour had an obstruction of the intestines.

She lauds the hospital for carrying out the ileostomy reversal surgery for free, adding that her son can now defecate without much difficulty.

BMC Health Services Research released a report in June 2021 showing that some of the 39 patients who visited Soroti Regional Referral Hospital between 2018 and 2019 spent close to 70 million for intestine obstruction surgery. This included the cost for surgery, medicine and accommodation.

Dimba says she is a housewife who hails from Kasese.  “I would not be able to pay such money for my son.”

The operation was carried out 19 days ago. Nurses say he will only be discharged after the wound has healed.

Meanwhile, Favour’s immediate neighbor Muweesi was admitted because his kidney got “dislocated” a month ago.

His mother, Specioza Nabbatta, says he started complaining of bouts of pain after he was kicked in the abdomen while playing.  He however started experiencing attacks almost four times a day, up from once in three days.

At Entebbe Surgical Hospital, he was assessed for kidney contusion, which is an injury to the kidney. Medics found out that the affected kidney (the one on the right) moved out of its place and was in a lower position.

Nabatta, just like Nalubwama and Dimba are happy that their children are beneficiaries of the facility at Entebbe.

“I was shocked that the hospital does not charge for the services. And yet, I spent over 300,000 shillings in the other facilities as my son’s condition worsened,” Nalubwama says.

Menaldo says Nalubwama is not alone:   “Many people come here and think we charge for services. We even pinned posters saying services are free at our reception but most people still have doubts.”

“But everything here is free and this is a hospital that will in the long run prove that it is possible to offer free quality health care services in Uganda,” Menaldo adds.

Napolitano however says the hospital is restricted to only operating on patients below 18 years who have gastrointestinal diseases, which are diseases of organs from the mouth to the anus. The hospital does not handle cancers and diseases of organs such eyes, nose, throat, brain and heart.

Napolitano says the patients are also handled according to the availability of specialists.

However, Menaldo says the hospital can expand its operations if MOH reviews the current criteria.