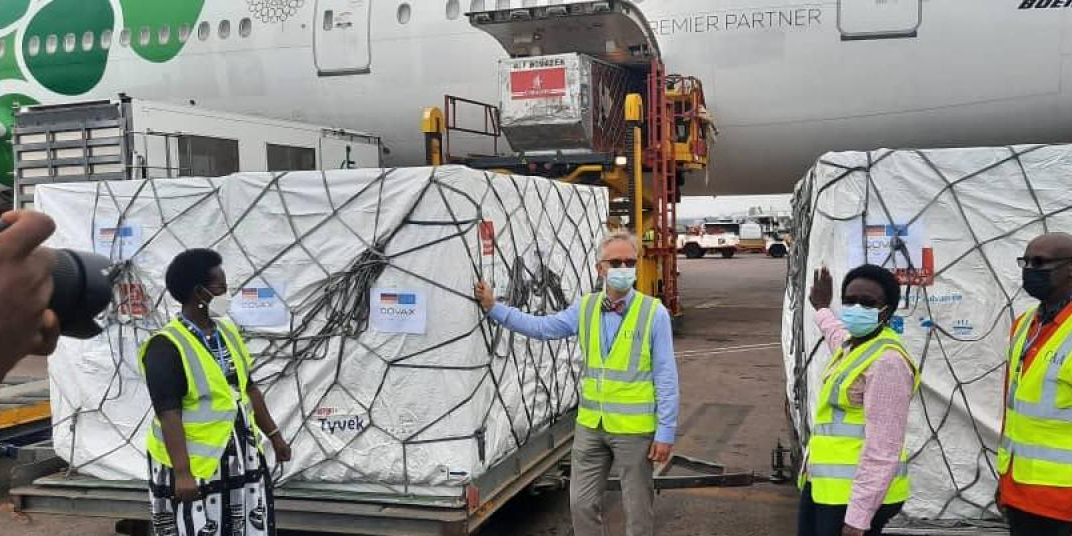 Uganda’s budget for COVID-19 vaccines was allocated to purchases only. The Ministry of Health (MOH) says there are no funds for the distribution of COVID-19 vaccines which could lead them to expire but is counting on a loan from from the World Bank.

A stock of 32 million doses of different COVID-19 vaccine doses have been received in Uganda and the country is expecting an additional 11 million doses of various vaccines by end of March but these might expire in the stores if money for distribution is not available.

Uganda’s entire budget for vaccines was deposited with the COVAX facility and the African Vaccine Acquisition Trust (AVATT) run by the African Union to buy vaccines leaving no planned budget for their distribution.

Without specifying amounts, Dr Diana Atwine, the MOH permanent Secretary told an emergency meeting called by Prime Minister Robina Nabbanja that at the time of depositing the money to the two procurement entities they had thought they would use money promised by the World Bank but this has been delayed.

The government is expecting a grant from the World Bank of US Dollars 137 million which will be used for procurement of Covid-19 vaccines.

The meeting arose from a spot visit by the Prime Minister to different health facilities in the districts of Kibale, Kakumiro, Mubende and Mityana, among others, where she found them with stock outs of essential drugs as the National Medical Stores (NMS) had failed to supply drugs over four months.

Follow-ups by Nabbanja revealed NMS had diverted money for the distribution of other drugs to COVID-19 vaccines which have had about four million Ugandans fully vaccinated so far, about 18 per cent of the 22 million targeted.

Atwiine added that they never anticipated that they would receive vaccine donations which would need them to foot the distribution bill, something that Finance Minister Matia Kasaija rejected as a mere excuse blaming the Ministry of Health for poor planning.

Whereas COVID-19 vaccines were unanticipated donations, Kasaija explains that a requisition letter that Atwine claims she sent in November was never seen by his office and that money for emergencies especially of a healthy nature is always handled with urgency.  While processing a supplementary budget can take some time, he says budgeted for money will normally be released within three to four days.

But, the Secretary to the Treasury Ramadhan Ggoobi said they are encountering a general challenge of managing money for distribution, not just COVID-19 vaccines.

He said NMS has always been challenged by having to wait for the Ministry of Health to write to Finance such that distribution money can be availed and yet previously about 7 per cent of the NMS budget that is supposed to cater for operational costs wasn’t accessed through the Integrated Financial Management System which is not very flexible.

Meanwhile, Ggoobi reveals that the World Bank has now approved USD 180.3 million in financing for the COVID-19 Response and Emergency Preparedness Project which will cater for all the logistics to distribute all the remaining vaccine donations and the ones that the country will purchase.

However, he notes, when this money will actually become available for use is not yet known since they have not gone through cabinet approvals.