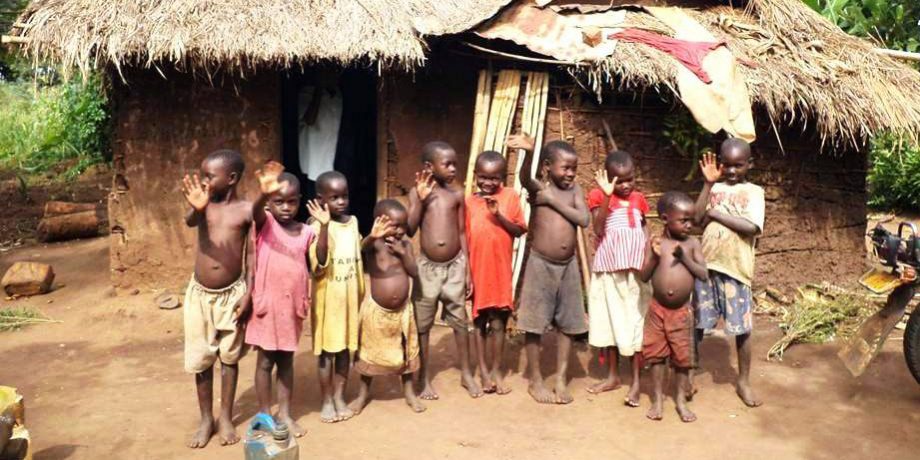 On 19th April 2017, a renowned local artiste Mathias Walukagga was aired on a national television, Bukedde, for having forced sexual relations with his former housemaid Aisha , whom he later promised to look after away from his home. Aisha has since given birth to a son at her parent’s homes without receiving a penny from the alleged father and is incapable to look after the baby. The father objects to the responsibilities because he doesn’t give birth to children with big heads and denies allegations against him.

However, the grasp of light at the end of the tunnel, Minister of State for Children and Youth Affairs Florence Nakiwala has come up to help the mother and child, by offering a DNA test with the father to assess the true father. She opposed the motive behind throwing away ones’ responsibilities in favor of their self-interests.

This comes after results from a preliminary study of Violence against children (VAC) were presented to journalists at Straight Talk Foundation premises that demonstrated an average of 35% both sexes have experienced emotional violence before age 18.

Also, the study revealed 20% females have experienced first sexual experience that was forced or pressured aged between 18 and 24 as opposed to 5% of males. Uganda has registered second highest rate in sexual violence prior to age 18 at 35% from Swaziland at 38%. Zimbabwe followed suit at 33%, Kenya at 32%, Tanzania at 27% and Nigeria at 25%.

The results were presented by James Kaboggoza from Ministry of Gender, Labour and Social Development. The study was conducted in eastern, western, northern and central regions, in 110 districts and reached 19200 households.

Fred Muzira, Case Worker at Uganda Child Helpline says the biggest abuse faced is child neglect- deliberate refusal by one parent or both to provide the basic needs to their biological children. In 2017, Sauti Plus, registered 2844 cases of child abuse, of which 1449 cases were of child neglect ,799 sexual abuse, 406 experienced physical abuse and 25 were murdered.

However, Fred calls upon the public to utilize the toll-free number 116 or toll-free messaging 8500 to report any violence against children so that they get assistance.

Adibaa Irene Superintendent of Police, Child and Family Protection at the Police Headquarters, admitted that police are readily available to help any victims although they are faced with limited resources and poor coordination between actors to execute their work. However, if the complainant isn’t served at the police post, they can always seek further help from the division premises or Officer in Commander or District Police Commander.

Straight Talk Foundation is networking with other Non-government organisations to address the continued vice against violence of children that manifests in our homes.“We are putting on board different stakeholders from religious leaders, parents, police, ministry to children to secure commitment and gain innovations on the way forward,” Executive Director STF, Ajok Susan said.

The Study was supported by UNICEF, CDC, Child Fund International Uganda and implemented by Ministry of Gender, Labour and Social Development.