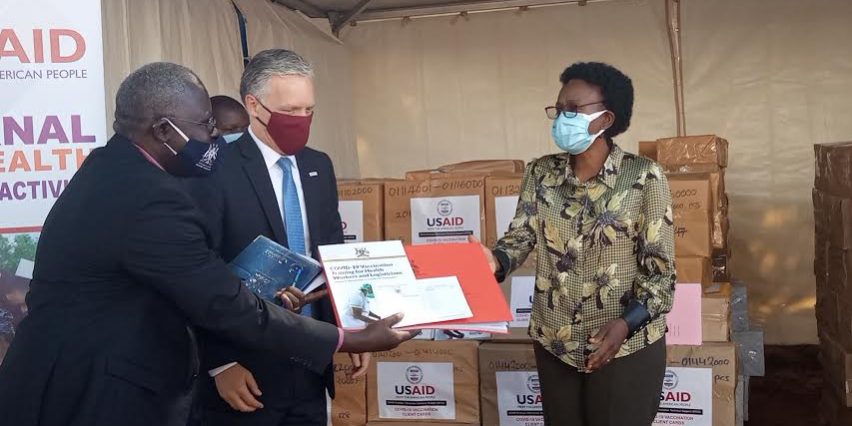 After acquiring a new batch of vaccines donated by the French government, nationwide COVID-19 vaccination is scheduled to resume next week on June 28th, according to the Ministry of Health.

Uganda received a total of 175,200 vaccines will be used. The vaccines were a donation from France through the COVAX facility. The new doses bring to 1, 139,200, the number of AstraZeneca doses received in the country.

During this round of vaccination, only people receiving their second jab will be vaccinated. To date that number stands at over 700,000 people. Others who will be prioritised in this second round will be teachers and workers in schools, health workers, the elderly, those who have underlying conditions such as diabetes and hypertension.

The programme manager of Uganda Nation Expanded Programme on Immunization, Dr. Alfred Driwale says only people who received their first jab 12 weeks ago will get the vaccine.

“Only persons who have made three months or 12 weeks in this case will be vaccinated. We shall not give the vaccine to anyone who has not reached the 12 week mark,” said Dr. Driwale.

Priority will be given to health workers getting their second jab. The first group of people who received their second dose late last month and early this week got the jab after eight weeks. Driwale says this time round this will not be possible because the country only has few doses.

” We shall not be able to give everyone vaccines and that is why we are going to be selective. Last time the vaccines were administered early at 8 weeks because we didn’t want the vaccines to go to waste,” added Dr. Driwale.

So far, only 69 districts have received vaccines. Dr. Driwale says they hope that in the next few days, all districts would have received the vaccines. Each district will receive vaccines equal to the number of persons that need their second jabs.

Emmanuel Ainebyoona, the senior public relations officer at the ministry of health says vaccination in Kampala will be carried out by both Kampala Capital City Authority and the Uganda People’s Defense Forces.

“The COVID-19  Vaccination  exercise resumes on Monday in Kampala and countrywide. In Kampala it will be conducted by KCCA and UPDF  health  workers. Each division will have 8 Vaccination centres within a walking distance to avoid congestion at vaccination points,” he said.

According to Driwale, the country is expecting to receive two other consignment of AstraZeneca in July and August. Over 600,000 vaccines are expected.