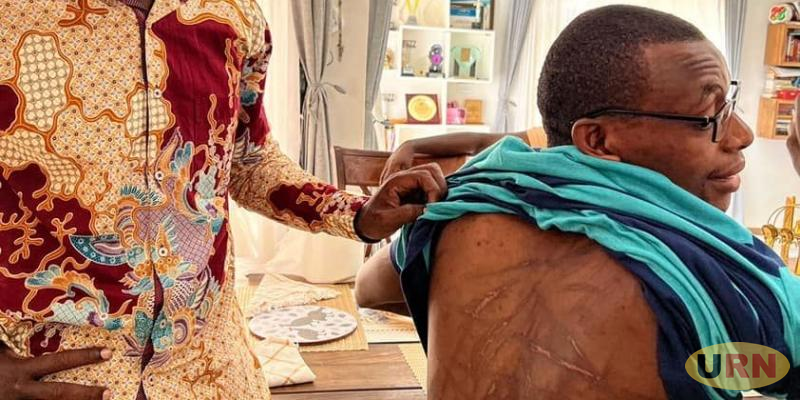 The Human Rights Committee of parliament blamed UHRC officials who were led by the Chairperson, Mariam Wangandya for presenting a report they said was shallow and non-convincing. The committee was inquiring into the torture of suspects by security operatives, detention without trial and missing persons on the instructions of the Deputy Speaker of Parliament, Anita Among on February 8th, 2022.

The Opposition has since the 2021 general elections campaigns complained severally about the abduction of their supporters and subsequent torture in detention. In the past few weeks, there have also been several reports of torture of citizens by security operatives, detention without trial, and missing supporters.

Wangadya told the committee that whereas some cases of torture highlighted in the media are true and known to the Commission, there are deliberate efforts to use the media to exaggerate them. She tabled a formal statement on the matter before the committee. Wangadya however, expressed concern about the way some members of the commission treated her, saying can’t fully express herself.

Wangadya’s statements irked legislators led by the Committee Chairperson, Fox Odoi who described the UHRC report as shallow and non-convincing. Noeline Kisembo Basemera, the Kibaale Woman MP demanded that Wangadya presents before the committee adetailed report in regard to the human rights violations.

She said that the commission report was limited in information and does not indicate the outcomes of the investigations that the Commission has done. Wangadya conceded that her presentation lacked specifics and that she would present a detailed one next week.

Jennifer Mbabazi, the Deputy Committee Chairperson also wondered why the Commission was blaming the media for reporting cases of torture and questioned whether UHRC has a Public Relations Officer that can clarify matters to the public. She also dismissed the complaints of limited funding presented by the UHRC insisting that the Commission should aim at maximizing the resources available.

The most recent case of torture is that of novelist Kakwenza Rukirabashaija. He was reportedly tortured by officers from the elite Special Forces Command- SFC for allegedly insulting president, Yoweri Museveni and his son, General Muhoozi Kainerugaba via his social media pages.

Shortly after his release from custody, Kakwenza undressed before cameras exposing torture marks on his back and thighs allegedly inflicted on him by security operatives on Muhoozi’s order.

In her presentation, Wangadya blamed the novelist for fleeing the country instead of filing a formal complaint with the commission for investigations. Kakwenza is currently in Germany where he went to seek better treatment for the injuries he sustained as a result of torture.

The Committee also tasked Uganda Prisons Services authorities to present to them a list of allegedly tortured inmates serving in detention facilities across the country. The demand follows a resolution by Fox Odoi during an interface with Prison officials at Parliament on Thursday. The committee commenced investigations on alleged incidents of human rights abuses meted against inmates and other citizens by security personnel.

“This committee is going to visit all detention facilities to interact with the inmates or whether or not they have experienced any sort of torture from the prisons authorities or other security forces outside the prisons,” says Odoi.

Led by Samuel Akena, the Director of Correctional Services, who represented the Commissioner General of Prisons Johnson Bwabashaija, the Prisons authorities refuted any involvement in any torture incidents. “Our mandate is to provide safe custody to the inmates, treat and take good care of those who come with health complications. It is not our concern to find out what happened to them,” Akena told the committee.

According to Akena, whereas there are instances where inmates are taken to detention facilities at times in an unhealthy circumstance, it is under their jurisdiction to probe what happened to them.

However, Koboko County MP James Baba Boliba accused the prison authorities for paying a deaf ear to allegations of torture on prisoners, arguing that it is within their mandate to seek further information on what happened to the inmates before being brought to them.

“When you receive these people, you are supposed to record their condition and in case of torture then you find out,” says Baba. But Fox Odoi reiterated that it is still the responsibility of the prison authorities to investigate cases of torture even if the prisoners were not tortured by the prison warders. He directed Akena to avail the committee with a list of prisoners purportedly tortured ahead of meeting yet to be slated.

The Opposition led by Mathias Mpuuga boycotted plenary sittings for two-weeks over delayed response from the government regarding increasing cases of torture of citizens in detention without trial. The Human Rights Committee of Parliament is set to visit all government detention facilities to investigate cases of human rights violations.

Odoi said his committee would be visiting all detention facilities to interact with the inmates on whether or not they have experienced any sort of torture from the prisons authorities or other security forces outside the prisons. The Committee has also given the Uganda Police Force- UPF up to March 9 to respond to allegations of human rights violations by its officers.

The Inspector-General of Police (IGP) Martin Ochola had been summoned to appear before the committee on Thursday but was instead represented by the Director of Human Rights and Legal Services, Erasmus Twahurukwa.

Twahurukwa told MPs that the force was not ready to make a presentation because the invitation was on short notice. He then requested two weeks to enable Uganda Police Force to prepare adequately and make a detailed submission. Odoi cautioned the Police Force against seeking more time adding that his committee has only 45 days to conduct the investigation and report back to parliament.