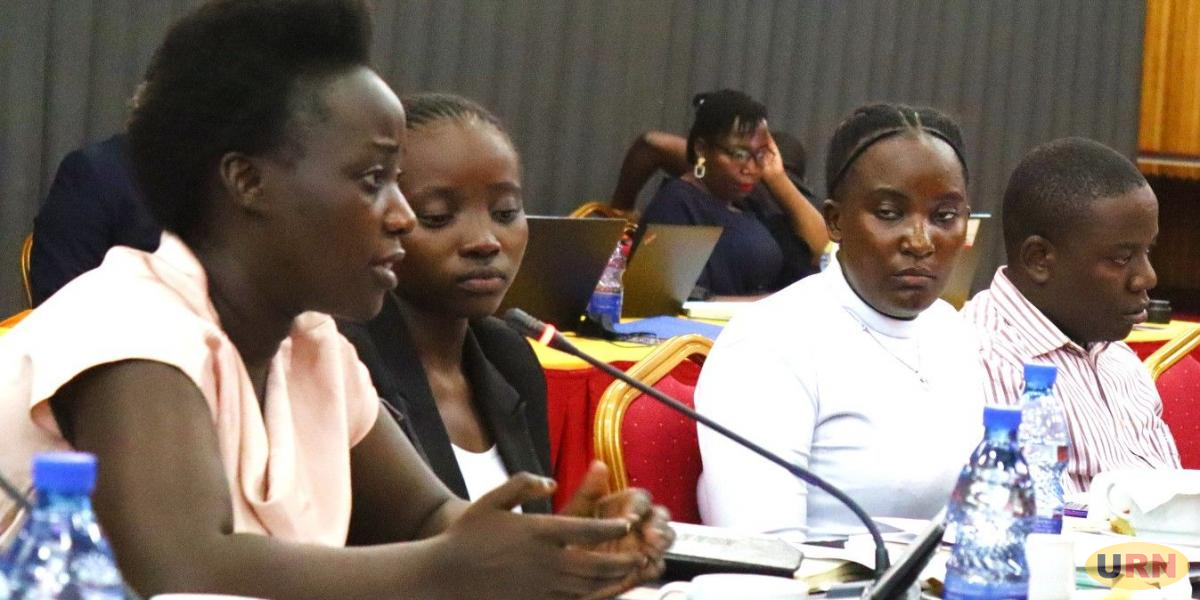 Lillian Kihumuro has described her journey of living with HIV for the last 25-years as long, tough and hard.  She was born positive and knew about her status at the age of three years.

“I was sick frequently, prompting my uncle who had adopted me to seek medical check-ups,” she revealed. The revelation about her status brought stigma and isolation from her new family members to an extent that she was not allowed to touch or use utensils.

Last week on May 23rd, 2022 Kihumuro was among representatives of 12 self-governing entities under the National Forum of People Living with HIV/AIDS Networks Uganda – NAFOPHANU who petitioned Parliament’s Committee on HIV/AIDS over the delay in the operationalization of the National AIDS Trust Fund – ATF.

The petitioners expressed concern about the future of people living positively in the country in the wake of waning donor funds. They also cited the persistence of stigma and discrimination, inadequate domestic financing for Health, and inadequate management of Non-Communicable Diseases – NCDs triggered by long-term use of Anti-Retroviral Treatment – ART among others that government should deal with.

She was enrolled on anti-HIV drugs and later, she joined a boarding primary school where she abandoned her medication – hiding her tablets due to ignorance of her illness. “I was never told why I had to take the medication and what I was treating.”

With Anti-retroviral treatment abandoned, Kihumuro’s condition deteriorated. She was sent back to her parents until she was taken again to Fort Portal Regional Referral Hospital where her uncle had earlier taken her for another medical examination. At that point she was told about her HIV positive condition.

As an adolescent, a girl and adopted she felt hopeless, and very saddened by the news. She attempted suicide but was restrained and locked for a week in a room to avoid her from taking an overdose to stop her life.

After completing primary school and onto secondary due to poor adherence to HIV medication, she progressed to AIDS. “I abandoned treatment for six months after a priest ‘anointed’ me with oil and convinced me I was healed.”

But she kept her drugs safely with the school Matron and away from the mockery of fellow students.

But one day, Kimururo recalled that the Matron ran out of patience and threw her tablets in the dormitory corridor while ridiculing her in front of other students. Angered by the Matron’s act, Kihumuru recalls collecting her scattered tablets and isolating herself in her room, and swallowing an overdose to aid suicide for fear of what her peers would say about her status.

Kihumuro narrated that her situation continued throughout her Advance Level of Education, and later at the university where she joined especially with her skin not-so-good looking prompting gossip among her peers.

It is an activity of the Uganda Network of Young People Living with HIV/AIDS – UNYPA. The Network helped expose her to people with similar situations where she openly shared her life story.

However, there was a particular incident of dating that Kihumuro recalled when her boyfriend expressed interest in her. Nonetheless, though they had not yet gone intimate. Kihumuro said she disclosed her status and the boyfriend pretended all was well.

But in a twist of events, Kihumuro said her boyfriend rallied his close relatives and friends in a restaurant and invited her over, for an abusive episode. “I thought he may have decided to engage me in a long-term relationship only to announce my status to the gathering and accusing me of wanting to infect him,” she explains.

Such are some of the heart-wrecking incidents of stigma and discrimination relating to HIV/AIDS that characterized Kihumuro’s early life at home and in school. But she says she has been empowered and developed more resilience.

Further, she disclosed that she currently dating a man who is HIV negative and has a one-year-old son who is equally negative. But she is adhering to her medicines to protect him.

Her story represents hundreds of others in the country who have faced the same ordeal.

Despite the significant progress in the fight against HIV/AIDS that Uganda has achieved,  over 1.4 people are still living with the virus and 1.2 million others are on treatment. UNAIDS estimates put HIV prevalence at 6.8 percent out of which 7.1 percent among women and 4.3 for men.

The Uganda Population-Based HIV Impact Survey (UPHIA) report 2021 estimates also indicate that 53,000 people were newly infected with HIV; 5,700 children aged under the age of 14 years and 48,000 adults aged 15 and above.

Modernised operation theatre with love from the US People to Pader district residents
May 27, 2022

Higher risk of high blood pressure after childbirth recorded in Ugandan women
May 22, 2022

COVID-19 vaccinators decry lack of payment by government for services
May 17, 2022

Refugees in Uganda grappling with malnutrition and chronic anaemia
May 17, 2022