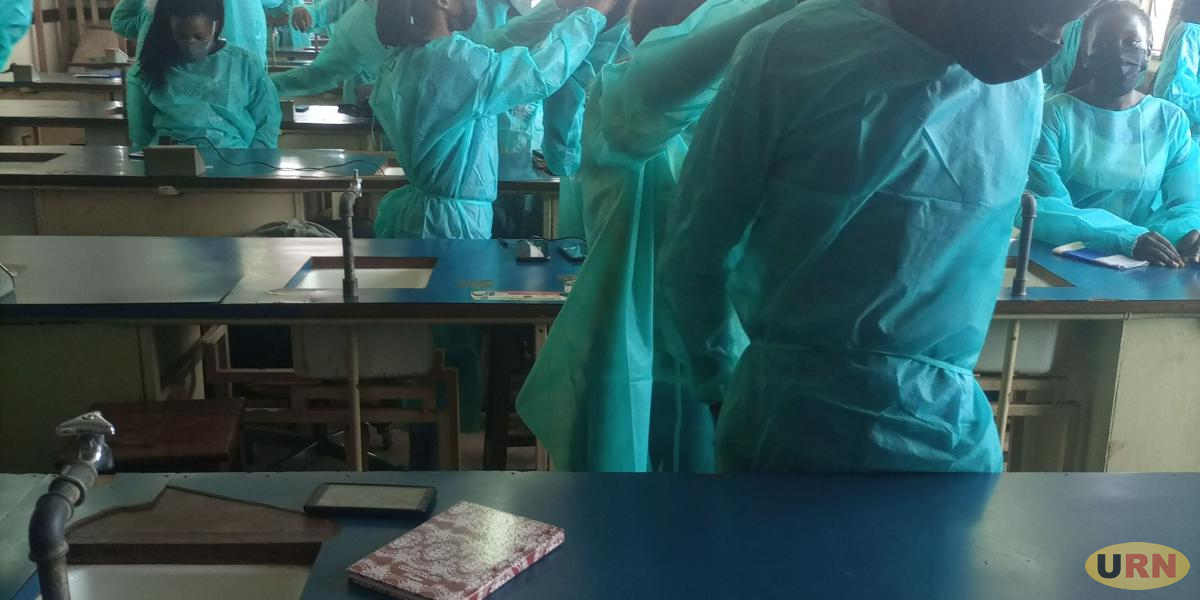 Experts at Makerere University have embarked on training volunteers to quickly detect cases, amidst increasing new COVID-19 infections and fears of the situation worsening once schools reopen next week.

Prof. Samuel Majalija, the Deputy Principal, College of Veterinary Medicine, Animal Resources and Biosecurity that’s spearheading the training told URN in an interview on Wednesday morning that they resolved to train graduates in medical laboratory technology related courses to do antigen testing such that there is a reserve team to be called to action in case of need in schools.

He says that they are observing that the laboratory experts employed by the government are not enough for the general population and that it’s not reasonable to plan to have the same professionals running to schools to conduct tests for students with symptoms as stipulated in the protocols for safe school reopening.

Prof. Majalija adds that other than closing schools as an extreme physical distancing measure, the government should adopt a programme of continuous surveillance such that those that get infected are quickly isolated and treated

According to Chief Trainer Andrew Nsawotebba, the volunteers will among others be trained on testing strategies, how to use the antigen test kit, biosafety and quality assurance among others which will be delivered through both theoretical and practical lessons.

The three-day training at Makerere University targets to reach up to 2,000 volunteers. But so far only 200 have signed up and will be awarded certificates that will be a form of accreditation allowing a school to approach them for testing.

Nsawotebba who is also a Lab specialist based at the Africa Centers for Disease Control says the trainees who will also be trainers in the different places where they will be deployed across the country are to be given a certificate issued by Africa but he adds, only those that will have scored 80 per cent will be allowed to offer support.

However, while experts pushing for this training initiative say testing is one of the sure ways that will guarantee safe continuity of education and quick countering of further transmission, the survival of the programme is entirely hunched on the will of volunteers and the ability by schools to cater for other costs such as transporting health workers.

For instance, Yusuf Welunga, the President of the Uganda National Students Association (UNSA) that has joined the campaign by mobilizing volunteers to come for training says they will be depending on the government to provide free tests kits to be used in schools.

For now, however, an online link is being circulated for any wilful volunteer to offer themselves for training and later on deployment in schools.