Uganda has Received 655,053 doses of the Astrazeneca Covid-19 vaccine 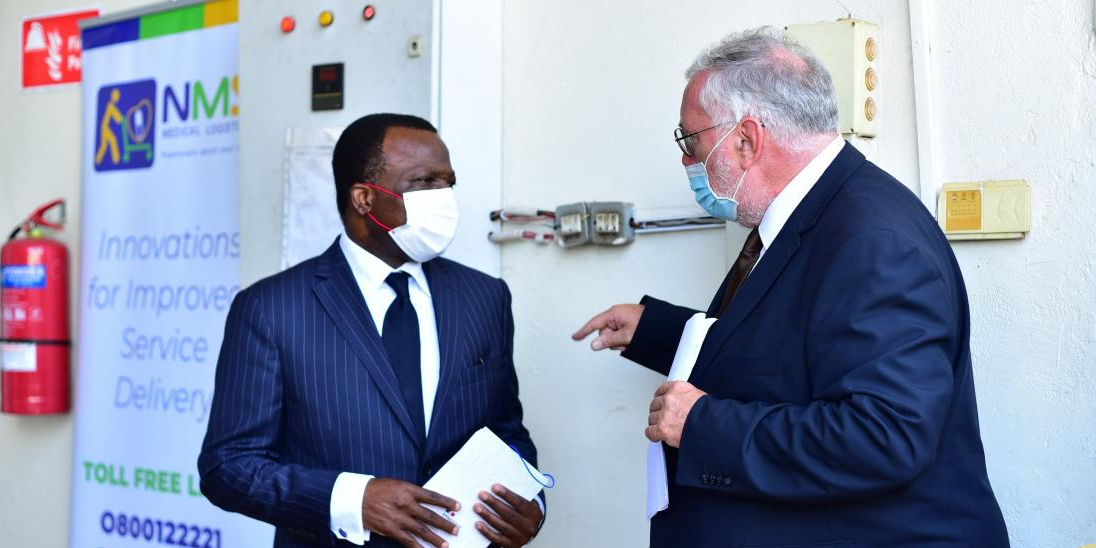 Uganda has received an additional 655,053 doses of the AstraZeneca Covid-19 vaccine.

Rudi Veestraeten, the Ambassador of Belgium to Uganda, says that this is part of the 350,000 doses the country has donated to Uganda, with the remaining half expected to arrive in the country by end of the year.

He says his country supports the global response to curbing the spread of Covid-19 through mass vaccination.

The French Ambassador Jules-Armand Aniambossou says the latest batch is part of the 10 million vaccine doses his government has donated to the African Union-AU.

This is the second time the French government is donating AstraZeneca Covid-19 vaccine doses to Uganda. The first batch of 175,200 doses was donated in June.

Aniambossou however urges the government to ensure maximum utilization of the vaccines.

Margaret Muhanga, the Minister of State for Primary Health Care received the vaccines on Thursday at National Medical Stores-NMS head offices in Entebbe.  Muhanga says the latest batch of 655,053 doses brings the total number of AstraZeneca doses received since March to 2,808,193 doses.

Muhanga lauded the two countries for supporting the government’s efforts of vaccinating the citizens.

Moses Kamabare the General Manager at NMS says the latest batch of vaccine doses will expire at the end of November. He said that the district task force must ensure that the vaccines are utilized.