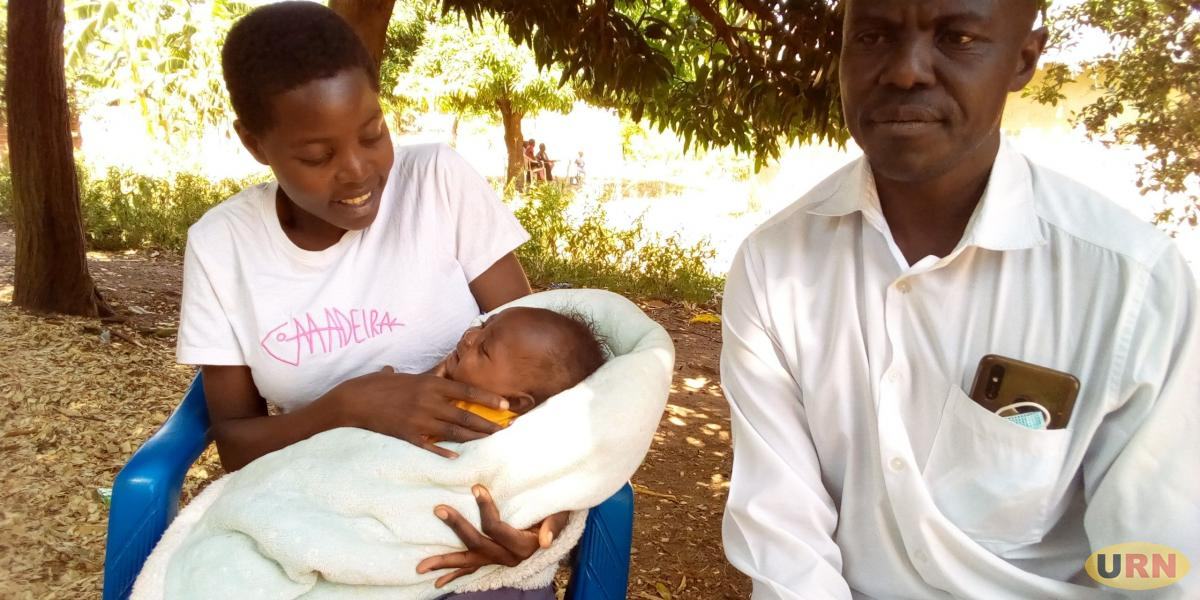 Several schools have dedicated the first week to offering counselling and change of mindset to enable learners to overcome the effects of the COVID-19 lockdown. Uganda’s learners returned to school this week after a two year closure, the longest worldwide.

Psychosocial support is being given by selected trained teachers and is aimed at addressing discrimination and stigma against pregnant teenagers and teen moms on how to adapt to the new normal while in school, as well as guidance and counselling and special needs handling for the teachers.

Joyce Okee Otim, the Headmistress of Awach P.7 School in Awach Sub –County says much as they had not yet registered any pregnant girl or teen mom all the 141 pupils who reported to school on Monday and Tuesday are undergoing psychosocial support.

Okee revealed that in the week-long program, they intend to talk to pupils to abolish the lifestyles they had while at home for the 22 months when schools were closed but adapt to the new normal.

School closures were enforced by the government as one of the measures to control the spread of COVID-19. Although some learners were studying online many others especially in rural areas have had zero teacher contact since the closure in March 2020.

Other learners took to self employment to earn a buck including vending fruits on streets, riding motorcycles (boda bodas), working at construction sites, whereas others helped parents in gardens and businesses, among other activities.

As well hundreds of teenage girls also gave birth during the lockdown. About 600,000 teenagers aged between 13-19 years are estimated to have become pregnant during the two year school lock down during COVID-19.

Ronald Ndawula, the Director of Everest Schools in Luwero says some learners need conselling to appreciate education rather than the economic activities they have been involved in during the lockdown. He added that apart from counselling, they will spend the first-week sensitizing learners on how to prevent COVID-19 and managing it in case they contract it.

Robert Mugabe, the Director of Studies at Luwero S.S. says that they began the term by engaging in prayer to thank God for enabling learners to return to school.

Uthman Basajjanaku Lubega, the Headteacher of Luwero Muslim Secondary School says that’s school is prioritising counselling for learners to enable them overcome short and long-term emotional, psychological and physical challenges that came with the lockdown, and to refocus and concentrate on school activities.

Baker Ayella Sam, the Director of Studies at St Martin’s Primary School said learners need to be encouraged to stay in school and for most of the learners they will need counselling to readjust to the school environment.

Pregnant learners have been allowed back to school;

Several schools have created safe spaces for learners who conceived during this time. The spaces are used mainly for breastfeeding and for use by pregnant learners. The government passed a directive for all schools to allow all learners pregnant or breastfeeding to return to school, as the gates reopened on January 10, 2022. Schools were encouraged to make the environment conducive for learners in this category.

In response, both primary and secondary schools in Soroti have set aside rooms to cater for female learners who may be pregnant or breastfeeding at school.

Although no pregnant or lactating mother has turned up, Awoja Primary School in Aukot Sub County has organized two rooms while Kichinjaji Primary School in Soroti City has a room for teen mothers. In Soroti Secondary School, three breastfeeding learners have turned up and they use the double room and shade created by the school to take care of their babies and their attendants.

Joseph Ecegem, the Deputy Head Teacher in charge of academics says that they have created space to accommodate more than 100 child-mothers if they show up. He says that the school has also recruited a nurse on standby to help mothers and their children while at school.

Winnifred Lawino, a parent at Unyama Primary School says the initiative to support pregnant girls and child mothers to stay in school is good but that the challenge may arise when the boys responsible for the pregnancies stop them from resuming studies.

According to Lawino, the pregnant girls and child mothers should either be separated from the rest of the learners or be advised to go for skilled training like tailoring among others. Philemon Michael Oriada, the Head Teacher of Awoja Primary School says they have put in place facilities that will accommodate children of young mothers as they attend classes.The mothers and pregnant teenagers will also be allowed to rest in the same rooms whenever they feel uncomfortable in class.

The Inter-Religious Council of Uganda-IRCU says the policy should be reviewed. In a joint statement read by the Chairperson IRCU Council His Grace Dr Stephen Samuel Kazimba Mugalu, who is also the Archbishop of the Province of the Church of Uganda; the religious leaders observed that the government rushed its decision before dully engaging the stakeholders on its implementation.
Prior to schools re-opening on Monday, the Ministry of Education and Sports instructed headteachers to allow all students to return to school, including giving a second chance to those who got pregnant or gave birth during the COVID-19 induced lockdown. According to the statement, although the religious leaders are not completely opposed to the return of pregnant and breastfeeding student mothers to schools, they have reservations about how the policy will appropriately be executed in an environment that has other learners who are yet to embark on a journey to parenthood or sexually abused.
The statement was issued during the IRCU members and Buganda clan leaders retreat conducted in Masaka, on Tuesday, to reflect on the relationship between culture and religion in community transformation.  Archbishop Kazimba said that there is still a need to have broader consultations with school foundation bodies to harmonize positions on how to better support all learners without compromising their values and safety.
He explains that in addition to the many apparent structural challenges in schools, the ministry guidelines are silent on the aspect of access to emergency healthcare and antenatal services to expectant student-mothers, which may become inconveniencing to both the school administrators and learners when the need arises.
The religious leaders also observed that the teachers who are readmitting teenage mothers and those expecting do not have the skills of managing such cases, which points to a lack of readiness and commitment to handling the challenge at hand.
In the meantime, the Inter-Religious Council has resolved to set up a joint response team that will monitor and provide psychosocial support to teenage mothers and fathers, as well as trying to address the other associated aftereffects that include among others stigma. According to Dr Kazimba, although the interventions are intended to address the immediate challenges of sexual abuse against teenagers, they will also form a basis towards finding a lasting solution to other social problems, by gradually invoking the participation of all stakeholders.
Category: NewsBy Health Journalists Network UgandaJanuary 12, 2022Leave a comment
Share this post
Share with FacebookShare with Google+Share with TwitterShare with PinterestShare with LinkedIn