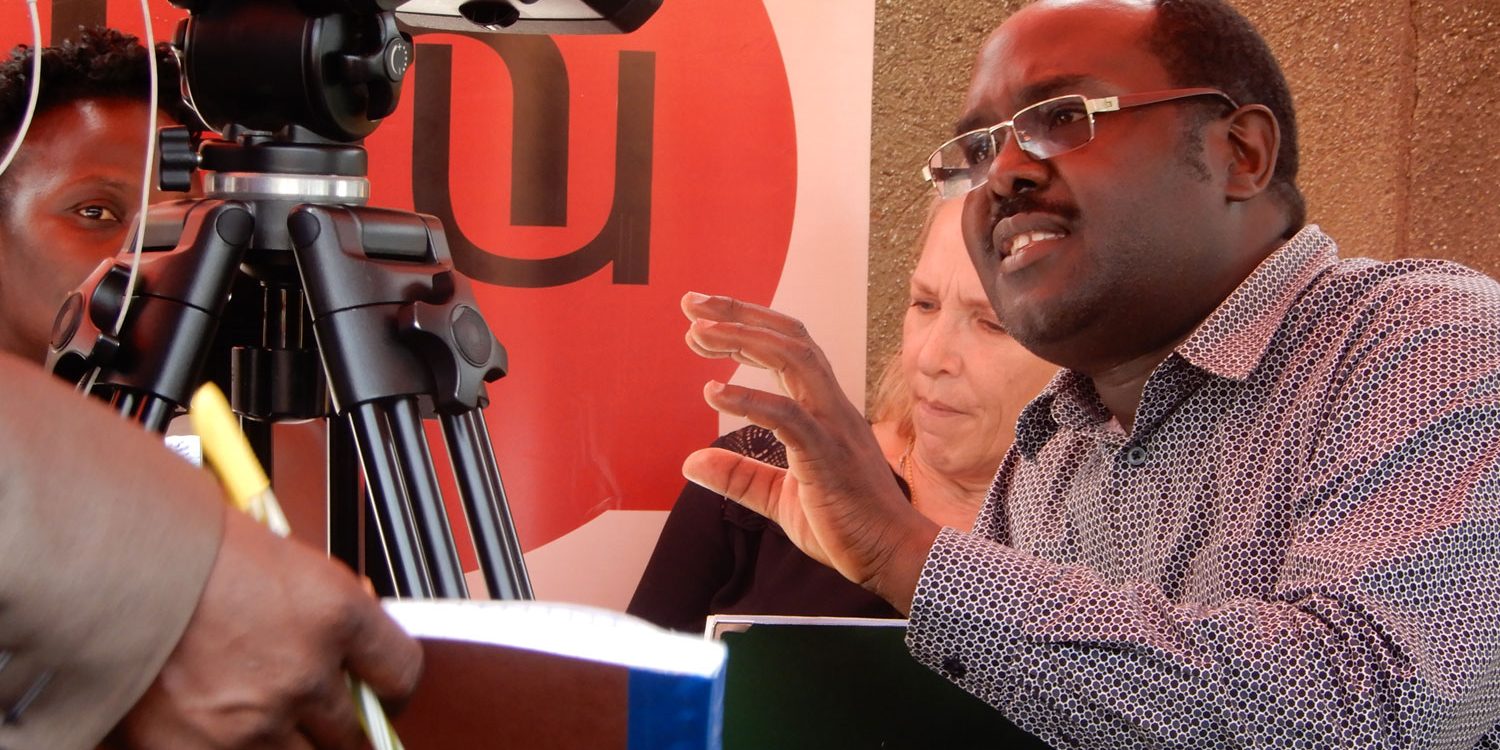 The Health Journalists Network in Uganda (HEJNU) members in partnership with Uganda Cares teamed up at a media science cafe held on 29th May 2019, to understand what is happening to this National Sexuality Education Framework and why it has not yet been implemented. Below are the highlights and excerpts from HEJNU media science cafe by Esther Nakkazi:

The ban has been fueled by a lack of information but also because Ugandans don’t come from a background of ‘rights-based’ living. When it was banned a secular was circulated to all stakeholders signed by the Ministry of Gender, Labour and Social Development.

It said we need to pause comprehensive sexuality education because of the misconception in schools and advised that the Ministry of Education would lead by coming up with a framework which it did and it was launched in May 2018 by the first lady and Minister of Education.

The process of developing the framework was long and tedious. I don’t want to talk on behalf of the technocrats or anyone but I know there is a bit of fatigue because we feel we are not moving as fast as the country needs the sexuality education framework.

The framework was premised on basically two things; The framework is values based. Do you all have values? Are your values the same as your neighbour? If the framework is values based we have religious, cultural and ethical values. It also has six principles; God-fearing, parental role in child up-bring, centrality of the family in child upbringing, age-appropriateness, risk avoidance and lastly preparedness, response and rehabilitation of learners.

The principles and values provide for the basis of whatever we might need to pay attention to it as journalists of HEJNU.

In theme 1 which is sexuality and human development, it includes ‘knowing oneself’. There is male and female reproductive anatomy and physiology; puberty; human reproduction; body image and sexuality.

In the sexuality and relationships theme, there is types of love, dating, and courtship, preparing for long term relationship, good versus bad relationships, marriage and family.

And in the last theme of sexuality and sexual health the topics are menstrual health and hygiene; prevention of pregnancy; importance of antenatal and post-natal care; Abortion and risks associated with it; Sexually Transmitted Infections/Diseases; HIV and AIDS; Care and Support of people suffering from STI and STDs including HIV; Non-communicable diseases and Sexuality.

Targets of education are covered in the framework distributed across the age ranges; early childhood (3-5 years) for pre-primary leaners in nursery, lower primary; (6-9 years) from Primary 1 to 4, upper primary (10-12 years) from primary 5 to 7, lower secondary (13-16 years) from senior 1 to 4 and lastly A-level/tertiary institutions 17+ years senior 5 to 6 students , tertiary institutions of learning for example colleges, institutes and universities.

The comprehensive sexuality education package is provided according to that age and that is where we get to age-appropriate terms. I want to comment that I am aware that there’s been reactions and discussions about this framework and it comes largely from the Catholic faith.

They have questions about the package especially for the early childhood (3-5 years) for pre-primary leaners in the nursery, lower primary. But also of things like marriage and family, mostly how they are packaged.

I know that there are certain things that are within this framework that I don’t believe in and I don’t agree with and it’s because of the lens I have and I believe in. We shall wait for whatever step the country decides to take but right now we can only lobby and give a lot of information so that people understand what we are talking about ‘a rights-based approach’ other than ‘values-based approach’.

Some of the right’s best approach aspects are not agreeable because they are not ‘Godly’ and they say are not acceptable. Ladies and gentlemen that’s all I can give you as a preamble. Thank you.

The schools have been using other documents for example under PIASCY. So does this mean that you know PIASCY is not operational anymore? If it is how is comprehensive sexuality education going to be integrated into what already is happening in schools?

We have issues like different themes. From the civil society point of view, we say we need to equip the teachers. There is no way that we ought to give this information to children without teachers knowing exactly what they are talking about. That is very key.

We have a lot of partners outside the schools sharing ‘values based’ information so how is this going to either contradict or integrate with the information that is already going on outside our schools.

I know that the Ministry of Gender is working on a sexuality education framework for the ‘out of school’ and again a lot of engagements were done when this document was being developed. It will be very instrumental and important for the in school and out of school and what kind of information that they are sharing together.

So for me as an advocate, it doesn’t make sense empowering a person that’s in school and leaving another when there’s going to be that difference in information. There’s going to be a clash. There should be many more engagements right now to avoid the big backlash.

We should actually be up to date on what exactly is happening with this document where it is in the system. Is it implemented? What role do you play as a journalist in the implementation of such a document?

As civil society, we are worried about the Catholic fraternity which runs almost 90 percent of our schools. So if they do not agree with this there’s going to be a very big backlash. And right now as steps are going forward to make sure this is implemented those are very key aspects. Those are very key people to involve and engage to make sure that they are on board.

Should the comprehensive sexuality education be withdrawn, of course not! It is a very good document but we just want to be sure that it does what it was meant to do. The other thing we are going to know is actually is it going to work and we’ve been having these discussions so let’s try and implement this. From implementation we are going to learn that there are certain things that are not supposed to be the way they are or that they are things that deserve to be changed.

About how long it will take to be reviewed –  the budget and things like that? This is like any other policy document or a framework that can actually be reviewed to incorporate those things. But I don’t think it can be withdrawn. I think we are not going to use it but before we need to try it and see how exactly this is going to work for us.

As media, we have a role to play in this framework and I will summarize the roles in five points: Explain the framework, comply with it, support it, appraise it and evaluate it.

Our first role as media is to explain the framework because we have the audiences and have the platforms. The second role is to comply because the framework faults the media so much that we are the ones bringing bad habits among the children. The third one is to support the framework. Support it as you appraise it as we support it.

If you go to the ministry and you ask any question about this framework some of the technocrats say we finished our work and handed it to the minister. She went and changed a few things. We cannot challenge it without losing our jobs. So let the implementers do their job and start implementing but they say don’t quote me.

The ministry now has the Life Skills Summit every year on sexuality education being conducted at a regional level. It replaces the Youth Conference that used to be conducted yearly. What happens is they gather young people in a central place and then talk to them about this thing called sexuality education but they are doing it a little differently as they identify student leaders from different schools because it’s hard to gather all the students. One summit has been held in Kampala region already, held at the Kololo air strip with over 2000 student leaders gathered for three days.

The other thing that the ministry of education is doing right now is that they are planning on resource materials with questions like what exactly do learners need? What do teachers need? This is exactly what Bridget alluded to in her talk because the teachers have no guide. So we have a comprehensive sexuality education framework but the teachers don’t have a specific date on how they should talk to learners but the ministry says it is in the process of drafting materials for learners, materials for teachers and training materials.

Lastly, in the bid to harmonize with all stakeholders a meeting is planned on the 20th of June. The meeting will be between the ministry and key stakeholders I should say I think it’s the technical working group meeting as well as the Episcopal Conference or the Catholic Church. We hope that this meeting should be able give us a tie breaker on this issue so that we can move on. Otherwise as of now we know there was several printed copies of the sexuality education framework at the ministry that await to be distributed. They would have been distributed immediately after the launch but I think they await the Episcopal conference because the Catholic church said they don’t agree.

My opinion is that let us try out what we have and see how exactly that this is going to turn out. This comprehensive sexuality education framework is meant for in school but unfortunately, we have children out of school. From the engagement, we have had all stakeholders are looking at a child who is at the center of all this issue.

We also need to realize that some of the children that are out of school are in unique settings and come from unique backgrounds which gets me to the other question of age appropriateness. If you find that a 6-year-old has gone through certain things in a life that makes them a 15-year-old. That information that you’re giving them as a 6-year-old is actually not going to help them when we speak from a public health aspect.

I think these documents need to be aligned so they can save a child at whatever level they are at that as parents you’ll know that. I mean I’m a parent. I have an eight-year-old and the discussions you are going to have with them may be different from what you give for example Fresh Kid ( kid musician). The environments that they go through that as children is different and although we are looking to protect them but there those that don’t have that protection that needs this information.

We are then doing an injustice by not talking about certain things because we are worried that our morals are going to be demolished. That is where age-appropriateness comes from, the setting of the child needs to be looked into and with those two documents in school out of school. For me, it doesn’t matter. A child is a child wherever they are. And the mere fact that a child is just vulnerable. Now the other things that make a child vulnerable are there you know. A child is a child they are vulnerable. They need information.