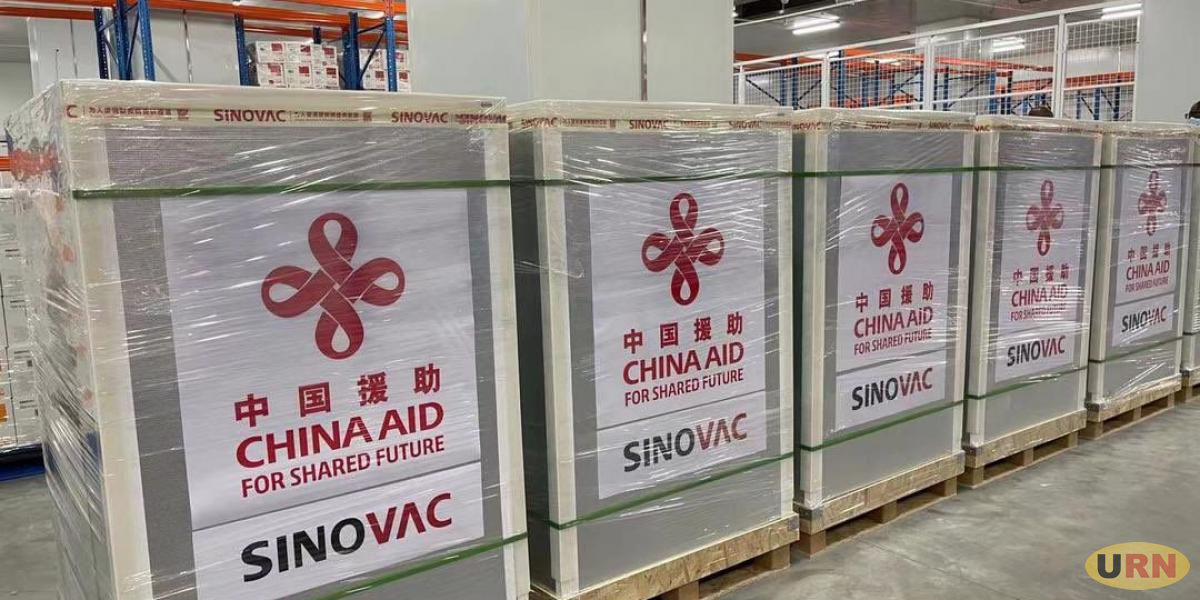 The Ministry of health is considering allocating the Sinovac vaccines donated from China to the business community.

The country at the moment has a total of 300,000 doses that were donated by the People’s Republic of China and the government wants to give them to groups of people in banks, companies and organizations that might be interested in getting vaccinated.

However, while the government resumed the vaccination exercise this week using AstraZeneca vaccines, the health ministry decided to first hold back the Sinovac vaccines.

According to health ministry officials, the available vaccines will be used to fully vaccinate 150,000 people who are in organized groups. Groups that are being targeting to get the vaccine include; soldiers, persons working in organizations or those belonging to associations of persons with co-morbidities.

Dr. Immaculate Ampaire, the deputy programme manager of the Uganda Expanded Programme of Immunization says they are targeting a few organised groups due to the few available doses.

” We have a few doses of the Sinovac vaccine so we cannot give this vaccine to everyone. We have decided to give it to a few organised groups so that they can be fully immunised because we are not sure if we shall get another donation,” said Dr. Ampaire.

“These are groups of people that need to prove that they will follow up with all those vaccinated to ensure that they get two doses to reduce on waste. This vaccine is not like the AstraZeneca vaccine where we hope to get more doses,” said Dr. Ampaire.

During the first phase of vaccination, records from the health ministry show that persons in such groups were more vigilant to get immunized compared to those in the target groups. This group included organized groups like people who work in banks, legal fraternity, truck drivers and people in the tourism sector.

Dr. Alfred Driwale, the programme manager of UNEPI says people in these groups are more willing to get the vaccine compared to the targeted groups like health workers or even teachers.

He says instead of allocating the vaccines to people who would not use them, they decided to give them to a few select groups that want them.

“From past experience, people in organized groups are more willing to get the jab. They know its value and that is why even in the first round of vaccination, many of them reached out to us to get the vaccines. With these groups there is no begging them to get the vaccine. They want it and even look for you to give it to them,” Dr Driwale said.

The Sinovac vaccines can be stored between normal refrigeration temperatures of between two to eight degrees. The vaccine was approved for use by the World Health Organisation and as such is one of the vaccines that can be shipped to countries through COVAX.

The vaccine requires two doses two to four weeks apart and efficacy studies show that it can stop severe disease and deaths in 51 vaccinated people out of every 100.

Despite this, the government has not expressed any interest in buying the vaccine. According to health officials, this is to the high cost of the vaccine compared to other options.