Ministry of health and education clash over decision to open schools 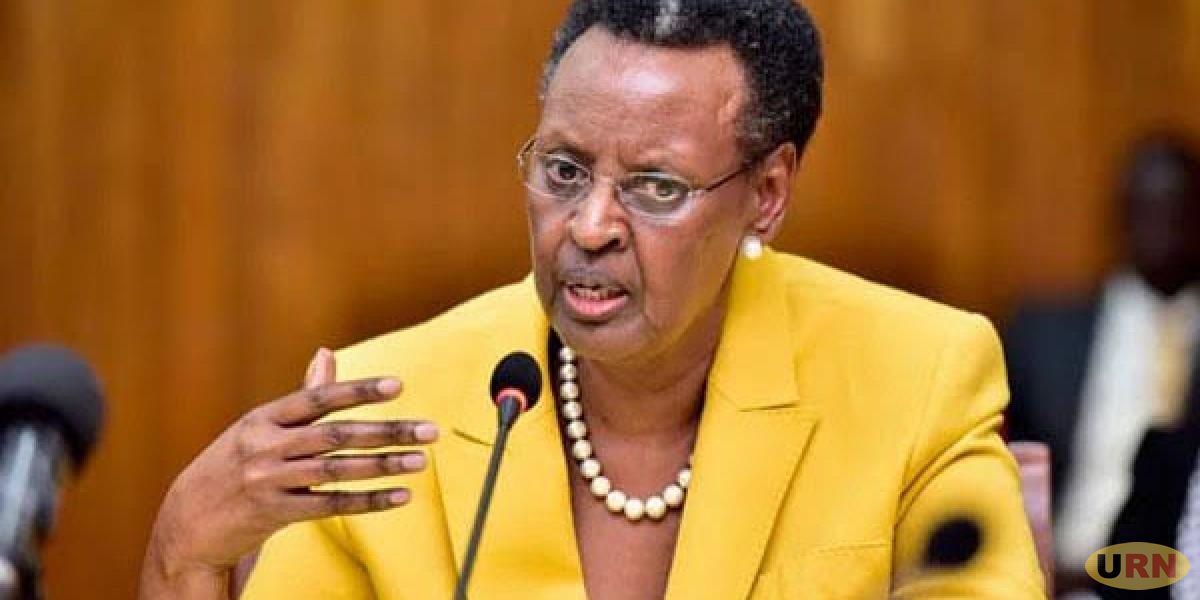 The Ministry of Education and Sports and the Health Ministry have clashed over who should be vaccinated in the education sector as the country looks at reopening of educational institutions. Over 15 million learners in Uganda are stuck at home due to school closures that was enforced as a measure against the spread of COVID-19.

In a press release issued this afternoon, the minister of education and sports Janet Kataaha Museveni called for mobilization of learners above 18 years of age in addition to teaching and critical non-teaching staff so that they are vaccinated.

“As the ministry of education and sports, we have engaged with our sister ministry; the ministry of health to align our efforts towards getting teachers and learners above 18 years of age vaccinated,” she said asking collaborative stakeholders in local governments including political leaders, DEOs, RDCs, among others to sound trumpet for the cause.

In Uganda, learners 18 years and above are on average found in Advance level and post-secondary. This means that government might be targeting an estimated number of 600,000 students from senior five to universities and other institutions of higher learning.

This is in addition to the targeted 550,000 teaching and non-teaching staff. Statistics shared by the health ministry last week showed that at least 209,336 school staff (33 percent) had received their first jab.

The minister stated that schools shall remain closed for some time until certain conditions as set by the President during his last COVID-19 address are attended to.

“These conditions include(d) getting all our teaching staff in these institutions and learners aged 12 to 18 years vaccinated,” she noted in a press release.

The minister noted that whereas those above 18 years are called for inoculation, learners aged 12 to 16 years will be told when to go for the jabs when COVID-19 vaccines for their group is made available.

However, authorities in the health ministry say that the minister’s call to mobilise all learners above 18 years is not in line with what the two ministries agreed upon during their meeting last Friday.

The programme manager of Uganda Nation Expanded Programme on Immunization, Dr. Alfred Driwale, notes that the ministry of health has not revised the categories of who should receive the COVID-19 vaccination at the moment considering priority and available vaccine supplies.

Dr. Driwale says that they have listed health workers, security officers, teachers, persons above 50 years of age, essential workers and those with comorbidities. He adds that they agreed that vaccination will be available to teachers and students specifically in health training institutions since they are categorized as health workers but not all learners above 18.

With Uganda remaining an island of school closures in the region, many people and organizations have criticized government’s move to tag resumption of physical classrooms to vaccination in face of vaccine shortages plaguing low-income countries like Uganda.

There have also been questions of what options are available for learners below 12 years who are estimated to be the majority in the school system accounting almost for all learners primary and pre-primary level.

Drawing alternative options, the said groups have advised that schools can be reopened with enforcement of Standard Operating Procedures, beefing up inspections, and COVID19 surveillance to eliminate the possible concealment of cases, a factor that led to a surge of infection before the second school closure in June this year.

Others have also advised the government to think of having shortened learning sessions, for instance making a term to last one month, as it would be easier to control infections and remove the laxity in adhering to SOPs that normally comes with long sessions. However, the education ministry seemed to be locked up with an idea of vaccination.

Officials from the ministries of education and health and other experts are meeting to discuss the possibilities of reopening education institutions.

Recently, President Yoweri Museveni had tagged the reopening of schools to the vaccination of all learners including those between 12 and 18 years.

However, over the past week, the government has been under pressure to look at other possible alternatives. They argue that the desired vaccination plan might not be achieved any time soon due to the shortage of vaccines in the country.

The ICT and National Guidance Minister, Dr Chris Baryomunsi asked the teachers to put aside all the myths and misconceptions they had on the covid19 vaccines so that they go for vaccination as one of the steps towards the safe reopening of education institutions.

Initially, the reopening of school was focused on vaccinating teachers and non-teaching staff. However, by the time the country underwent the second wave, only 10 percent of them had received their first jab.

Data obtained from the health ministry show as more vaccines have been delivered by Thursday this week nearly 38 percent (accounting for 209,336 teachers out of 550,000) had been vaccinated.

Several groups and experts have come up with alternative options for reopening schools. They include enforcement of Standard Operating Procedures, beefing up inspections, and COVID19 surveillance to eliminate the possible concealment of cases, a factor that led to a surge of infection before the second school closure in June this year.

Others have also advised the government to think of having shortened learning sessions, for instance making a term to last one month, as it would be easier to control infections and remove the laxity in adhering to SOPs that normally comes with long sessions.

Meanwhile, the Uganda National Students’ Association-UNSA leadership has also advised the government to borrow a leaf on how other neighbouring countries like Rwanda and Kenya have been able to reopen.

Moses Ariho, interim UNSA chairperson says that the closure of schools has negatively affected learners by causing time lag for their academic journey in addition to exposing them to different effects of sexual abuse and drug abuse among others.

While speaking on international youth day celebrations held on Thursday at Kololo ceremonial grounds, President Museveni noted that his government would not be forced into reopening schools. The president re-echoed his earlier stand that the government’s priority is saving lives first.