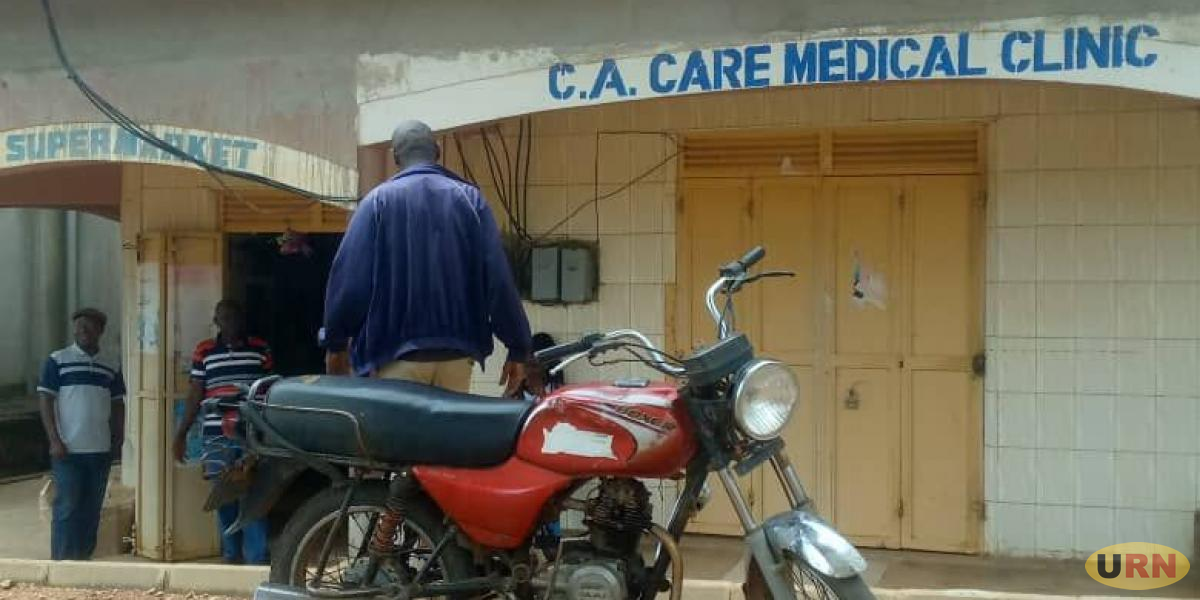 C. A Care Medical Center in Kitagwenda town council in Kitagwenda district is under the spotlight following the death of a patient under unclear circumstances. Residents want the authorities to close the clinic, which belongs to Julius Katungyisa, whom they accuse to be a quark medic.

Trouble for Katungyisa started on November 21st, 2021 after he performed an operation on Didas Ngabirano. Unfortunately, Ngabirano passed on two days later at Ibanda hospital where he was referred to for further management after the operation turned bizarre.

The deceased’s father, Donato Kihika, a resident of Kyotamushana village in Kyotamushana ward explains that Katungyisa convinced them that his son had a hernia and needed surgery, which they accepted. He, however, says that after the operation Ngabirano’s condition worsened, and was referred to Ibanda hospital where he breathed his last.

Kihika claims that Katungyisa bribed doctors at the Ibanda hospital who declined to issue a report explaining the untimely death of the deceased. He says that as a family, they went to Rukunyu health Center IV and conducted a private post-mortem.

He says that doctors informed that them the patient was poorly operated on by unprofessional people, which caused infections that damaged his organs and the brain, which resulted in his death.

Patience Ahebwa, a resident of Kyotatumushana ward, says that she also lost a relative at the same clinic under unclear circumstances. She says that despite reporting the matter to various authorities, nothing was done.

“We have raised our voices and petitioned the office of the D.H.O but because of Bribery nothing has been done and his clinic, which has turned to be slaughtering slab is still operating, this same masquerader was chased from Rukungiiri over the same,” reads the petition in part.

Joseph Muhwezi Sekasambu, the Kitagwenda Deputy Resident District Commissioner, says that the matter was brought to the attention of his office and is under police investigation. He says that they have also tasked the District Health Officer, Dr. Margaret Karungi to find out whether the suspect is qualified and licensed to perform surgeries.

Julius Katungyisa has not yet commented on the matter as he couldn’t be reached on his known mobile number. His clinic is still under lock and key. Henry Mugarura, the Kitagwenda district police commander said he was on leave but rather aware of the matter which he said was still under investigation.

Dr. Christine Karungi, the Kitagwenda District Health Officer told URN that the health department conducted thorough investigations, which shows that the deceased had underlying conditions, which caused his death. She, however, declined to comment on whether or not Katungyisa is a licensed.