Montreal, September 14, 2017 – Journalists based in Africa suffered from a lack of credible information
during the West African Ebola viral epidemic in 2014, states a report published today by the World Federation of Science Journalists (WFSJ) in partnership with the Department of Journalism at Concordia University.

“The report concludes that if better communication and access to credible information were in place, many deaths may have been avoided,” says Damien Chalaud, Executive Director of the WFSJ.

The research set out to better understand the barriers and success factors experienced by journalists covering disease outbreak situations.* It was conducted from late 2015 to early 2017 in several Ebola crisis affected African countries and included a qualitative survey (57 participants), qualitative interviews (33 participants) and an online survey (133 participants). The complete report is available online.

The online survey results showed that 93% of journalists surveyed agreed that the credible use of
information during outbreaks such as Ebola needs to be improved. “Journalists were very clear in expressing challenges with a lack of collaboration from government, difficulty accessing health experts,
and finding timely, accurate and centralized information,” says David Secko, Chair of the Department of Journalism at Concordia University and leader of the Concordia Science Journalism Project. 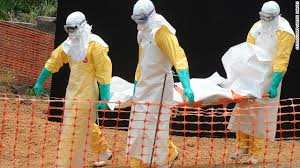 In response to these challenges, the WFSJ organized 6 infectious disease training workshops in sub-Saharan countries in 2015 and 2016. Over 600 applications were received, and more than 100 health journalists participated coming from 21 countries. Training covered the science related to infectious disease outbreaks, such as differentiating a good information source from a bad source, a vaccine from a drug, etc.

During the training, journalists repeatedly mentioned the need to connect with independent, local health experts to validate facts behind disease outbreaks. Because building trust between journalists and experts increases successful collaboration, the WFSJ built
the Health Toolbox, an interactive platform on infectious diseases, allowing journalists and local experts to connect easily.

The report points to important lessons to be learnt and the future work that needs to be done. “More capacity building is needed to improve disease epidemic reporting, as well as real-time collaboration between journalists and experts for facts validation,” says Chalaud, “but we’re on it”.
This project was funded by the International Development Research Centre (IDRC) in Ottawa.

Accountability Breakfast event calls on governments to protect women’s, children’s and adolescents’ health during COVID-19 and beyond
October 1, 2020