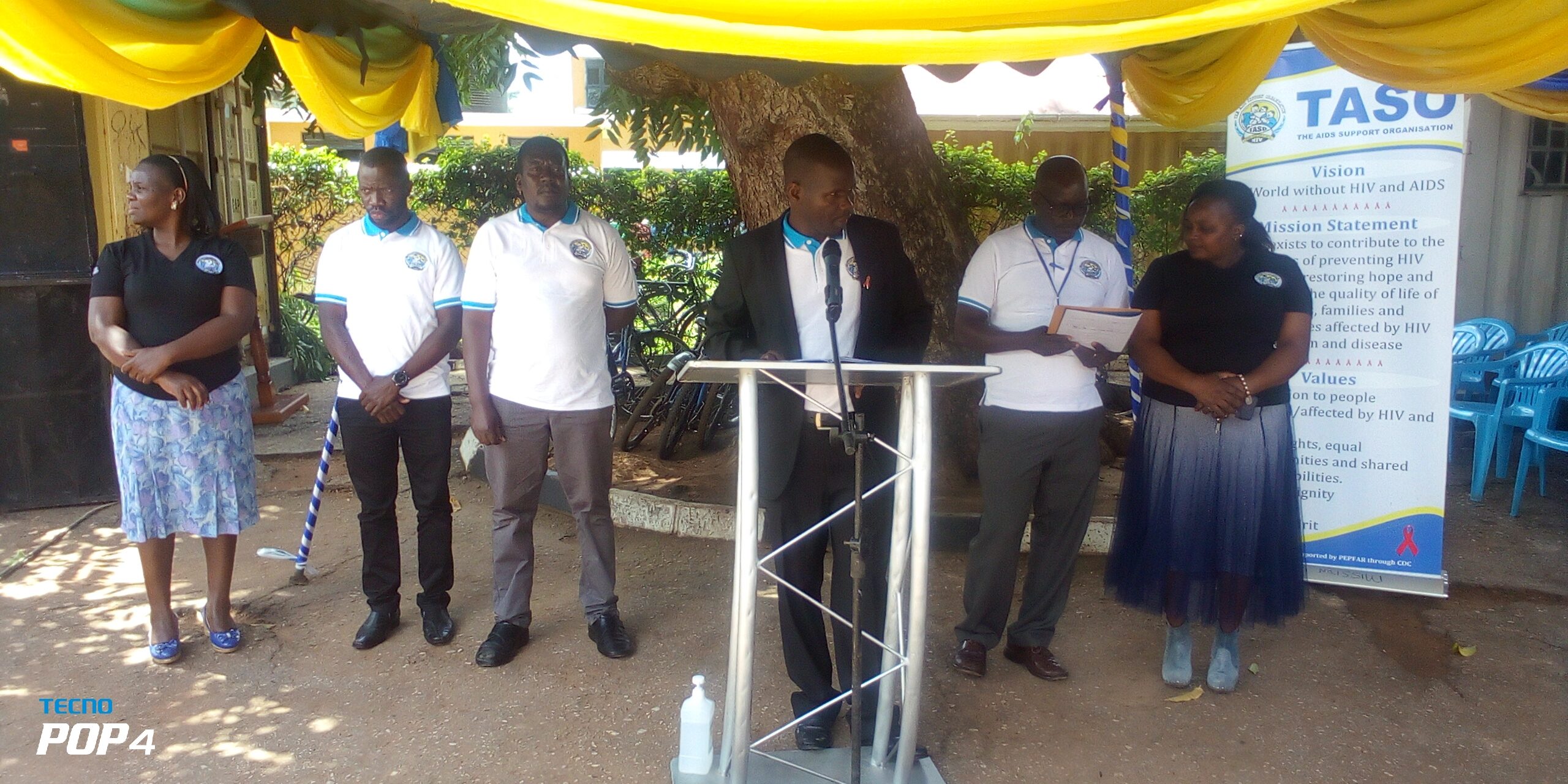 Over 5000 people HIV positive persons living in Soroti district are not on anti-retroviral drugs says Dr. Baker Bakashaba the Taso Soroti Region project manager. Most of these are young people aged of 20-39 years, majority of them male and who occasionally visit health facilities.

He revealed this at the 16th annual center general meeting for Taso Soroti center of excellence on 2nd September 2022. The missing persons are hindering the fight towards preventing new infections and achieving the 95%, 95, and 95 UNAIDS target by 2030 in the North East.

In joint partnerships with the districts and the health facilities, the region planned to reach to the communities to provide information, screening people for eligibility and then offer test where eligible.

Dr. Baker Bakashaba said if someone can’t come to the health facility, they will give them an HIV self-test kit and if he or she tests positive they advise that they visit the health facility for cancelling and enrolment on treatment.

According to the recently released UPHIA 2020 results, Uganda has attained the second 95, of enrolling persons with HIV on antiretroviral therapy (ART) treatment and is almost achieving the third 95 of viral load suppression prevalence however the critical gap remains in the first 95 that needs more effort to identify HIV infected people that are not yet identified and enroll on treatment.

The Taso Soroti region project covers 15 districts including 11 in Teso with Soroti city and 4 in Southern Karamoja. It’s implementing the 5.5 year project aimed at accelerating epidemic control in the above areas with funding from PEPFAR through Center for Disease Control (CDC).

According to Dr.Bakashaba, with support of $40.6 from the funders, they are were able to support the region to attain 94%-98% and 845 of the UNAIDS targets,  by testing 1.8million individuals, identified 24,000 HIV positive individuals 98% of which were linked to treatment.

50,986 individuals are on lifesaving antiretroviral treatment, a total of 10,788 pregnant and breastfeeding women were provided with ART to prevent mother to child transmission of HIV among other programs.

Bakashaba said the region continues to strive hard in ensuring that the 5,000 people are identified and enrolled on ART to prevent new infections.

“We shall therefore continue to work with all stakeholders in the districts and other partners to build on the last 5.4 years to ensure a sustained epidemic in the region” Dr. Bakashaba said.

Dr.Jane Mulemwa (PHD) member Taso Board of trustees and also one of the founder members of TASO Uganda in her speech said that unless the country focuses on empowering people to stop new infections, the country shall continue counting the statistics and hence fail to meet the UNAIDS target by 2030.

She said the target should change much on cancelling and guidance to build confidence in those living with HIV that they all have potential and new infection should end with them.

“Why would you want to be traced with treatment that is lifesaving?” she asked.

Dr. Mulemwa suggested that some of the strategies like self-testing are still promoting stigma and hindering the closing of gaps for new infections.

According to her, a person may go and self-test and find the result positive then decide to confine the result within him or herself. This means that there is still stigma that pushes people to self-testing and makes it very hard to end new infections.

“Cancelling and guiding individuals continuously to maintain the spirit of HIV new infections stops with me is the way to go” she ended in her speech.

Dr. John Ekure who was the keynote speaker however advised people living with HIV to disassociate them-selves from religious beliefs that portray prayer as a replacement for anti-retroviral treatment and stop taking their drugs.

In the meeting, Dr.Godfrey Egwau who has been the chairperson Center Advisory Committee (CAC) at Taso Soroti center of excellence for five years ended in service but remained a permanent subscriber member for Taso.

He handed over to Rev Fr. Daniel Oret who pledged to embrace total team work and build on the foundation left by the out gone CAC members.

“I have not come to abolish or remove the values of TASO but rather cherish and uphold the values” he said. He was given the Taso constitution.

The 2022 annual center general meeting was supposed to have taken place in 2020 but due to covid-19 interruption, it could not take place. It’s meant to account for the resources from people of good will, subscriber members and donations to the public but also to source for subscriber members to support its activities,

The Lancet: Improving road safety measures could save half a million lives every year worldwide
August 25, 2022
Let’s talk food insecurity and why: US and Russia officials in Uganda
August 3, 2022