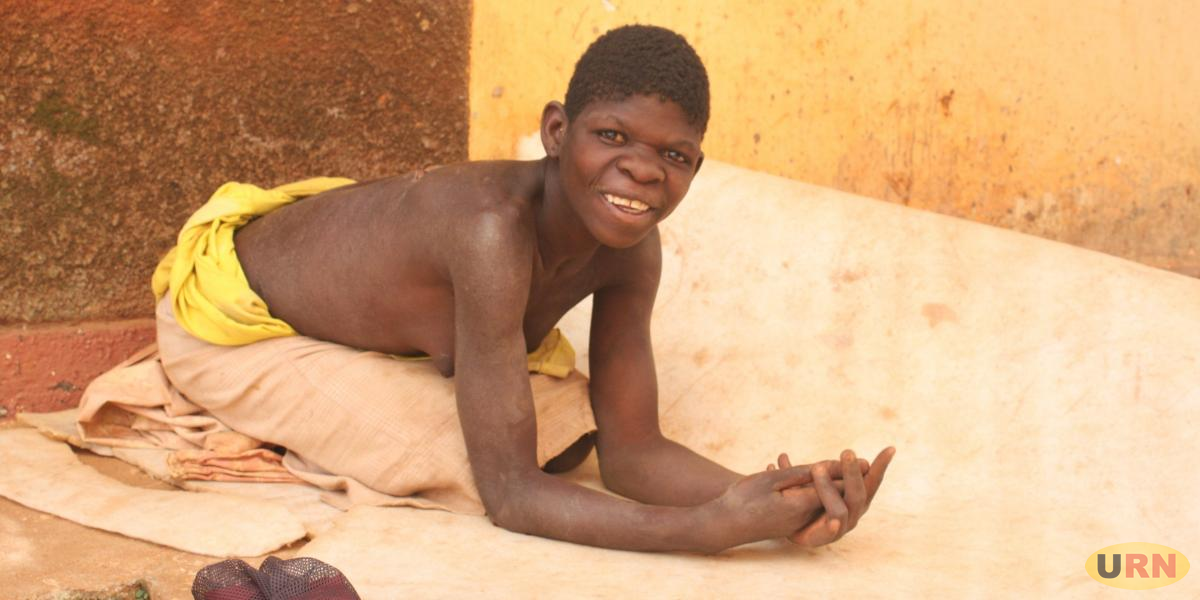 A  young girl estimated to be aged between 10 and 15 years suffering from cerebral palsy has now spent about a month sleeping outside on the veranda at a public hospital, Mukono General Hospital due to lack of facilities to accommodate her given her health condition.

According to the hospital management, she was dropped at the facility by a bodaboda rider who claimed he was going back to girl’s home to pick the caretaker but until now has never returned.

The girl is suffering from cerebral palsy which is a result of damage to the cerebrum – a part of the brain responsible for body movement due to environmental and natural causes. It affects muscle tone, movement, and motor skills hence, hindering the body’s ability to move in a coordinated way.

“Our disability is difficult to identify just as the data of people affected by cerebral palsy,” says Rashid Kalule the chairperson for the Uganda National Association of Persons with Cerebral Palsy (UNAC) which has registered 900 people in Uganda.

“The database of who is infected is almost entirely absent. Even if the categories of the condition vary all are lumped in one group — as persons with cerebral palsy.”

By virtue of their disability, persons with cerebral palsy face significant mobility-related barriers that limit their full participation in activities of daily living as well as access to services and other opportunities.

Such barriers place them in a vulnerable position of all kinds of abuse, ignorance, and poverty says Kalule.

He says they are among the most marginalized persons with disabilities in Uganda since Cerebral palsy is not largely recognized by mainstream National Development programs.

Clearly the girls’ human rights are being violated but the Facility Acting Administrator Fred Wademe says they are currently stuck with her and she requires tight supervision given her health condition that involves defecating and urinating anywhere causing inconvenience to other clients in the female ward.

Wademe says the girl was examined at Butabika and discovered that she has no forms of psychiatric disorders but cerebral palsy changes. She has difficulty in talking nor can she use signs for one to help trace her origin.

The homeless girl wraps herself in a small old tarpaulin every night to beat the cold. Mary Namakula, a janitor at the hospital who feeds her appeals to any organization with the ability to care for such persons to offer her a new living.

The hospital does not have children’s wards for either girls and boys, and whenever in-patient admissions are required, they are instead admitted at the adults’ wards. According to Wademe, the facility has always been challenged handling such cases since they lack special arrangement for them.

The facility was elevated by the Ministry of Health to the level of a general hospital from Health Center IV last year in July to start handling cases that require specialised and advanced medical attention due to the increased number of patients flocking the facility.

The Only Hydroxychloroquine Story You Need to Read
August 6, 2020